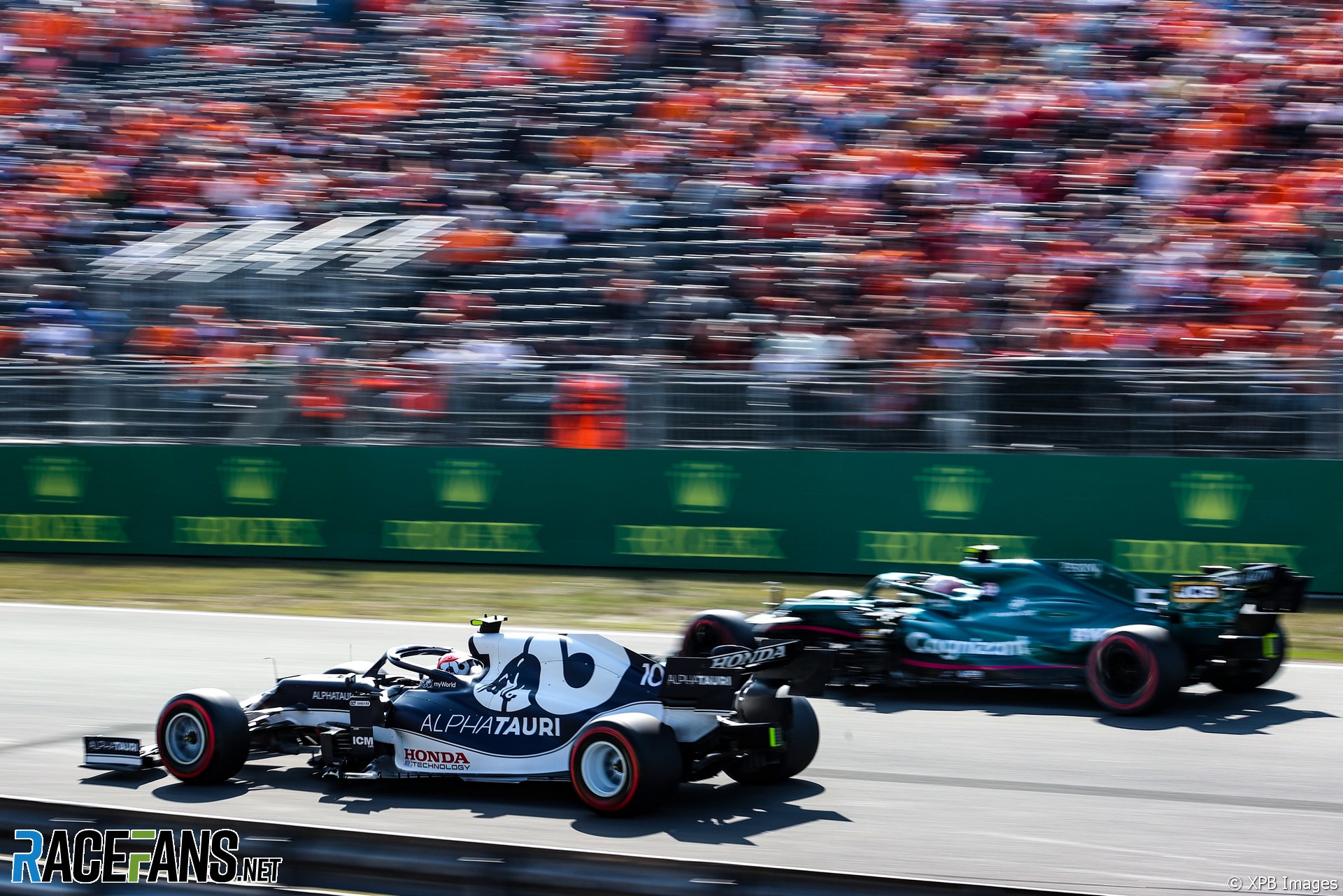 Formula 1 drivers were full of praise for the revamped Zandvoort after driving it for the first time this weekend.

The 20-strong field hailed the track which has had two significant chances since it last held a round of the world championship in 1985.

“I loved it, to be honest,” said Carlos Sainz Jnr, who ended the day second-quickest for Ferrari.

Several of the drivers had experienced the track before the latest changes, which added steep banking to turns three and 14. Sebastian Vettel, who last drove the track in 2005, praised the alterations made for F1’s return.

“They didn’t change too much of the track, which is good news,” he said. “The bits they changed, I think they changed to the better. It’s very exciting with the banking, it’s not quite clear which line to take yet, but we have a little bit more time tomorrow.”

Vettel would like to see other corners copy some of Zandvoort’s changes. “We should have more of that, cambered corners, positive and not off-camber,” he said. “Off-camber they do [it] for water drainage but it’s very boring because you lose grip and that I think looks exciting and feels exciting in the car as well.”

The steepness of the banking is hard to appreciate from television pictures, said Pierre Gasly. “On TV, all the banking always [look] smaller and when you get in the car, in real, it’s always more impressive.

“Especially turn three is pretty insane, it’s like sliding into a toboggan, a similar feeling but with an F1 cars at such speed it’s quite unique. Driving-wise, it’s unbelievable. I’m really, really enjoying it.”

Lando Norris last drove the circuit in Formula 3 four years ago, and said it was “tricky” in a more powerful Formula 1 car. “Not an easy track for sure.”

“From what we had on the simulator to what it’s actually like is relatively similar, which is a good thing. We’ve done a good job with the sim.

“I guess it’s always tricky because in the simulator you don’t feel the G force. So especially around the back turn seven, turn eight, turn nine you’re constantly turning right. It’s punishing on the front-left tyre. Physically you start to feel it quite a bit and it’s extremely quick.

“You don’t have that sensation in the simulator so when you come here, you really get to feel it. And it’s a bit of a shock the first few laps you do. But once you get into it, it’s just a cool feeling.”

Although several drivers pointed out overtaking will be difficult around the 4.2-kilometre course, few had anything negative to say after the first day of action ahead of the Dutch Grand Prix.

“It was a great experience driving this circuit,” said George Russell. “It’s a driver’s favourite. It’s very undulating – all this new banking is a great new experience.

“Fast, flowing, you can’t really put a wheel wrong. So I think that’s what we all want from race tracks.”

28 comments on “‘It’s what we all want from race tracks’: F1 drivers rave over revamped Zandvoort”