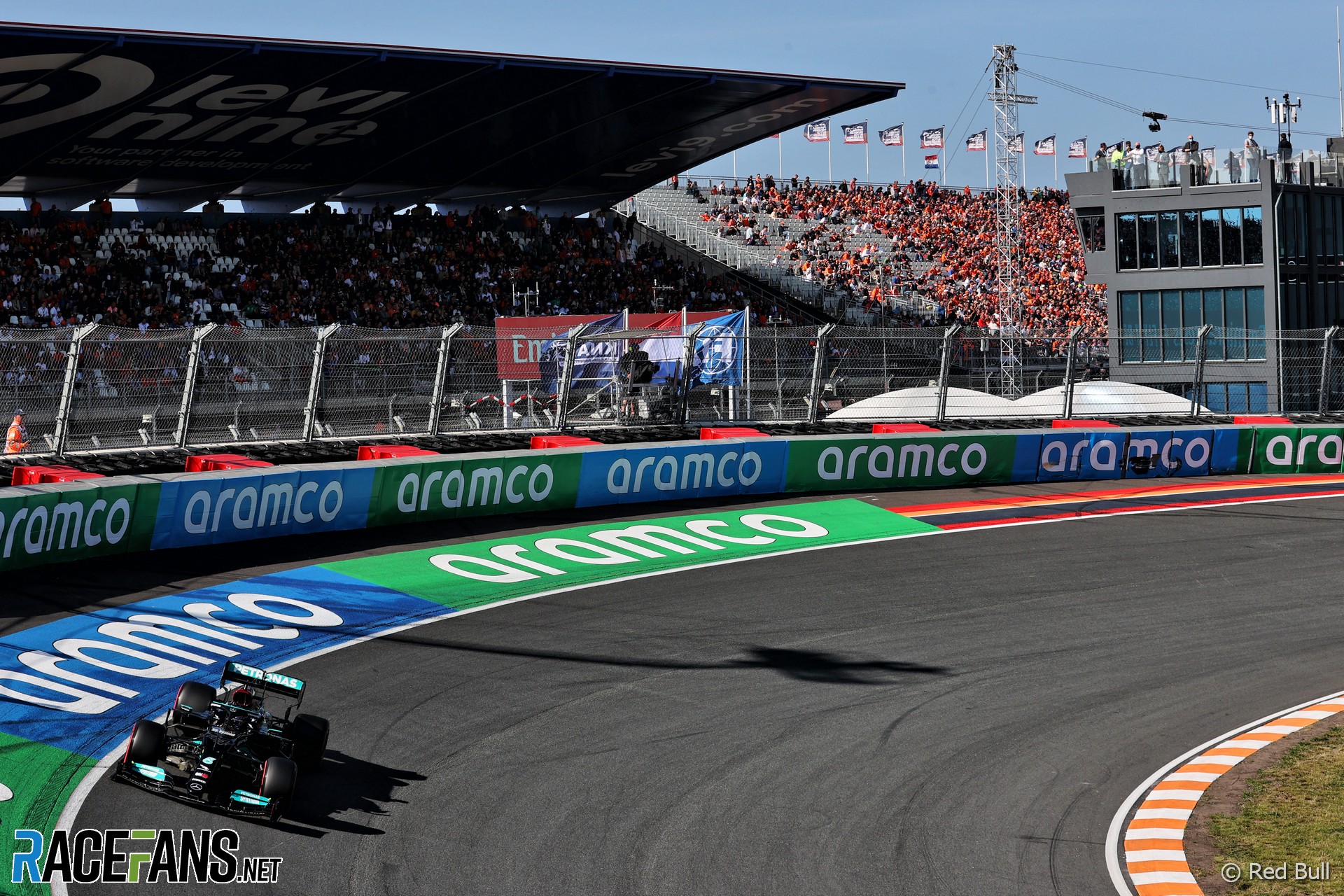 Lewis Hamilton is convinced Mercedes could find more time from their car after missing pole position by less than four hundredths of a second at Zandvoort.

He said they are losing the most time to their rivals in the steeply banked turn three, Hugenholtz, at the remodeled home of the Dutch Grand Prix. Max Verstappen, who took pole position for tomorrow’s race, was “incredibly fast through the first sector”, said Hamilton.

“That’s been an area we’ve been really working hard at improving with the car balance overnight and through P3 into qualifying, just slowly chipping away. It is a circuit where you need to continue to chip away and build that confidence.”

Hamilton made a significant improvement with his final lap in qualifying to claim a place on the front row of the grid. He said he was “really, really happy with it.”

“The third sector was really on the edge,” said Hamilton. “You saw the last corner, there wasn’t any road left.”

“It’s great that we were able to get that close because obviously they pulled quite far ahead at one point pace-wise” he added. “But I still think if we had another session again, we would all go quicker and I think there’s more time to find.”

Before the weekend began, Hamilton’s team mate Valtteri Bottas suggested Zandvoort’s new banked corners would put Mercedes at a disadvantage. Hamilton believes this is a key area where they are losing time to Red Bull.

“It’s difficult to say exactly what it is but there’s some characteristic of our car that doesn’t like that corner. But still it’s incredibly fun.”

Hamilton completed the fewest laps of any driver in practice yesterday after suffering a power unit problem in his Mercedes.

“I think also having time in the car to just chip away at it, continue to try different lines – obviously there was a lot of time lost yesterday. I lost the whole session so I didn’t really get that practice and get the car to where it needed to be.

“Fortunately Valtteri did some great work yesterday setup-wise, and so that gave us some guidance. But I think we got closer towards the end but still, there’s more time there and I hope that tomorrow we can somehow capture that.”