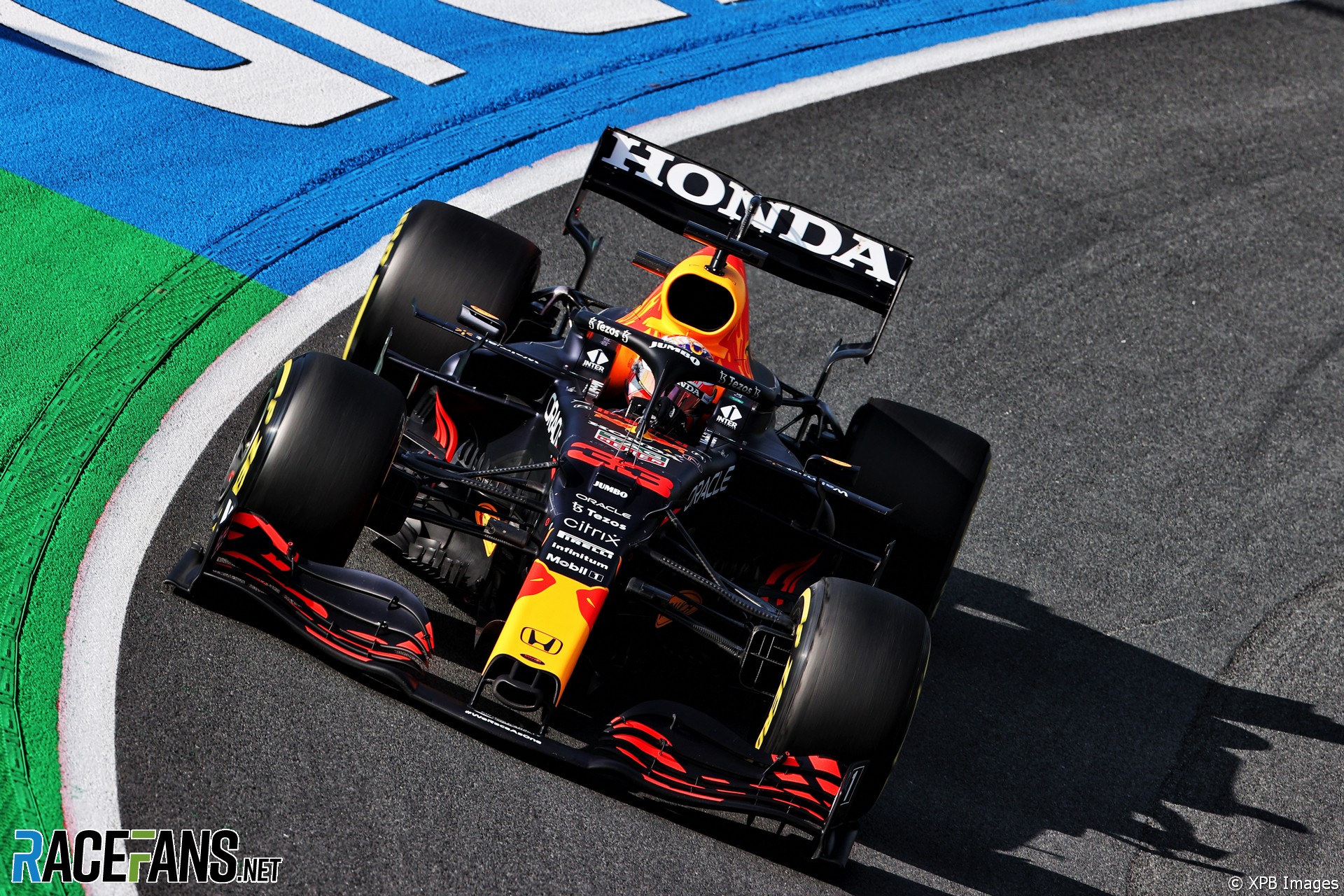 The stewards have confirmed Max Verstappen will not receive a grid penalty for overtaking during a red flag period in practice for the Dutch Grand Prix.

The Red Bull driver was investigated for passing Lance Stroll after the red flags were shown during second practice. The stoppage was triggered by Lewis Hamilton, whose Mercedes came to a stop with a power unit problem.

Verstappen passed Hamilton’s car and several other slower cars before the red flag signal was given. The red flags were shown moments before he passed Stroll’s car. The Aston Martin driver had been told to let him past.

After studying video and timing data and speaking to Verstappen, the stewards ruled he did everything possible to slow in response to the red flags.

“The race management system indicates that the red flag and red lights were initiated at 15:10:12. When [Verstappen] passed light panel 14 (which is prior to the point of the overtake) it was not illuminated. As [Verstappen] approached the rear of the car (within a few metres) of [Stroll], the red light on [Verstappen’s] steering wheel activated. At this point [Verstappen’s] speed was 260kph and [Stroll’s] was 110kph, a delta of 150kph.

“At this point, telemetry shows that [Verstappen] immediately lifted and braked. Because of the speed delta, [Verstappen’s] momentum carried him past [Stroll].

“It is our conclusion that the driver of car 33 took every reasonable action to comply with the regulations in that he immediately reduced speed in a safe manner at the earliest opportunity upon the first indication of the red flag, even before a red flag or red light panel was visible to him, and that this satisfies the requirements of the Code.”