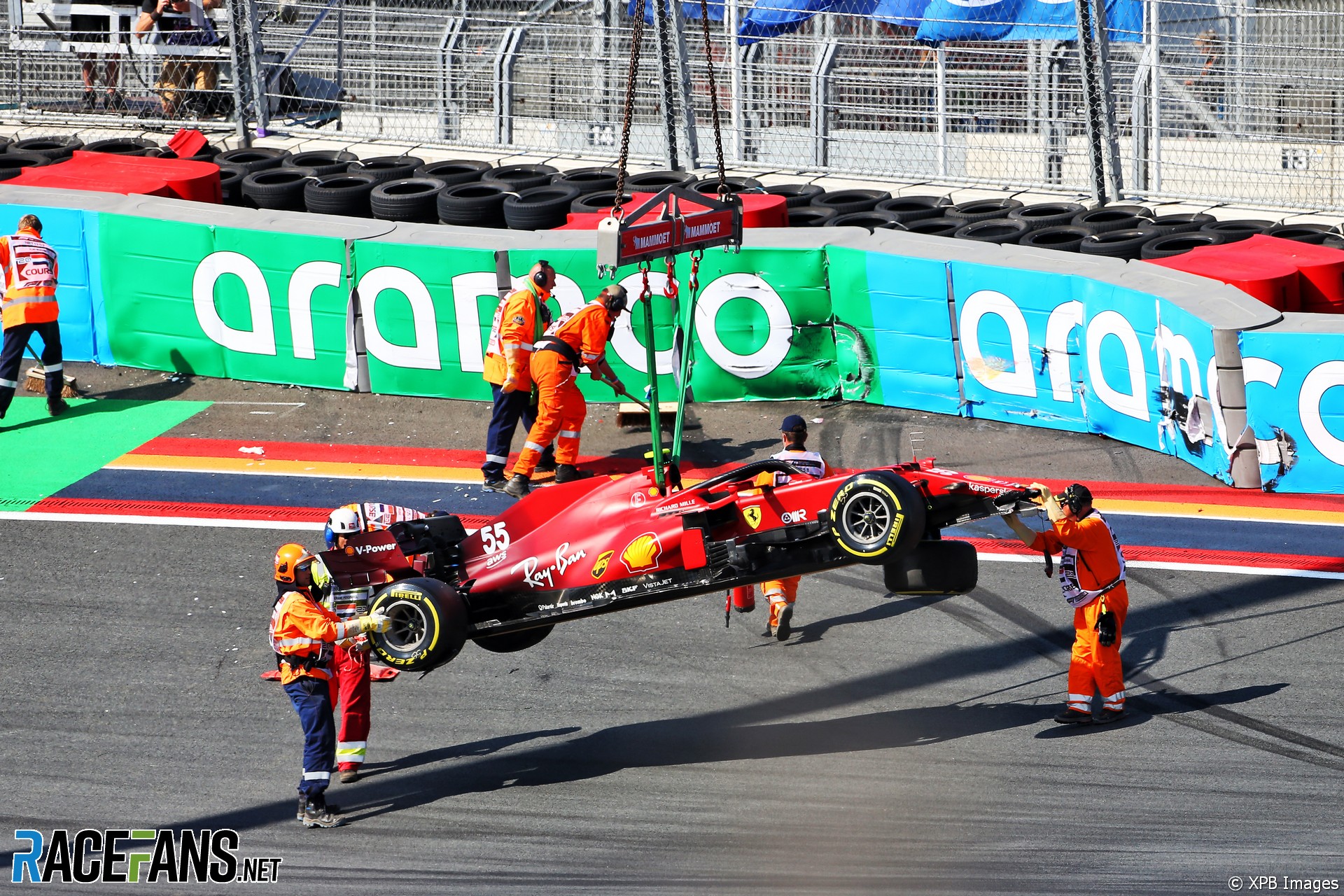 Carlos Sainz Jnr says his heavy crash in final practice occurred because he strayed just 20 centimetres away from the racing line.

The Ferrari driver lost control of his car in turn two and hit the barrier hard at the following corner.

“It happened very quickly,” said Sainz. “At the beginning I didn’t know what had happened.

“Then I had a bit of an analysis, a bit of a cooldown in my head. And after what I’ve seen in quali, it’s very clear that centimetres off-line there’s clearly less grip than on-line, there’s a bit of sand.

“I missed the apex by maybe 20 centimetres in that lap and I caught up and you can see maybe that I pulled up a bit of dust and I think that is enough to create an accident at this circuit.”

Despite his heavy impact, Sainz said he relished the challenge offered by the limited run-off at Zandvoort.

“It’s what makes it so challenging and what it makes it so incredible as a driver, so [enjoyable], because you know that you cannot put a foot wrong.

“Today we see drivers paying mistakes in quali and I paid it in FP3. And because of that it’s always tricky to recover the confidence in quali because you know you cannot put 20 centimetres wrong. I managed but it was a tricky one.”

Sainz praised the rapid repair job performed by his mechanics which allowed him to take part in qualifying.

“The recovery is purely thanks to the mechanics,” he said. “The car wasn’t back until 20 minutes after the session, which made everything even more pressed for timing.

“They did an incredible job to put everything together and to allow me to go out. We sometimes talk a lot about Formula 1 drivers being very special but Formula 1 mechanics are incredible and especially the guys today did amazing.”

He admitted he lacked some confidence during qualifying following his crash. “From then on honestly a high-pressure moment, high-tension moment in Q1 with the red flags, with a lack of confidence in myself, in the car.

“But I managed to build it up little by little and put a very strong lap in Q3 that nearly allowed me to qualify in the top five. It was tricky because I felt like I was always one or two sets of tyres behind, like trying to play catch-up. But in Q3, I went for it and it paid off.”