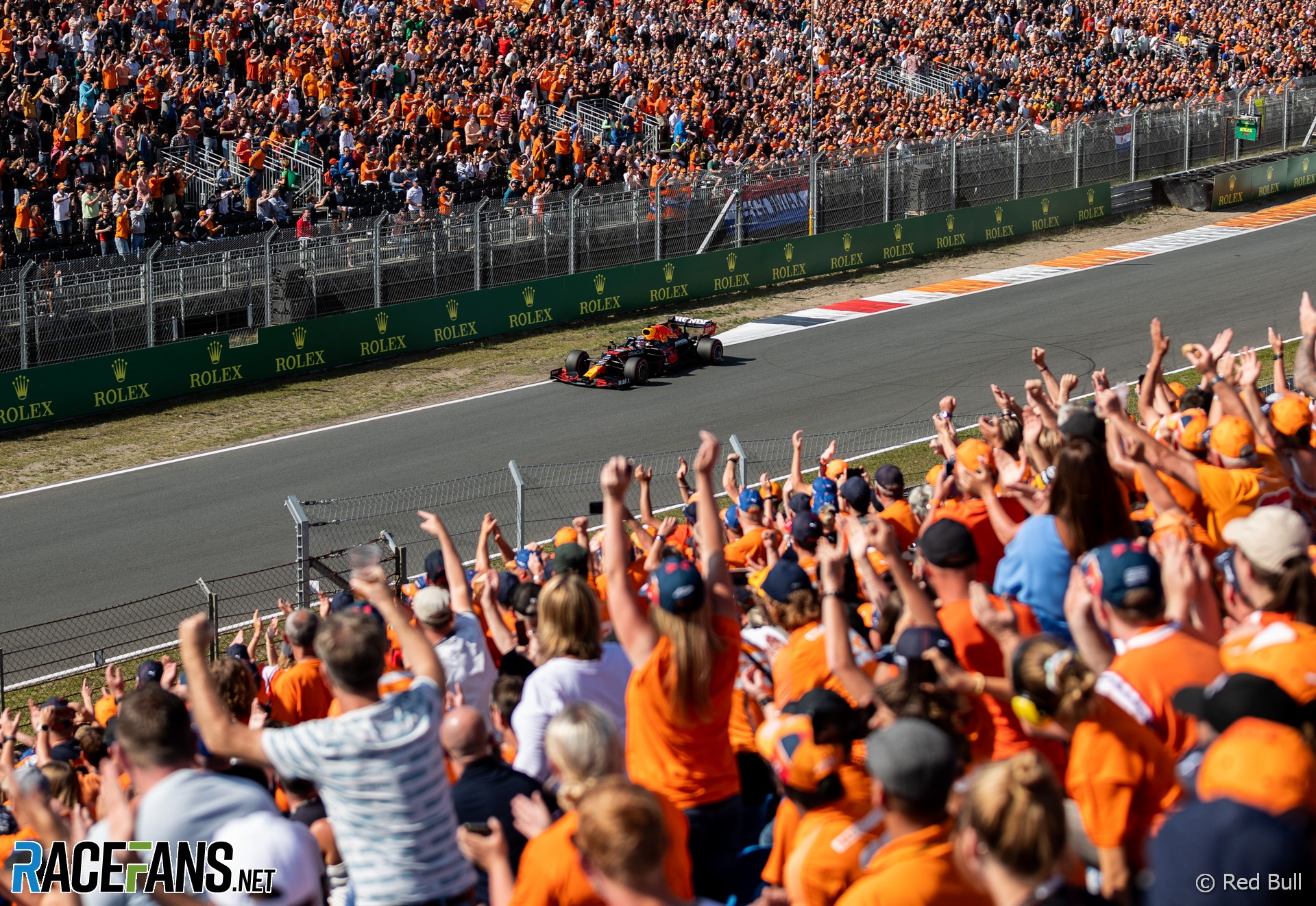 The Dutch Grand Prix promoter sees a bright future for the event despite losing a significant chunk of income as a result of ticket sale refunds due to the pandemic.

Less than a month before the event, the Dutch government told the promoters attendance would be capped at two-thirds of capacity. The decision forced them to offer refunds or defer attendance to the following year for around 30,000 who were due to attend.

“We haven’t added up all the numbers yet but, of course, some Friday afternoon a couple of weeks ago we just had to say goodbye to like ten million-plus Euros. Because by that time, you’ve already had 100 percent of your costs and then you can’t accommodate one-third of your people.

“So that was a hard blow. And we do this without one single euro of government support. We’re very proud of that but we weren’t happy at that moment.”

The event can withstand the loss of income, said Lammers. “There’s a very sound business structure behind it so we can take a bit of beating. This shouldn’t go on for two or three years, then it becomes too [hard], but there’s no risk, no danger, so we’re fine.”

The promoter has a three-year contract with F1 to hold the Dutch Grand Prix, followed by a two-year option, which gives the race security for the future, said Lammers.

“This is an event that stands at least for another five years,” he explained. “We have a three-plus-two exclusive agreement so if there’s going to be more races in Holland, it’s going to be in Zandvoort.”

The race is back on the calendar for the first time since 1985. Its immediate popularity reflects well on F1, Lammers believes. “In no time, after 36 years, we’re very close to being one of the most favourite promoters because I think we show Formula 1 in a way that Formula 1 that organisation would like to show Formula 1.

“As our website came live for ticket sales we found out a few weeks later that we could have sold one million tickets. So I think that there’s a very good relationship and then I think Formula 1 is very happy with what we’re doing.”

Home favourite Max Verstappen has taken pole position for today’s race ahead of Lewis Hamilton. But having seen six red flags across the four Formula 1 sessions so far, Lammers expects a hectic race.

“So I think for some people it will just fit into their plans and the strategy. If you’ve just got your new tyres and then there is a yellow, that’s usually a painful situation and who’s going to suffer from that? So from that point of view, it’s totally unpredictable.

“Here we hope that of course Max is going to win the race for the locals, but there’s going to be a little less than a hundred million people are going to watch worldwide so may the best man win.”