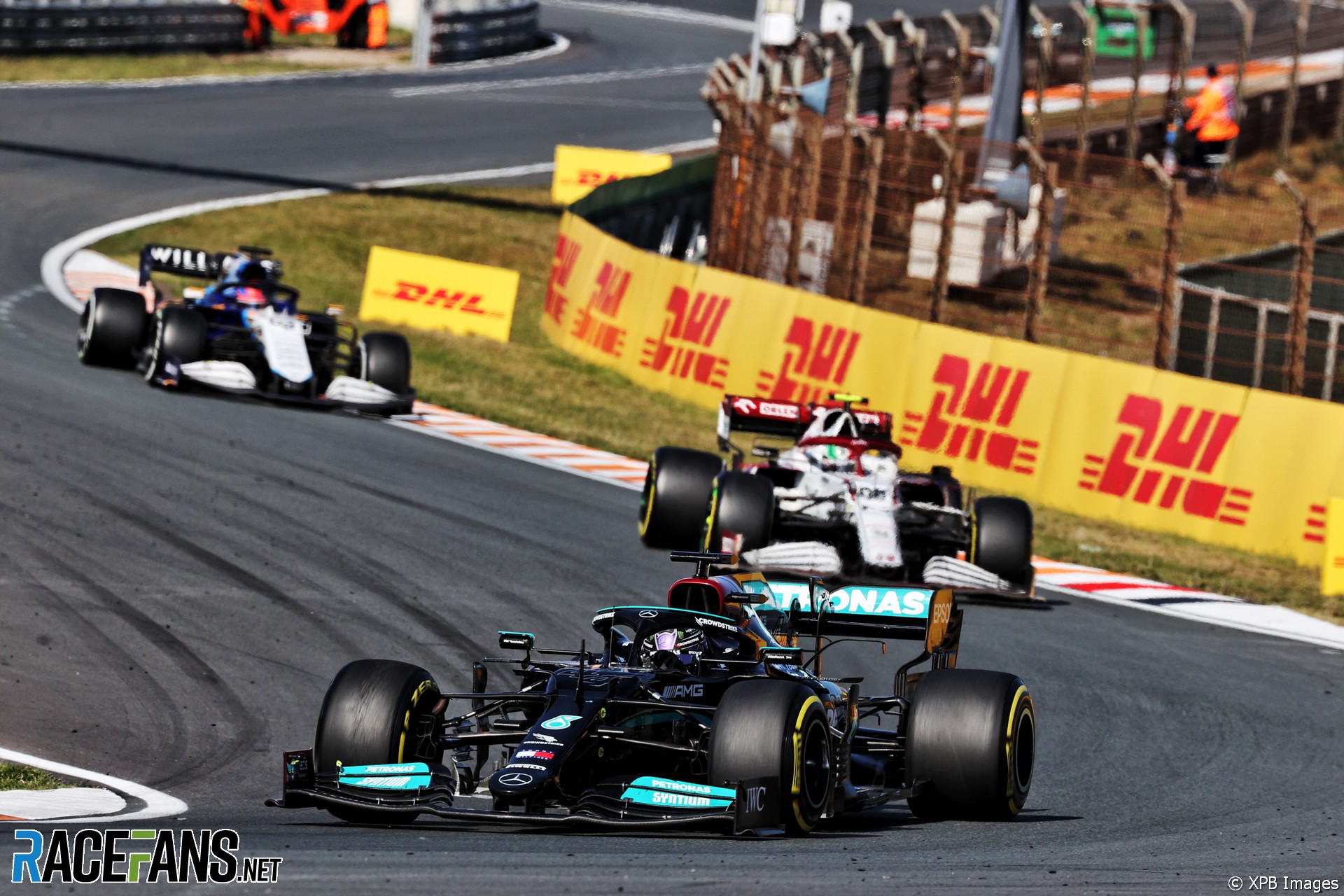 Lewis Hamilton lost his lead in the drivers’ championship as Max Verstappen out-ran him to win the Dutch Grand Prix.

Verstappen took the chequered flag over 20 seconds ahead of his championship rival, who pitted at the end of the race to fit fresh tyres and take the bonus point for fastest lap. He stayed within touch of Verstappen for much of the race, but only briefly appeared quicker when his rival switched to hard tyres for the final stint.

“Max did a great job,” said Hamilton after the race. “Congratulations to him.

“I gave it absolutely everything today, flat-out. I pushed as hard as I could, but they were just too quick for us.”

Hamilton got within range of Verstappen after the pair made their first pit stops and Valtteri Bottas became the race leader. Verstappen spent a couple of laps stuck behind him but Hamilton was unable to capitalise on the advantage, partly due to time lost in traffic. He said his rival had an easier time with lapped cars.

“I’m going to call him Noah from now on, man,” Hamilton remarked. “Every time he got traffic they just moved out of the way. It was very hard to navigate through all the traffic, but they just had that upper edge, and it’s very hard to follow here.”

Although he was unable to prevent Verstappen from taking the championship lead, Hamilton minimised the damage by taking the bonus point for fastest lap.

“The last lap was one of the best parts of the race for me, because this track is just incredible on a single lap, low fuel,” he said. “This is now one of my favourite tracks, so I’m looking forward to coming back next year.”

While Hamilton hasn’t always had a positive reception from the crowd in the Netherlands, he praised the lively atmosphere at the race.

“Honestly, it’s been an amazing weekend,” he said. “I’ve had an amazing time here in Holland, thanks to the crowd.”