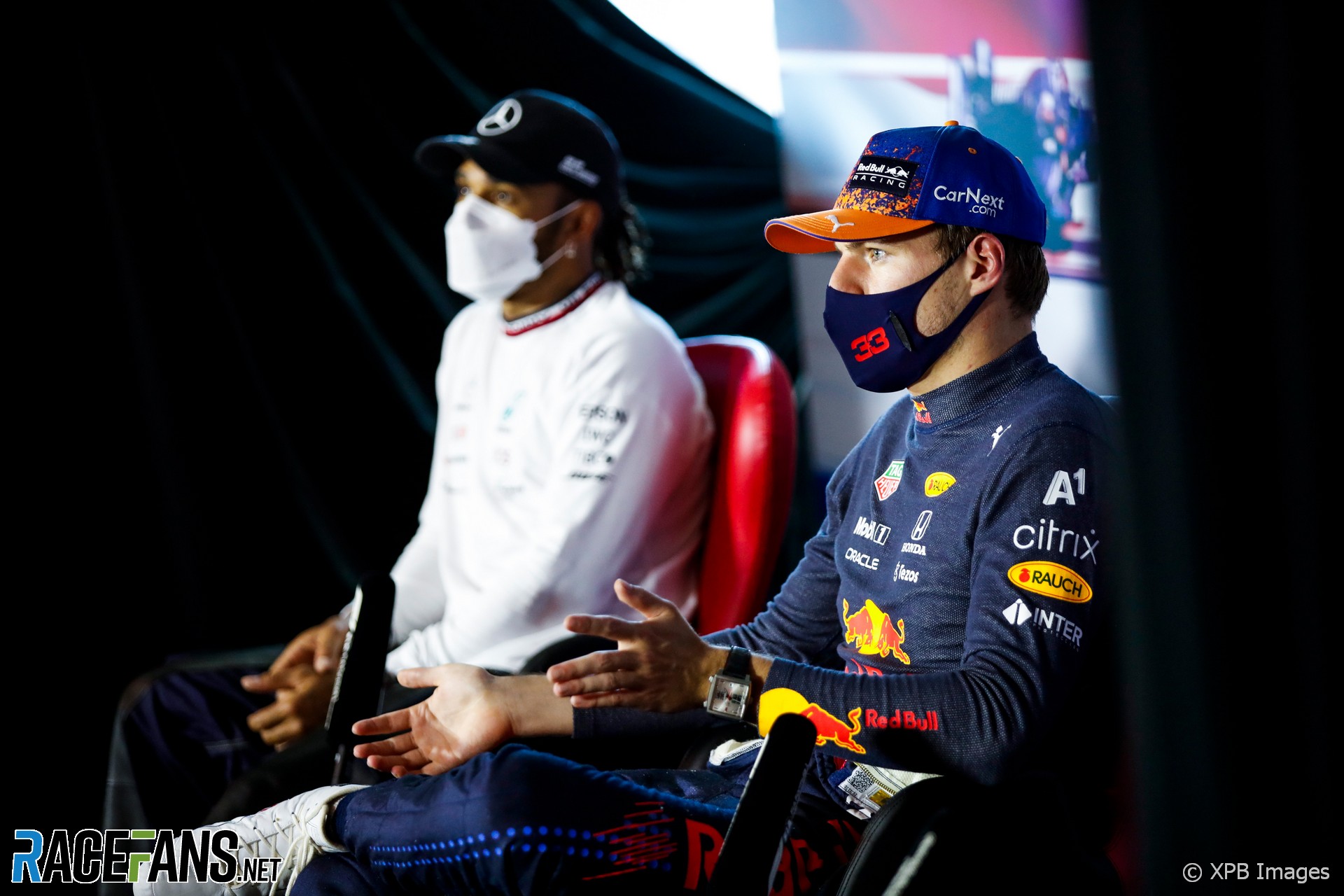 The two main contenders for this year’s world championship will line up on the front row of the grid for the first time since the British Grand Prix – the scene of their controversial opening-lap clash that caused a heavy crash for Verstappen and Hamilton receive a penalty, yet go on to win.

But Wolff does not expect to see a repeat of the scenes from Silverstone when the pair line up alongside each other on the front row for the Dutch Grand Prix.

“I think the two protagonists will start side-by-side more often this season and I don’t think we can really assume that it will always end up in an incident,” Wolff says.

“They are both amongst the best ones and they know that every win counts – but they will do it fair and square, but hard. And I think, in a way, we need to stop referring to the Silverstone incident because we’re going to do this another five times this year when they’re standing side-by-side.”

Hamilton missed out on pole position by just 0.038 seconds after Verstappen’s DRS failed to fully deploy on his final qualifying lap. Verstappen will have to fend off both Mercedes of Hamilton and Valtteri Bottas throughout tomorrow’s Dutch Grand Prix as Red Bull team mate Sergio Perez was eliminated in Q1 and will start towards the back of the field.

But despite Mercedes’s strength in numbers, Wolff says that Mercedes will not approach either of their drivers about how best to attack the lone Red Bull at the start of the race.

“No, we won’t be discussing the strategy for turn one or two,” Wolff says.

“The drivers are going to discuss with their respective engineers about various possibilities of plays, but we don’t need to refer back to him how to drive or what is at stake, because he knows best. So we are not going to address that.”