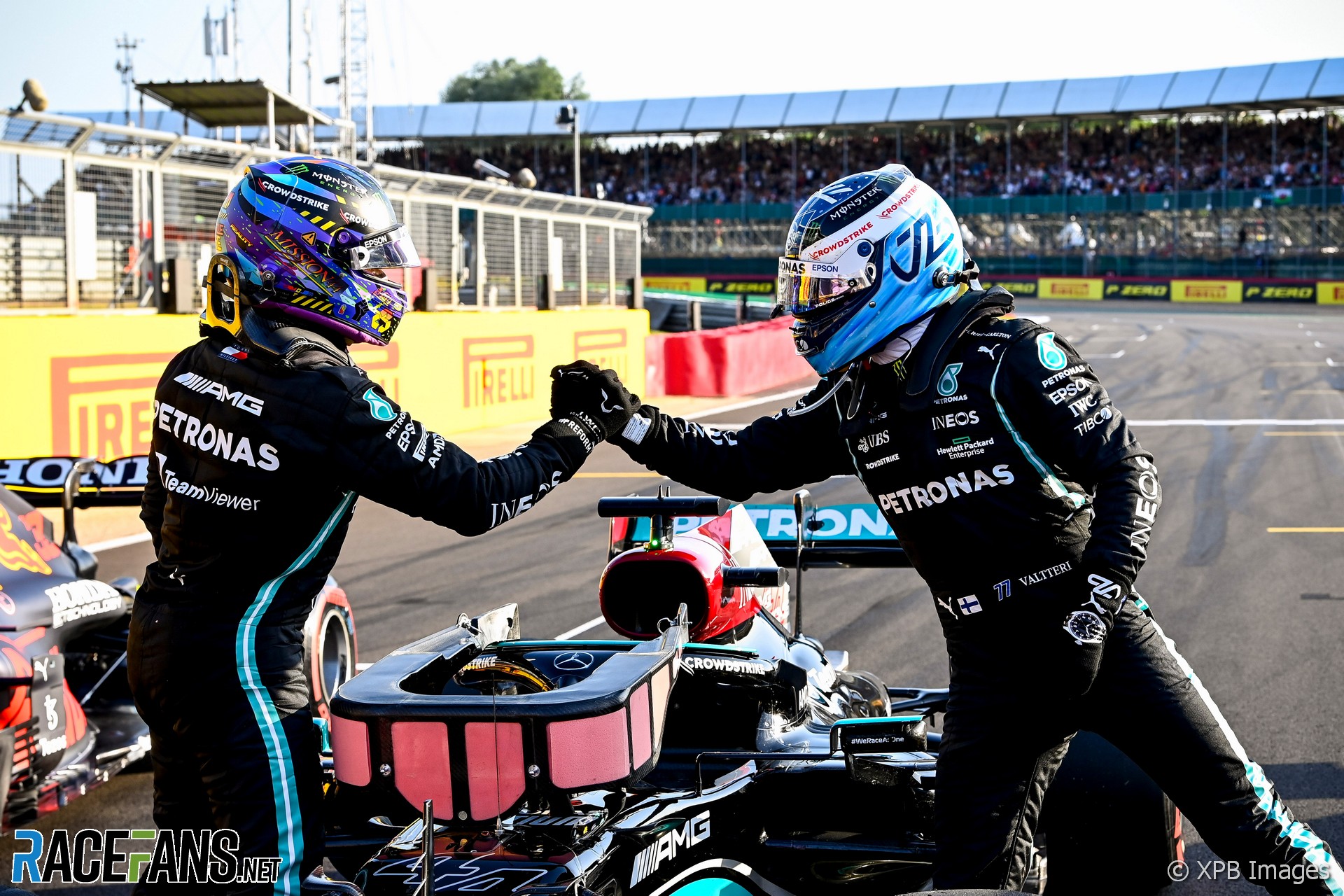 Lewis Hamilton hailed Valtteri Bottas as the best team mate he’s had following today’s confirmation he will leave the team at the end of the season.

Mercedes have sustained their run of constructors’ championship titles since Bottas replaced Nico Rosberg in their line-up at the beginning of 2017. They delivered their seventh consecutive title last year, while Hamilton took his fourth drivers’ crown in a row.

“I’m immensely proud to have worked alongside Valtteri Bottas for the last five years,” wrote Hamilton in a social media post. “Together we’ve been part of a team that has delivered four constructors’ championships and we’ve motivated one another to keep pushing through the ups and the downs. He has been the best team mate I’ve had the pleasure of working with.”

Bottas will race for Alfa Romeo next year, leaving a vacancy alongside Hamilton which is widely expected to be filled by George Russell.

Hamilton told his team mate: “Your speed and resilience has been impressive but where you truly stand out to me is the human being you are. You are greater than you know and I know there’s a bright future ahead for you.

“Thank you Valtteri for all of your support and amazing contributions to this team. You will be missed. I wish you all the best for your future endeavours. Let’s finish off strong and get that eighth [title] for the team.”