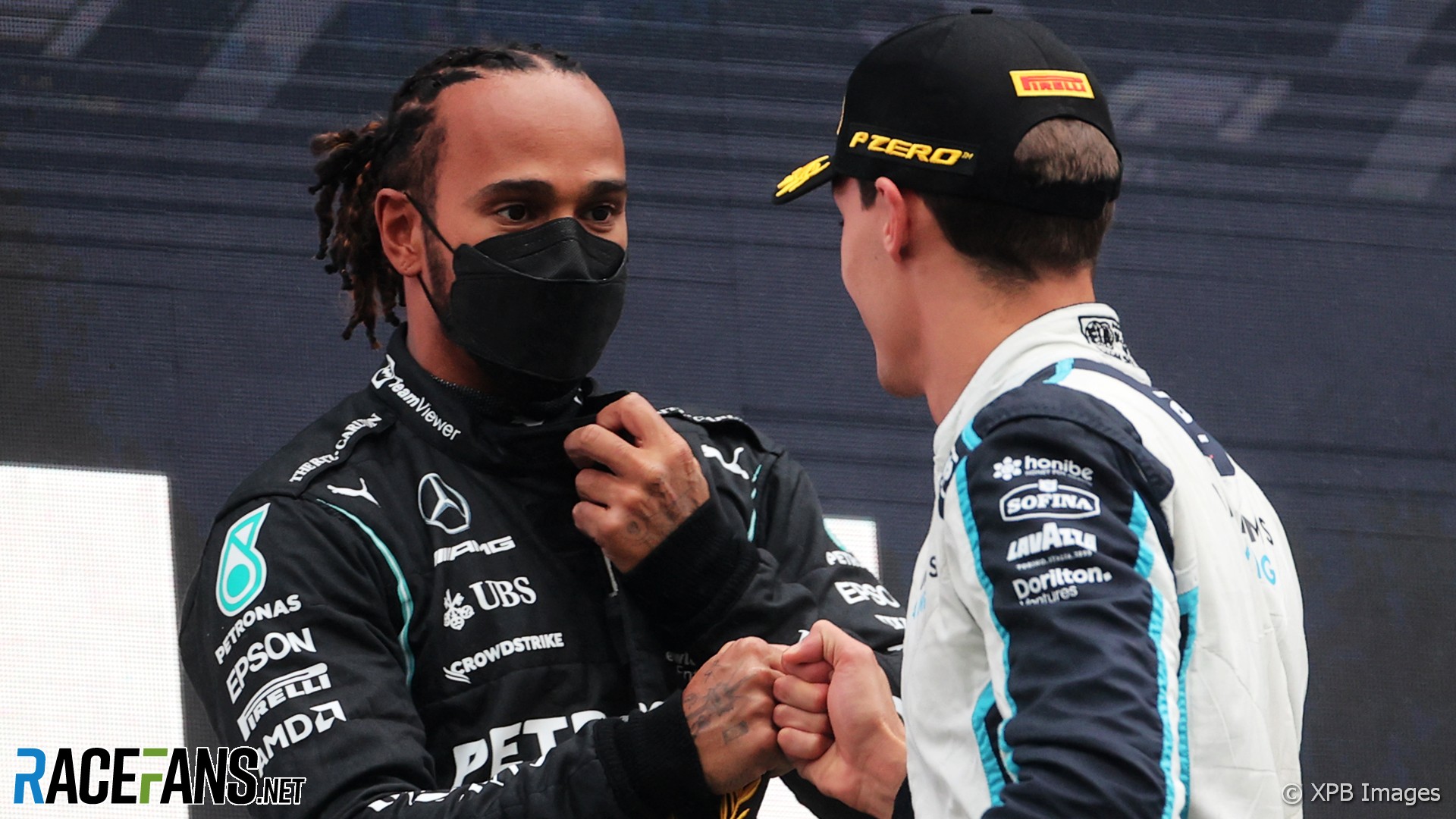 Lewis Hamilton has welcomed new team mate George Russell to Mercedes, saying the 23-year-old has earned his chance to join the world champions.

Mercedes confirmed today Russell will replace Valtteri Bottas in their line-up for the 2022 F1 season.

Russell was racing in karts when he first met Hamilton, who was driving for McLaren at the time. “I remember meeting him when he was young, dreaming of one day being a Formula 1 driver,” Hamilton wrote on social media. “I’d only just reached my own dream of becoming an F1 driver, so I know what this day means and how it will feel for him.

“He is a great example to all the kids out there that dreams do come true when you chase them wholeheartedly. Through hard work he has rightly earned his spot on our team.

“I look forward to seeing him grow as a driver with this great team and working with him to raise Mercedes higher.”

Russell’s move to Mercedes will create a vacancy at Williams. Former Red Bull driver Alexander Albon and Formula E world champion Nyck de Vries, who is linked to Mercedes, are among those believed to be in the running for the seat.

“We were of course aware of this possibility coming to fruition and therefore have a number of strong driver options available to us,” said Williams CEO Jost Capito. “We now look forward to shaping our future line-up that will help us take the next step in our exciting journey as a team and will make any announcement in due course.”

Capito thanked Russell, who has spent three seasons with the team and delivered their best result for nine years at Spa-Francorchamps last month.

“Over the past three years, it’s been clear to every member of staff here at Williams just how dedicated, focused, and talented George is through his contributions to the team both on and off track. He has all the characteristics necessary to achieve the greatest success in our sport and we are therefore delighted for him, both as a team and me personally, to see him rewarded with the opportunity to test himself at Mercedes.

“We will watch his progress with interest and pride, knowing the role Williams has played in developing his considerable skills.”

27 comments on “Hamilton: Russell has earned his place at Mercedes”