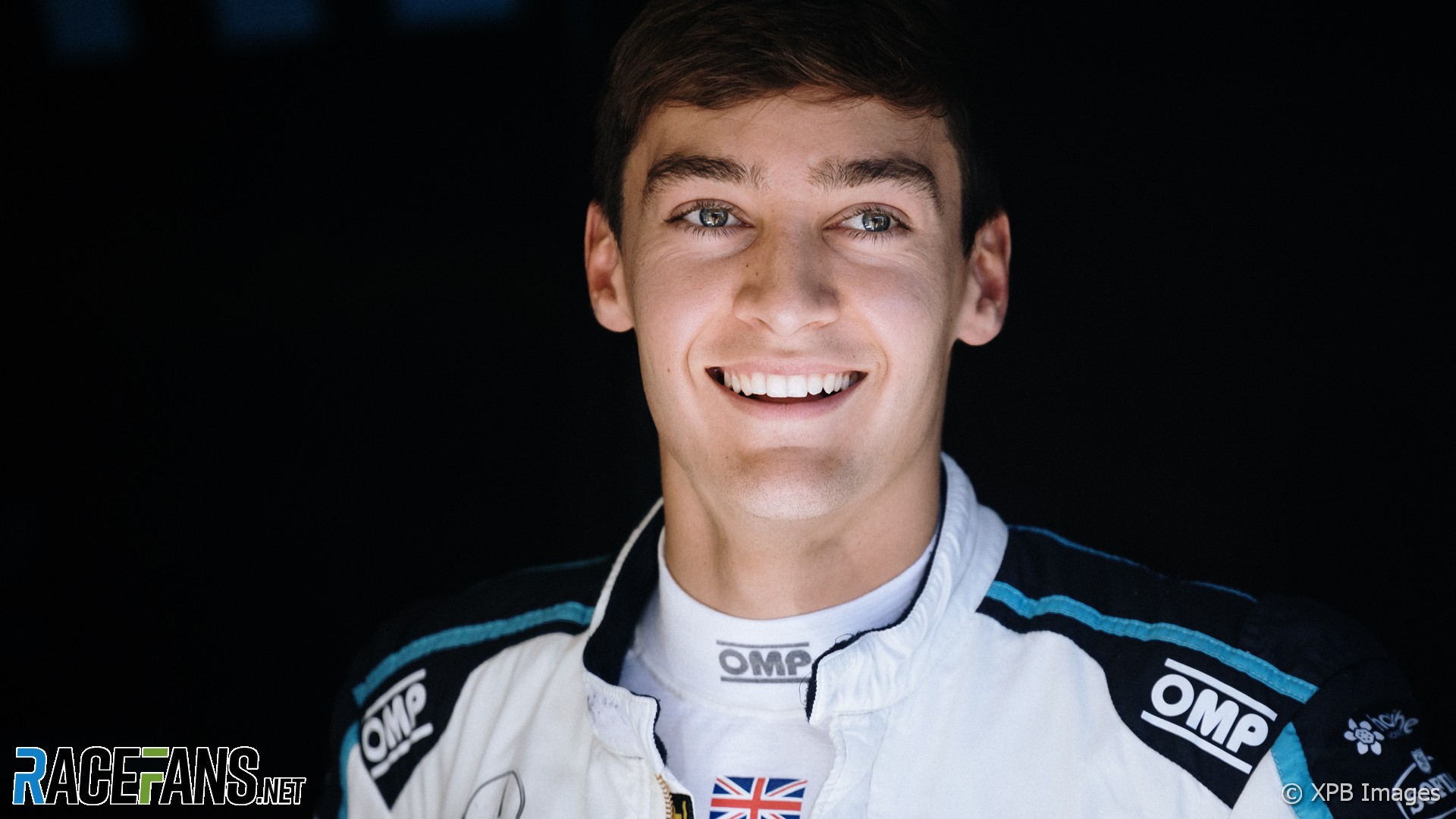 George Russell will drive for Mercedes in the 2022 F1 season as part of a new, long-term deal, the team has confirmed.

The 23-year-old will replace Valtteri Bottas as Lewis Hamilton’s team mate in the world champions’ line-up. Alfa Romeo announced yesterday Bottas will join them next season.

Russell will join the team from Williams, who he will remain with until the end of the year.

“The past three seasons with Williams have given us a taste of what the future could hold for him in F1,” said Mercedes team principal Toto Wolff. “Now, it is our challenge together to help him continue learning within our environment and alongside Lewis, the greatest F1 driver of all time.

“I am confident that as their relationship grows, they will form a strong team and deliver for Mercedes on and off the track in the years ahead.”

Russell has been a member of Mercedes’ junior driver programme since 2017 and had his first appearance in an official F1 practice session later that year with Mercedes engine customer Force India. After winning the GP3 (now Formula 3) and Formula 2 championships in consecutive seasons Russell made his Formula 1 race debut with another Mercedes customer, Williams, in 2019.

He said the announcement of his move to Mercedes was “a special day for me personally and professionally, but also a day of mixed emotions.”

“I’m excited and humbled to be joining Mercedes next year, which is a huge career step,” said Russell, “but it also means I’ll be saying goodbye to my team mates and friends at Williams.

“It has been an honour working alongside every member of the team, and an honour to represent the Williams name in F1. Since I joined in 2019, we have worked tirelessly to push each other forward and bring the team back up the grid where it belongs. We’ve battled for every qualifying position, every point, and every tenth of a second. No matter how tough it’s been, nobody has ever given up, and that has inspired me every day.

“I’ve loved every moment in what I’d describe as a true heart-and-soul racing team, and I’ll be pushing harder than ever to make sure we end our story in the best possible way.”

However Russell admitted he was “absolutely buzzing” to join the world champions.

“It’s a huge opportunity and one I want to grab with both hands. But I’m under no illusions as to the scale of the challenge; it’s going to be a steep learning curve. Valtteri has set a high bar, consistently delivering week in and week out, scoring wins, pole positions and helping win multiple championship titles.

“My target must be to reward the trust that Toto, the team, and the board have placed in me by ensuring I play my part in continuing that success and I want to do my new team mates proud.”

He has already driven for Mercedes once before: Russell made a one-off appearance for Mercedes in last year’s Sakhir Grand Prix as a substitute for Hamilton, who contracted Covid-19. Russell qualified on the front row alongside Bottas, led 59 laps, and was leading when the team accidentally fit the wrong set of tyres to his car during a pit stop.

Russell described his new team mate as “the greatest driver of all time” and someone he has admired throughout his junior career.

“I’ve looked up to Lewis since I was in go-karts and the opportunity to learn from someone who has become a role model both on and off track can only benefit me as a driver, a professional, and a human being.”

Russell was told he would join the team next year prior to the Belgian Grand Prix. Russell produced another notable performance at Spa, qualifying second on the grid and claiming the position in the drastically curtailed race which was run entirely behind the Safety Car.

118 comments on “Official: Russell to join Hamilton at Mercedes in 2022”