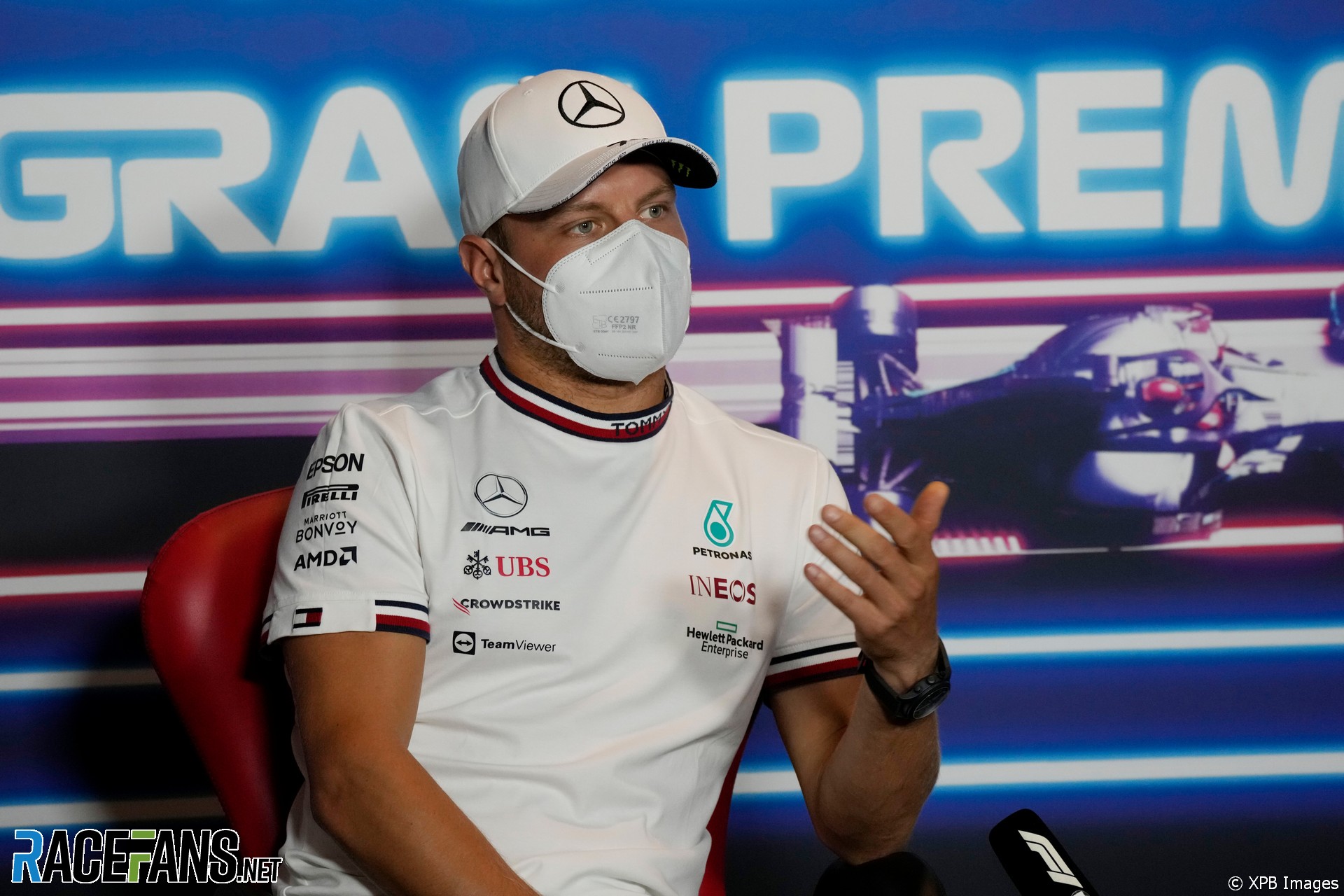 Valtteri Bottas is anticipating a “fresh start” at Alfa Romeo next season after his five-year stint alongside Lewis Hamilton at Mercedes.

His move to the team was announced earlier this week. Bottas revealed he had discussions with other teams before settling on Alfa Romeo, which he described as an “exciting” choice.

“It is a great brand,” he said. “They have a great history in motorsport. I feel like, based on information I know, they can have a bright future and hopefully I can help that.

“It’s something new, something exciting for me. And it’s a bit of a project, no doubt there’s going to be work to do. But I will give all my expertise I can to try and improve from this season for sure.”

Bottas has finished behind Hamilton every season during their time together at Mercedes. While he doesn’t feel he has been eclipsed by his team mate, he admitted Alfa Romeo offers him the chance for a new beginning.

“If you look at the results overall, Lewis has been able to beat me every year. So in that sense, yes, I’ve been in the shadow. But honestly, I don’t really feel it that way. We are a team and we’re now in this together.

Alfa Romeo is yet to announce who his team mate will be. Bottas said he will leave the decision up to team principal Frederic Vasseur, who has indicated an announcement is likely in around a month’s time.

“I don’t want to have I say,” he explained. “The team are professional, Fred is professional. He knows what is going to be best for the team and for the future. So I’ll let them choose.”