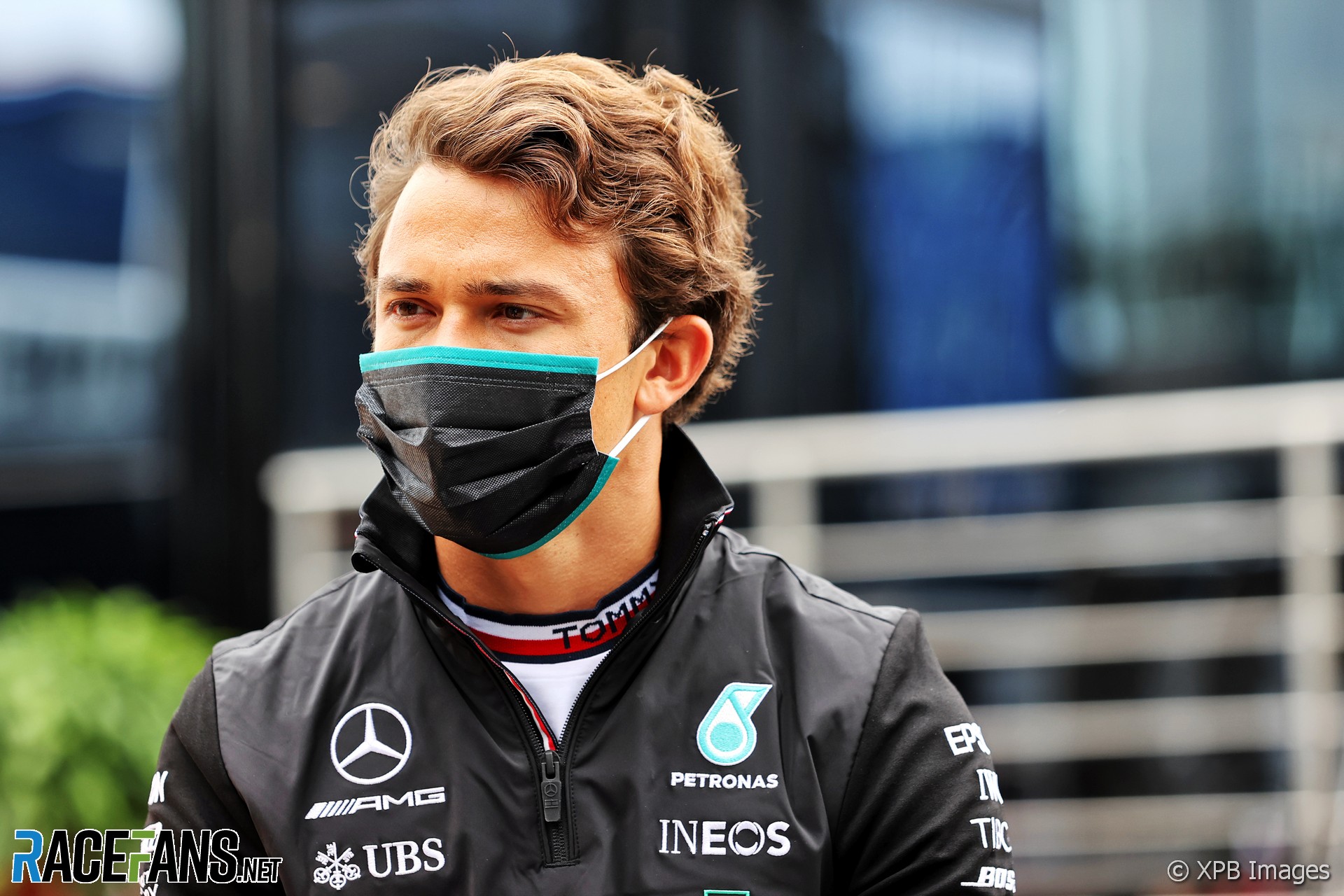 Nyck de Vries’ hopes of moving into Formula 1 next year could be frustrated by the Formula E world champion’s connection to Mercedes.

Mercedes team principal Toto Wolff has said he is keen to find a place for De Vries on the grid next year following George Russell’s promotion to the world champions’ team.

However Williams’ confirmation yesterday that Red Bull-backed driver Alexander Albon will take Russell’s place at the team next year, alongside Nicholas Latifi, closed one door to De Vries.

The only likely avenue left for De Vries to enter Formula 1 is at Alfa Romeo, which has signed Valtteri Bottas to occupy one of its two seats next season. However team principal Frederic Vasseur told RaceFans there were complications involved in the Ferrari customer team hiring a Mercedes-backed driver.

Incumbent Antonio Giovinazzi, previously a Ferrari junior driver, remains under consideration for a fourth season at the team, said Vasseur.

“He was part of the deal in the past and he will be part of the discussion with Ferrari,” he said. “We have a very strong link and very open discussions and it will never be an issue to deal with Antonio and Ferrari.”

However Vasseur admitted the team is considering a move for one of the front-running drivers in Formula 2. Alpine is known to be keen to find a berth for its junior driver Guanyu Zhou, who currently trails another of their juniors, reigning Formula 3 champion Oscar Piastri, at the top of the standings.

Meanwhile Sauber, which runs Alfa Romeo’s F1 team, also had highly-rated 18-year-old Theo Pourchaire on its junior driver scheme. Vasseur intends to see how the upcoming Formula 2 rounds at Monza and Sochi play out before making his decision.

“By the end of September we’ll have a good picture of the junior series,” he said. “Antonio is part of the family, he did some good steps. I think we are not in a rush to take a decision if you have a look on the global picture.

“I want to be focused on what we are doing, to give them time to show what they can do, all of them, and we will take a decision probably in the beginning of October.”