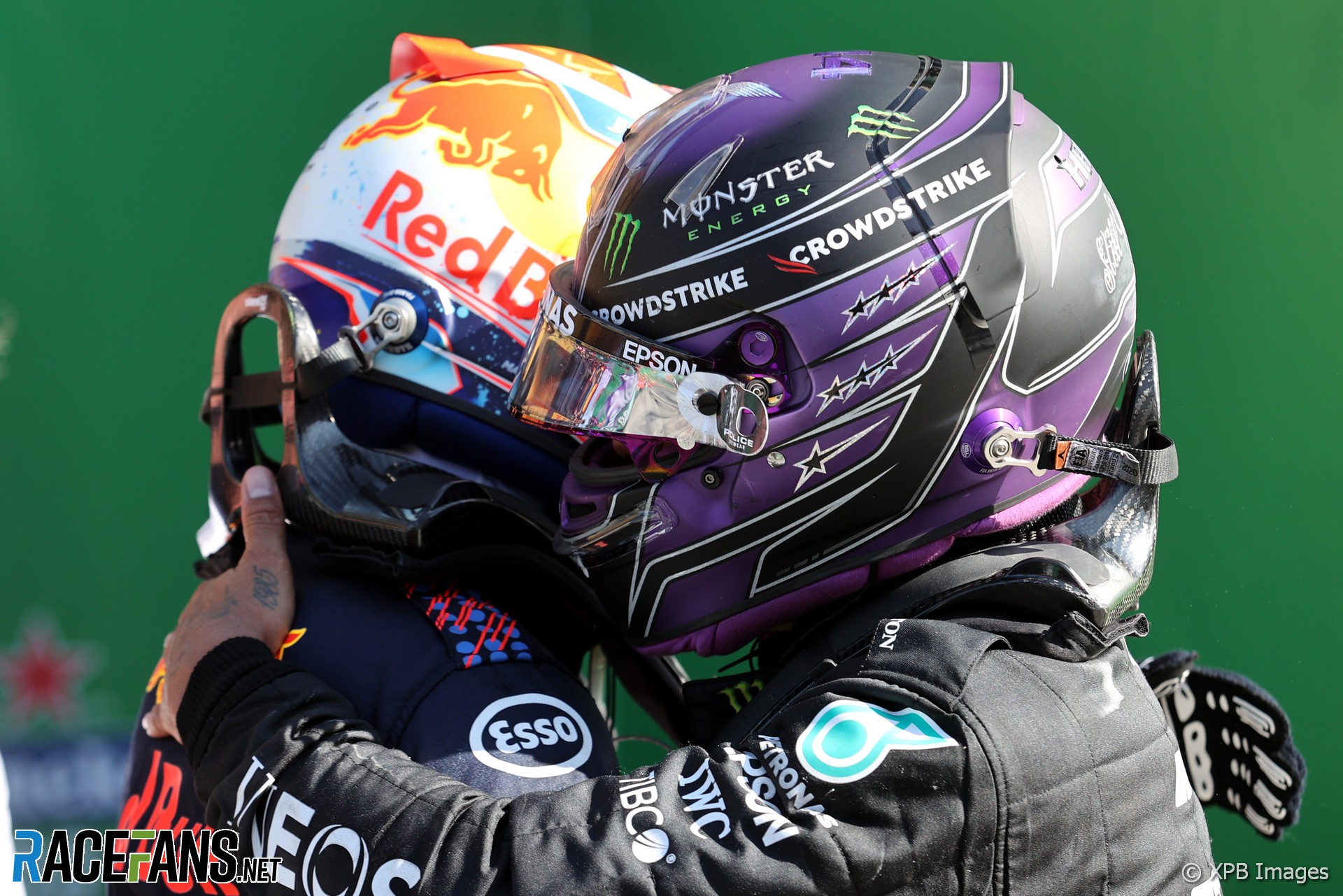 Red Bull were quick to talk up Mercedes’ chances in the coming rounds after Max Verstappen reclaimed the championship lead in his home race last weekend.

Will Lewis Hamilton immediately regain the points advantage at a track which has been one of the strongest for Mercedes in recent seasons? Or will F1’s second sprint qualifying weekend serve up a surprise?

Here are the talking points for the Italian Grand Prix weekend.

Red Bull team principal Christian Horner identified the next two venues – Monza and Sochi – as strong tracks for Mercedes. Verstappen took a three-point lead with his eighth win of the year last time out, but Hamilton will go into this weekend knowing he has a strong chance to return to the head of the table.

Monza has been a strong circuit for Mercedes since the V6 hybrid turbo era began. They’ve won five of the seven races in that time.

True, their two defeats came in the most recent races. However Charles Leclerc’s 2019 victory for Ferrari was aided by the team’s controversial power unit, the performance of which was soon reined in by rules clarifications. While last year Hamilton was on course for another victory until a Safety Car error earned him a penalty.

Mercedes team principal Toto Wolff believes the team “would have had to pace to win the race” at Zandvoort had they not lost valuable practice time on Friday when Hamilton’s old power unit let him down.

“Lewis losing a lot of track time in in FP2, that made a difference,” said Wolff. “I think if he would have been out there properly planning the race, we would have fought for pole or possibly we could have had pole. And that obviously would have changed the outcome of the race.

“But ‘could have’, ‘would have’ doesn’t count in this sport. You can see between the teams, there’s just nothing in between. The first three cars lapped everybody else and that shows the level that is necessary to deploy in order to win these championships.”

Last weekend Horner indicated his team has raised a query over the design of Mercedes’ power unit. This is believed to revolve around whether Mercedes has found a novel method of improving its performance by reducing the temperature of its coolant for brief periods.

If Mercedes are gaining an advantage, it may prove particularly valuable at Monza, which is the most demanding circuit for power unit performance.

Ferrari team principal Mattia Binotto confirmed he had spoken to Horner about the design of the Mercedes power unit but had not approached the FIA over it. “We had some question marks,” he said, “we discussed the point with Red Bull, I discussed it with Christian Horner but we have not as Ferrari raised any questions to FIA so far at least.”

Monza will witness the second of Formula 1’s three sprint qualifying race weekends this year. The series firmly believes it is onto a winner with the idea, which involves moving qualifying to Friday and using a short race on Saturday to set the starting grid for the grand prix.

But the feedback from RaceFans’ readers has been mixed at best. Drivers have also expressed reservations, saying the qualifying race shouldn’t be used to set the grid. However Brawn is eager to see more points awarded for the format in future.

Kubica gets another chance

After being parachuted into Kimi Raikkonen’s Alfa Romeo at short notice, Robert Kubica will be back in the car this weekend. He wasn’t able to take part in Friday practice last time, but starting tomorrow he’ll have a full weekend in the car to show what he can do. This being a sprint qualifying event, that still means less practice than usual.

Kubica did a thoroughly decent job last time out given his lack of preparation. Following a largely wasted 2019 comeback season in the dire Williams, this could yield the most telling reflection of his abilities since the rally crash a decade ago which curtailed his F1 career.

This is Formula 1’s fifth race in Italy in a period of 12 months, but the first occasion during that time where a substantial audience of tifosi will be present, cheering on the home favourites Ferrari. Whether the atmosphere will measure up against the new standard set by Zandvoort last week is another matter.

Leclerc is eager to see the home fans back. “Monza is always extremely special for the drivers, for the team,” he said. “It’s the home of the team and we can always feel the support. And obviously what I lived in 2019 I will remember that for my whole life.

“This year might be a bit more difficult compared to 2019 but it will be good to feel the support. The craziness that we’ve seen for Max, I hope to see it for us in Monza, but it’s always very, very special to be racing as the home of Ferrari.”

This will be Formula 1’s last visit to its fastest track before the cars are drastically revised next year.

Will we see the record for the fastest average lap speed broken again? Hamilton set the record last year when he screamed around the 5.7-kilometre course in 1’18.887, averaging 264.362kph on his way to pole position.

If you’re heading to Italy for this weekend’s race, we want to hear from you: