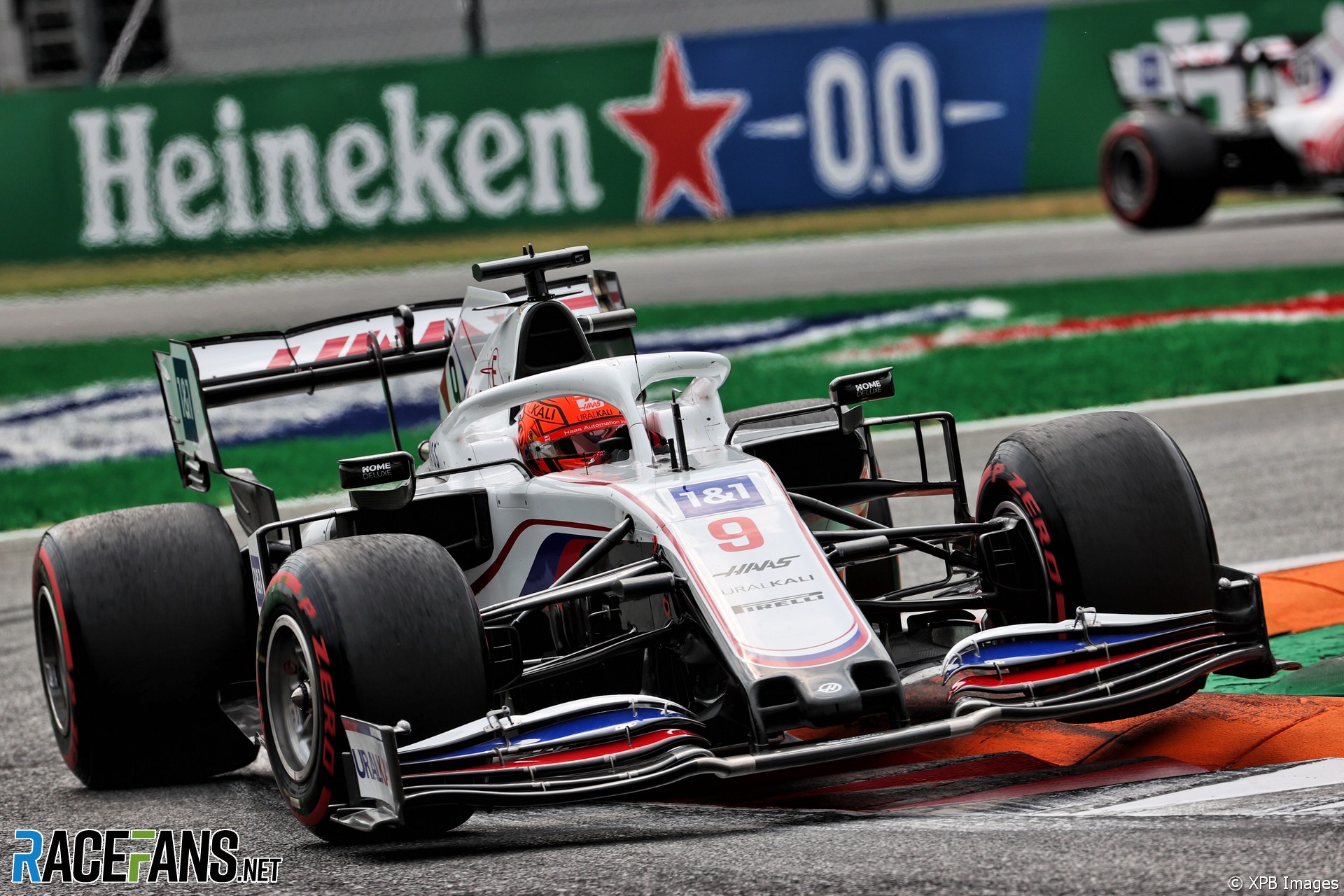 Nikita Mazepin has avoided a penalty for holding up Robert Kubica during qualifying for the Italian Grand Prix sprint qualifying race.

The Alfa Romeo driver said Mazepin “ruined” his lap. The pair ended qualifying last, Kubica ahead of his rival.

Kubica said he “managed pretty well to find space” but could do nothing about behind held up by the Haas. “Unfortunately my first run was ruined by Mazepin who was in the middle of the track,” he said. “When I was approaching I thought he had an issue but he didn’t have an issue, he just accelerated. So this didn’t help.

“It’s a bit of a shame because it wasn’t a smooth session and especially when you are lacking experience, it’s important to have every lap counts, to get the reference, to get everything sorted. That’s how it is.”

Mazepin caught a queue of other cars moving slowly at the Variante della Roggia. “They’re all stopped,” he reported. His team kept him updated on which cars were catching him, including Kubica. The Alfa Romeo driver caught him in at the first Lesmo corner and had to back out of his lap.

“What the fuck is Mazepin doing?” fumed Kubica. “I know,” replied his race engineer Julien Simon-Chautemps, “it’s his speciality.”

The stewards noted Mazepin took 2’05.381 to cover the lap on which Kubica caught him, which they said was “considerably slower” than the reference maximum lap time of 1’43.000 defined in the race directors’ notes.

However the stewards decided against penalising Mazepin after deciding the team had done everything reasonably possible to avoid holding up Kubica.

“The driver explained that he was stopped by the several cars ahead of him that were driving very slowly and this left him unable to drive any faster in turn six,” the stewards noted.

“The stewards reviewed the video and the team radio and agreed that both the driver and the team did everything reasonable to avoid affecting any other driver. Therefore, the stewards take no further action.”