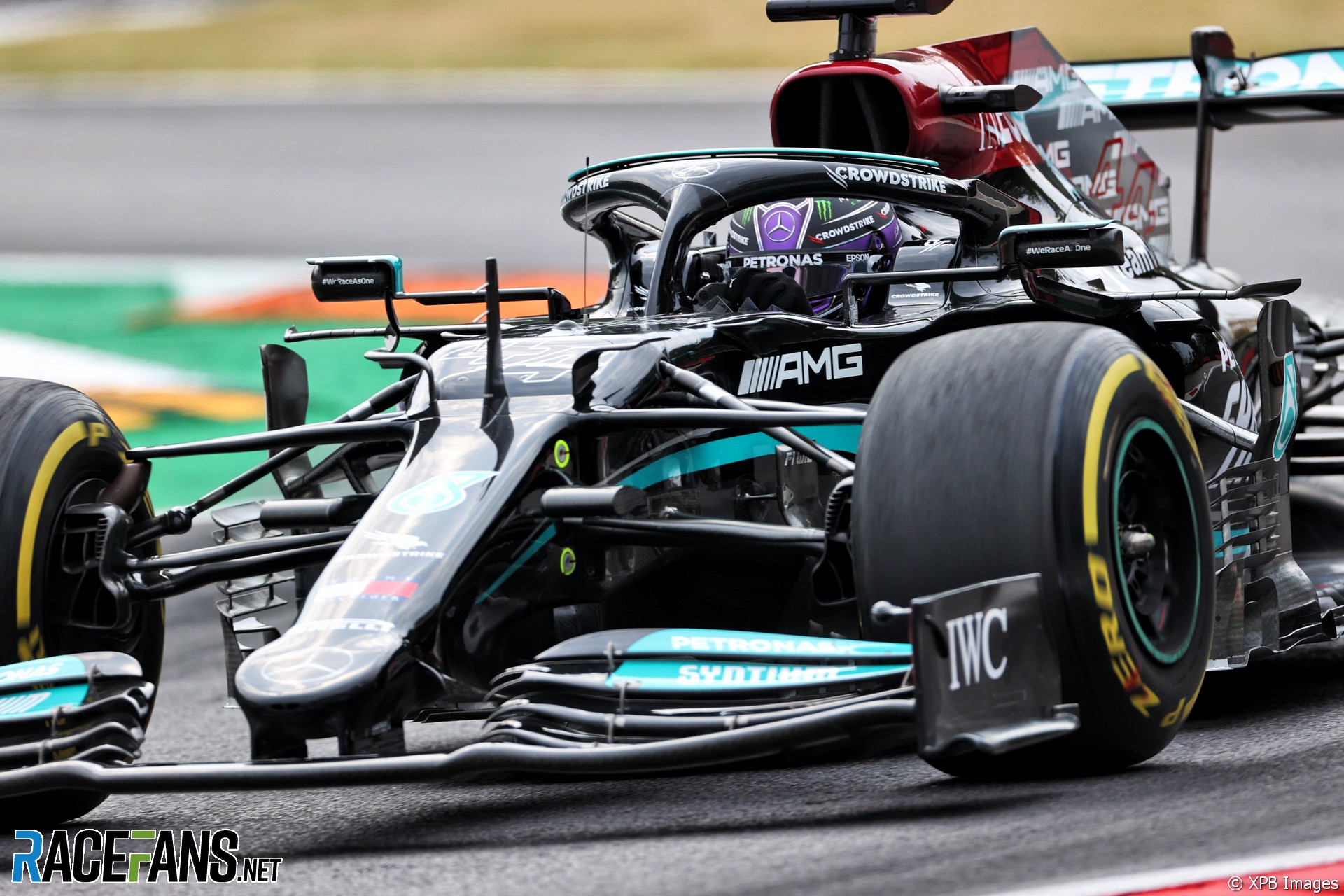 Lewis Hamilton admitted he could have got more out of his qualifying effort at Monza after being beaten to pole position by Valtteri Bottas.

The Mercedes pair will share the front row of the grid for tomorrow’s sprint qualifying race which will decide the starting order for Sunday’s grand prix.

Hamilton said “there was plenty in it” after ending the session just under a tenth of a second slower than Bottas.

“It was close between us all but Valtteri did a great job at the end. Not the best of qualifyings for me.”

The world champion was quickest in the first two parts of qualifying and after the first runs in Q3, despite failing to improve on his previous quickest. Bottas, who has a new power unit for this weekend’s race, moved ahead of him on their final runs.

“Q1 was really good,” said Hamilton. “For whatever reason I just struggled in the session.

“But anyway I’m on the front row and it’s great to have a front row lock-out for the team.”

Hamilton said he was pleased to see Bottas take pole position following the recent confirmation he will leave Mercedes at the end of the year. “Particularly with the news last week it’s great to see Valtteri driving so well.”

He will line up one place ahead of Max Verstappen. The Red Bull driver did not look like a contender for pole position early on in qualifying, but came within two-hundredths of a second of beating Hamilton on their first runs in Q1.

“I don’t know where they pulled out their pace, but it’s going to be close,” said Hamilton.

“They were miles off in one and two but all of a sudden they were right up their with us. So it shows it’s still super-close.”

2 comments on “Not my best qualifying session, admits second-placed Hamilton”