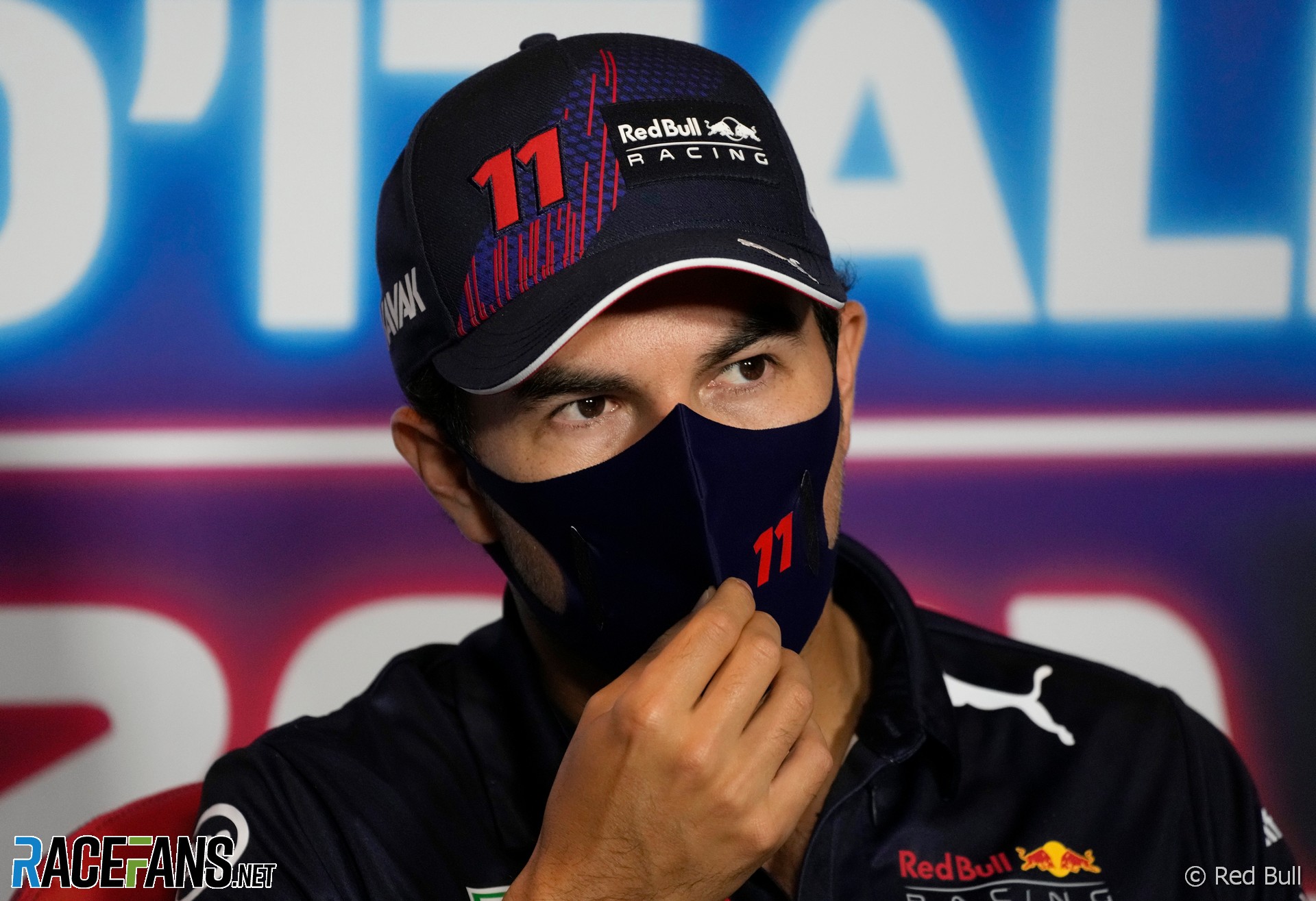 This afternoon’s qualifying session for the Italian Grand Prix risks becoming a “mess” if drivers get in the way of each other while trying to get a slipstream from a car ahead, Sergio Perez has warned.

Qualifying for the Monza race two years ago descended into farce as only one of the nine drivers who attempted to set times at the end of Q3 was able to. The rest failed to reach the starting line before the chequered flag as drivers held back, unwilling to be the only one to lap without a slipstream.

Perez is concerned the situation could be repeated this year. “I think we can expect a bit of a mess going into Q3, especially with people aiming for tows and trying to be close to each other,” the Red Bull driver predicted. “I think will be quite a hectic one come Q3.”

Last year drivers were advised in the race director’s event notes that the maximum time permitted between the two Safety Car Lines would be used to judge whether anyone had driven unnecessarily slowly during qualifying. The same guidance has not been published in this weekend’s notes.

Lance Stroll, one of the three drivers reprimanded over the 2019 episode, expects the same guidance will be put in place for qualifying this afternoon.

“They’re talking about enforcing lap delta for the out-laps like they did last year, which kept us all from driving unnecessarily slowly,” he said. “That’s kind of what causes the problems when someone really backs off and tries to find a tow.

“I remember back in 2019 I think we all messed up in Q3 because someone backed up and tried to get a tow and then we missed the lap. So it’s definitely critical here but we’ll see how it plays out.”