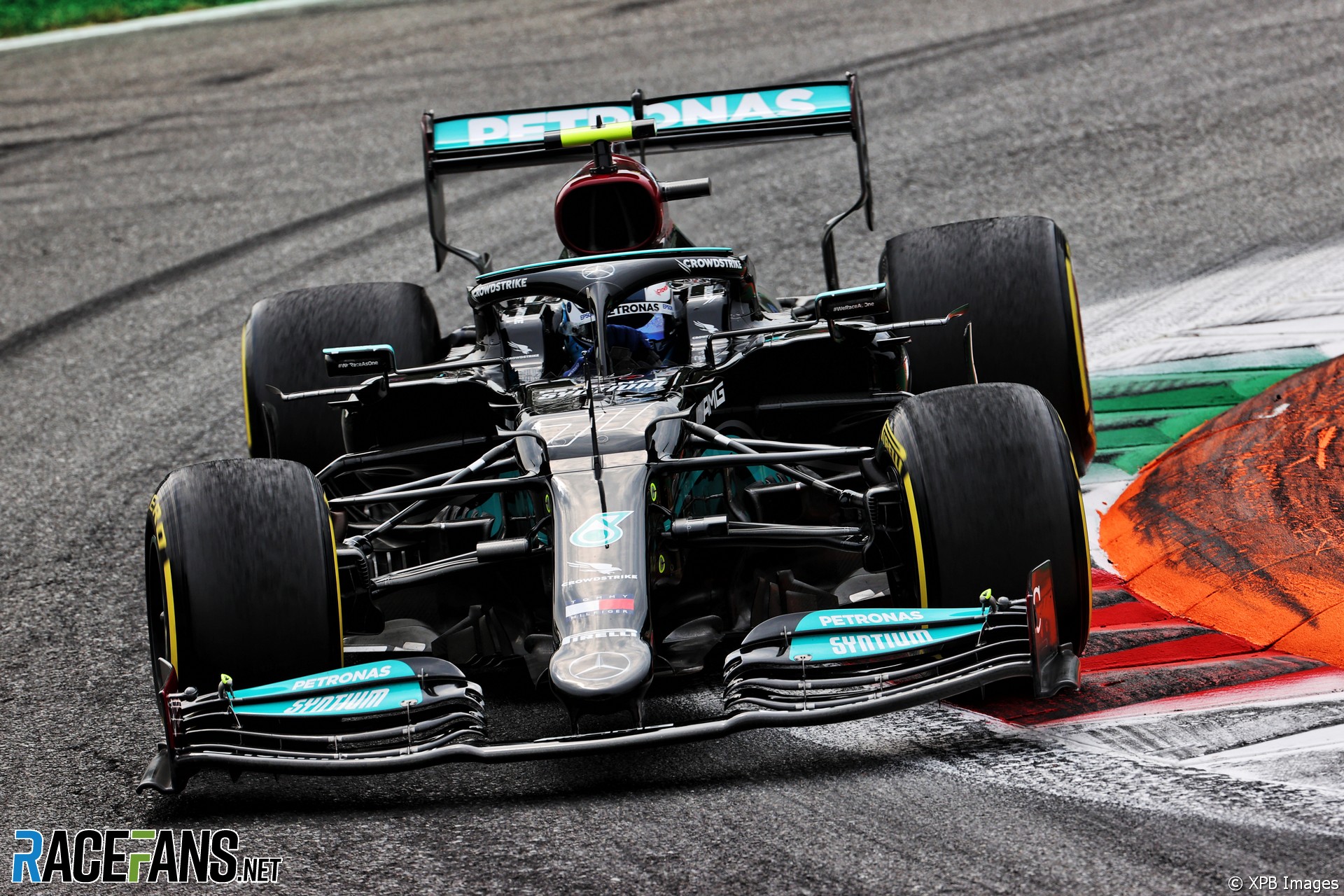 Having topped yesterday’s qualifying session and started from pole position, Bottas led away comfortably at the start. Team mate Lewis Hamilton, who started alongside him, got away poorly, falling to fifth behind Verstappen and the two McLaren drivers.

While the Mercedes drivers and Verstappen selected the medium tyres to start on, Lando Norris and Daniel Ricciardo favoured the softs, and ran behind Verstappen in the opening laps.

Pierre Gasly also came close to passing Hamilton, but touched Daniel Ricciardo’s McLaren as they threaded their way through the Rettifilio for the first time, damaging his front wing. As they rounded the Curva Grande the wing folded under his front wing, sending him into the barrier, though he scrubbed off enough speed to avoid a heavy impact.

That prompted the appearance of the Safety Car to neutralise the field while Gasly’s car was recovered. It also allowed Robert Kubica to rejoin the back of the pack after he’d been knocked into a gravel trap at the Variante della Roggia by Yuki Tsunoda.

After the race resumed Bottas was never challenged by Verstappen and ran out an unchallenged winner. Verstappen behind him will be very satisfied with his second place, adding two points to his lead over Hamilton at the top of the championship standings, and claiming pole position following Bottas’ grid penalty for an engine change.

Ricciardo and Norris claimed third and fourth for McLaren, Hamilton never looking likely to pass either of the soft-shod cars ahead of him. The Ferrari drivers followed them home followed by Antonio Giovinazzi’s Alfa Romeo, who gained two places at the start and kept them.

Sergio Perez finished where he started after losing spots to Giovinazzi and Lance Stroll off the line. He managed to re-pass the Red Bull driver after going off the track and handing the position back. Race control expressed reservations Perez had timed the exchange of positions with Stroll in such a way as to ensure he could easily re-pass the Aston Martin driver, but decided against taking any action.