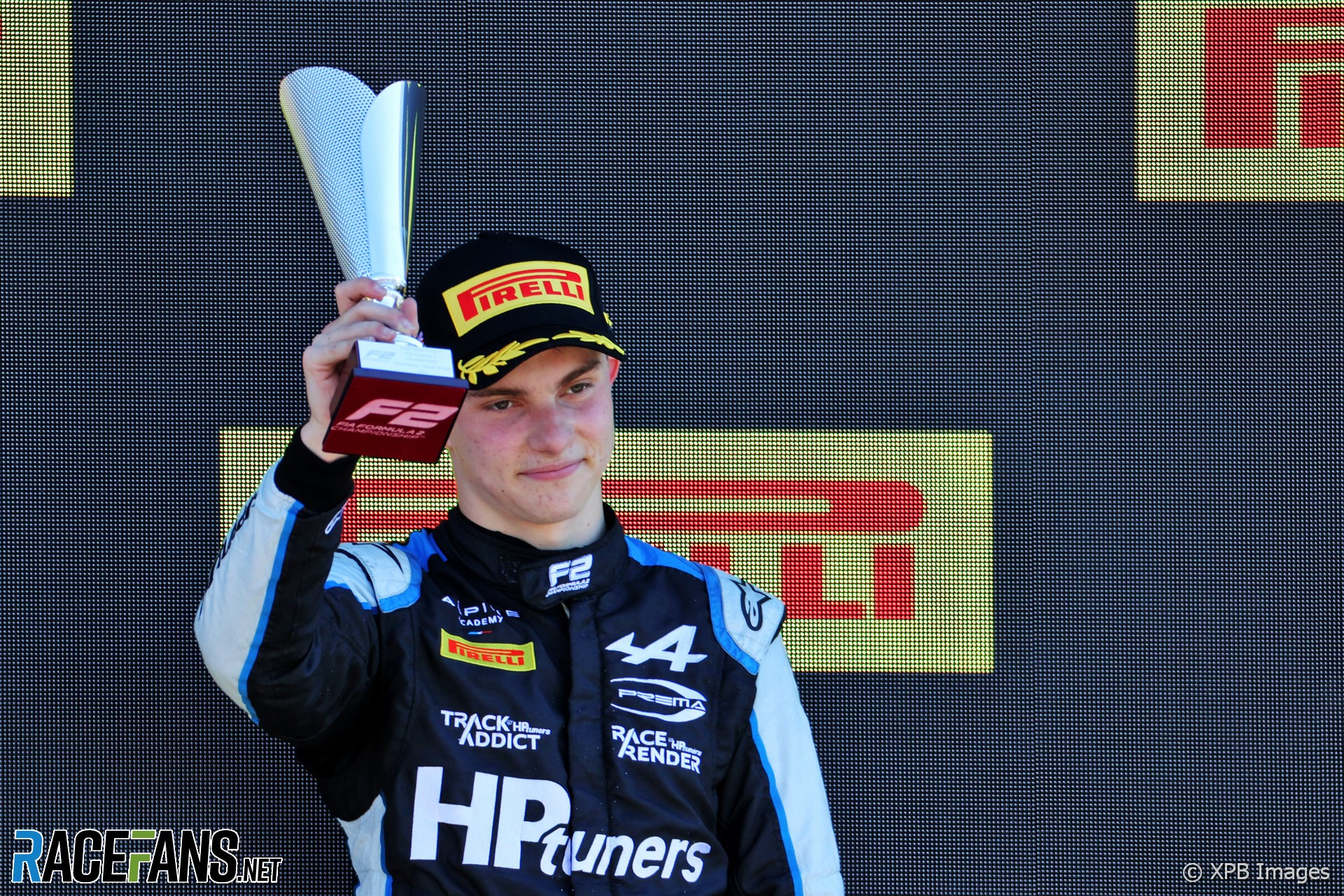 Formula 2 championship leader Oscar Piastri is disappointed at being overlooked for a promotion to Formula 1 despite his strong showing in the junior categories.

The 20-year-old is on course to win his third title in consecutive seasons. He won the Formula Renault Eurocup in 2019 and clinched the Formula 3 title last year.

The Formula 2 rookie leads the standings at the halfway mark and has taken pole position for this weekend’s feature race. Despite his consistent success, he appears unlikely to claim a place on the Formula 1 grid for next year, with most of the seats now taken.

Piastri admitted he appears to have missed his chance to gain a promotion to Formula 1 next year.

“I think I’ve done a good job of putting myself in a pretty prime position for an F1 seat,” he said. “I’ve won two championships in a row and leading a third. We’re still only halfway through this F2 year so a lot can still change.

“But all the moves in F1 are happening now or have already happened. So it’s a bit disappointing the way it’s kind of played out because I really don’t know what more I could have done.”

Taking pole position for this weekend’s main event was “quite nice to make a statement I’m still here”, he said. “It’s been a pretty tough few weeks watching everything unfold and not really being involved at all given the position I’m in. But that’s just the way the cookie crumbles.”

Piastri is a member of Alpine’s young driver programme, previously known as the Renault Driver Academy. The manufacturer has no customer teams in Formula 1 to place a young driver at, and has confirmed Fernando Alonso and Esteban Ocon will be Alpine’s drivers again next year.

Another Alpine junior driver Guanyu Zhou, who lies second in the standings in his third year of Formula 2, has been linked to a potential move to Alfa Romeo next year.

Meanwhile Piastri could win consecutive titles in F1’s supporting feeder categories, as Charles Leclerc and George Russell did, but without emulating their immediate graduation into F1. He would not be able to return to F2, as past champions are not allowed to race in the series.

“I think it probably is just a case of bad timing,” said Piastri. “But I still want to try and win this championship, obviously.