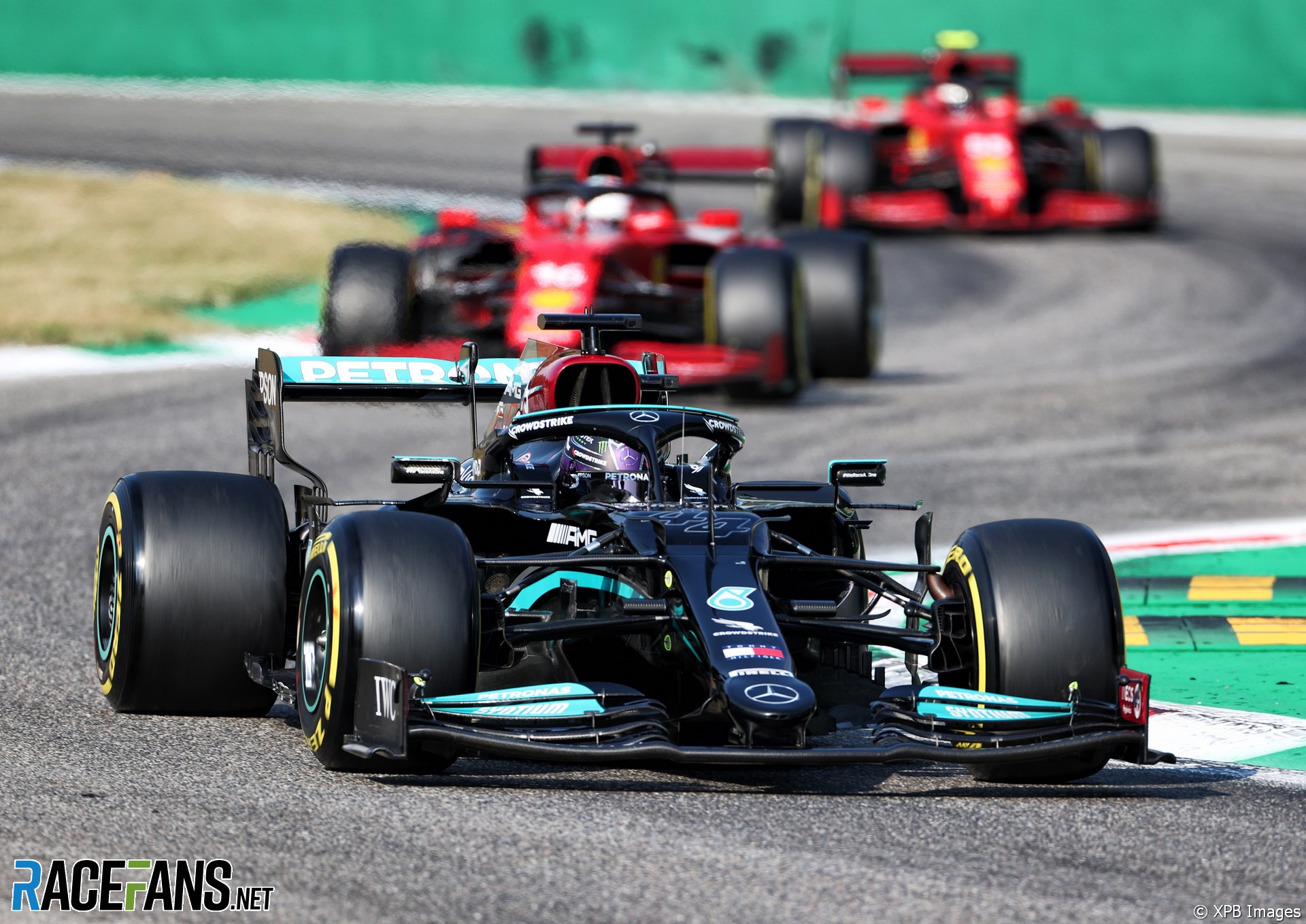 Verstappen finished second behind Valtteri Bottas, but the Mercedes driver will start from the back of the grid due to an power unit penalty.

Hamilton started second but fell behind Verstappen and the two McLaren drivers. He remained behind them until the end and will line up fourth for tomorrow’s race.

“We lost a lot of points,” Hamilton told Sky. Mercedes opted for the medium tyre compound while the McLaren drivers used a set of softs. “We underestimated how well they will behave,” he admitted.

“I’ve got to try and figure out how I can get by the McLarens tomorrow and try to limit the damage.”

Hamilton predicted Verstappen will win tomorrow’s race with little difficulty. “You saw the pace of the Red Bull,” he said. “I don’t know if he was quicker than Valtteri but they’re so fast and now he’s on pole, it should be an easy win for him.

“Me, I’ve just got to get ahead of these guys ahead.”

Red Bull’s consistent upgrades for their RB16B have kept them ahead Mercedes, Hamilton believes. “I think they’ve got more pace than we [expected] all year.

“They bring upgrades every week. From what I’m told there’s only one race they haven’t brought an upgrade. They’re constantly adding performance to the car. They did a great job but well done to Valtteri today.”

Bottas is hopeful he’ll be able to mount a comeback when he started tomorrow’s grand prix from the back of the grid.

“I feel good, it feels like it’s been awhile since I finished first in a race,” he said. “Unfortunately I’m starting from the back tomorrow but the speed is there so I’ll be fighting, I’ll be coming as high as I can tomorrow.

“But today I enjoyed – it was a very clean race and we had good pace.”

52 comments on “Hamilton predicts “easy win” for Verstappen from pole”