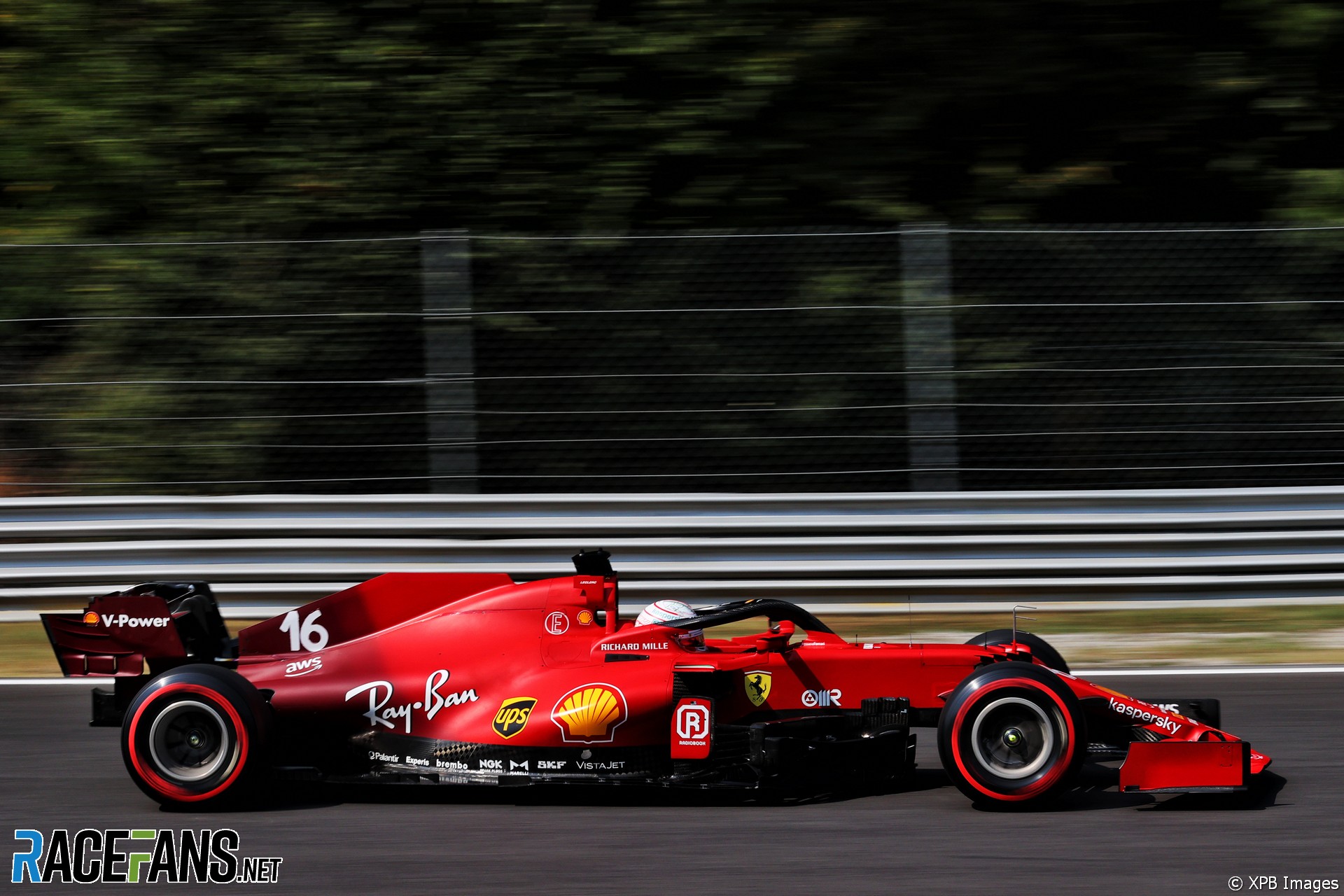 Both Ferrari drivers encountered problems in the final practice session ahead of the Italian Grand Prix.

Charles Leclerc pulled his car into the pits with five minutes left to run in a session which had already been shortened. He had told his team “I need to stop” after concluding his previous lap, adding “I cannot explain here.”

A spokesperson for the team said “we cut his session a few minutes short as he was feeling slightly unwell”. They did not indicate whether his participation in this afternoon’s sprint qualifying session was in doubt. However driver changes are only permitted before second practice in sprint qualifying weekends.

Leclerc had already lost running earlier in the session – along with the other drivers – as team mate Carlos Sainz Jnr crashed heavily at Ascari. Following preliminary checks Sainz was said to be unhurt, but he will undergo further inspections ahead of sprint qualifying.

Sainz’s second Saturday crash in as many race weekends came on his 15th lap of the day and left the front end of the Ferrari heavily damaged. The team is “working flat out, aiming to get Carlos’ car ready for sprint qualifying”, said the spokesperson.

The drivers claimed the fourth row of the grid for sprint qualifying, Sainz ahead of Leclerc. The latter encountered power unit problems in qualifying which led the team to re-fit his original hardware from the beginning of the season.