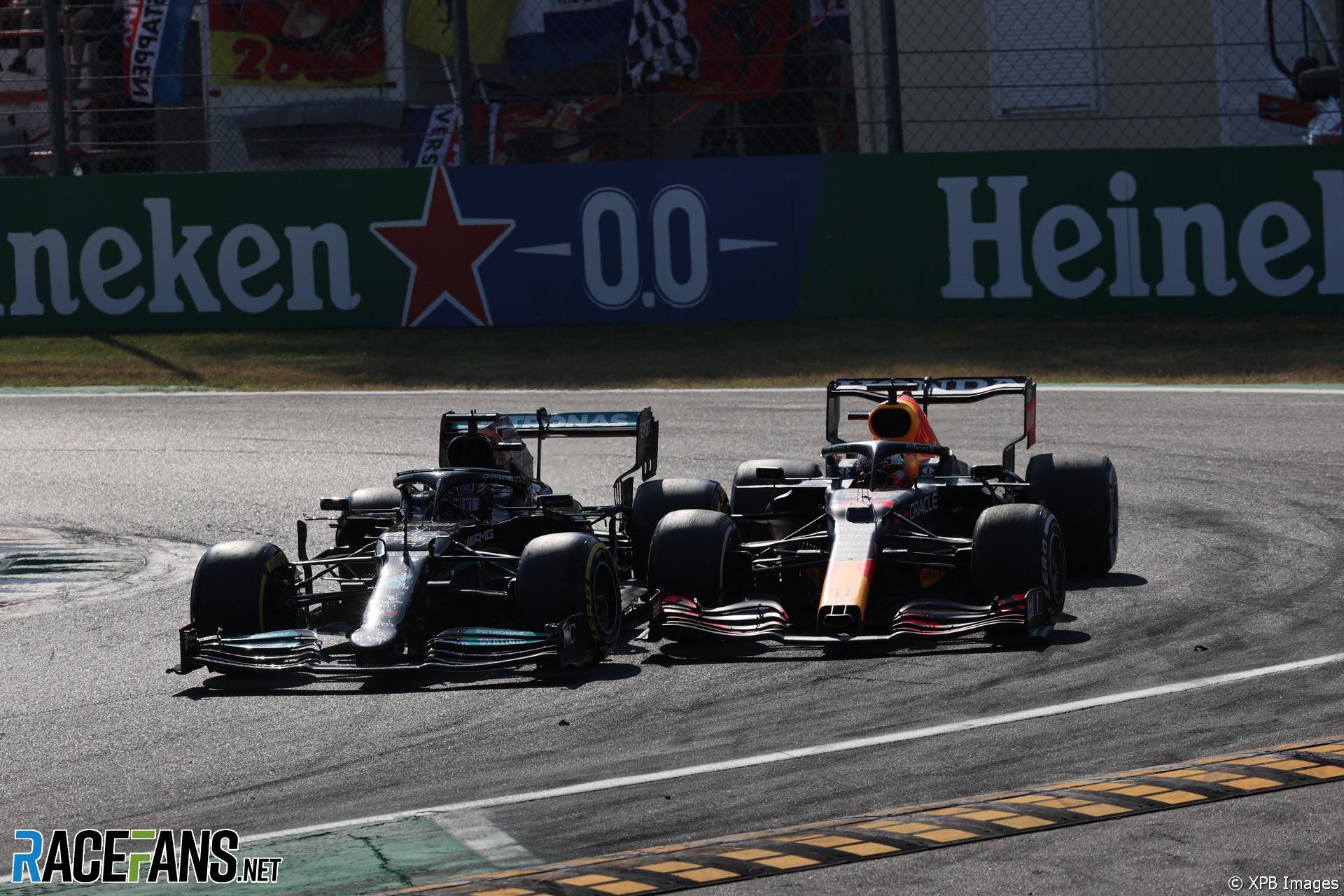 The two championship protagonists clashed for a second time this season at the Rettifilo chance after Hamilton had emerged from his pit stop. As the pair rounded the chicane they tangled at the apex of turn two, sending the Red Bull bouncing on top of the Mercedes and putting both drivers out of the race.

“In football, you would call it a ‘tactical foul’,” Wolff told Sky. “He probably knew that if Lewis stays ahead, then that was the race win, probably.”

However Red Bull team principal Christian Horner objected to the suggestion that the accident was in any way intentional. Told of the Mercedes boss’s comments, Horner said: “I think that I’d be disappointed if Toto suggested that.”

“I don’t think he’s thinking that going through turn one into turn two. He’s thinking, ‘how can I pass the car ahead?’.”

The collision followed an incident on the opening lap, at the Della Roggia chicane, where Hamilton was forced to yield to his rival. Wolff said his driver acted correctly by backing out.

“When you look at turn four, he backed out. And that was quite a thing, because you know he is probably staying ahead of you. Then the incident when they actually crashed, it was clear for Max in there that it would end up in a crash.”

Horner said the crash was a racing incident, but believes Verstappen was entitled to more room from him rival.

“For me, having looked at it and looked at it again, I felt Max deserved a bit more space to be given at turn two,” Horner explained.