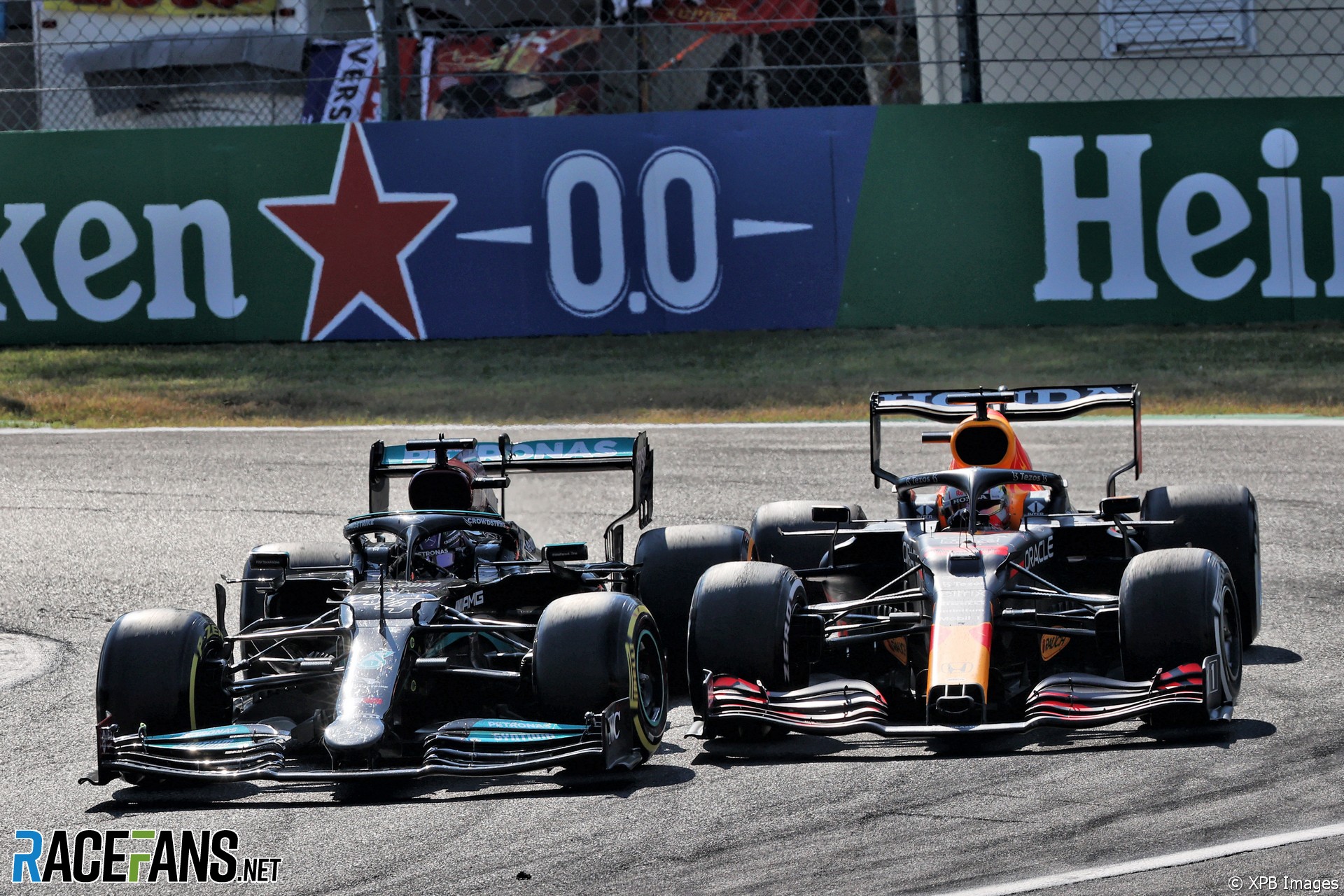 Red Bull’s top management defended Max Verstappen over his collision with Lewis Hamilton, but Mercedes believe they know their driver was to blame for the race-ending crash.

Verstappen and Hamilton retired when they tangled at the Rettifilo on lap 26 of yesterday’s race. The stewards held the Red Bull driver responsible, handing him a three-place grid penalty.

“We obviously felt strongly that Lewis had done absolutely nothing wrong and that Max was the one predominantly to blame,” said Shovlin.

“I think if you look at the fact that even Helmut and Christian weren’t trying to blame Lewis, it sort of feels like they know that Max was in the wrong because they will try and blame Lewis at any opportunity.”

The collision “cost Lewis a win and certainly a second place” said Shovlin. The race was won by Daniel Ricciardo, who was ahead of the pair at the time.

Shovlin said Mercedes have a lot to reflect on after a race they should have won. “It’s quite a lot to take in, really.

“I think that the sense we’re going to leave here with and reflect on tomorrow morning, though, is that we had a car that should have been first and second here and we haven’t scored that many points. So I think we need to be pretty critical with ourselves.”

While Hamilton had a difficult weekend prior to his retirement, Valtteri Bottas was consistently fast, but hamstrung by a penalty which left him at the back of the grid. He nonetheless recovered to finish third.

“Certainly with Valtteri we denied him the opportunity to win the race,” said Shovlin. “He’s done a brilliant job all weekend and starting from the back to get through to third was impressive.

“Even with Lewis there’s certainly things that we could have improved in the start on the sprint qualifying, that cost him quite dearly. So as is often the case we just walk away from here with a job list of things that we’ve got to get better at because we can do better than we’ve done recently.”