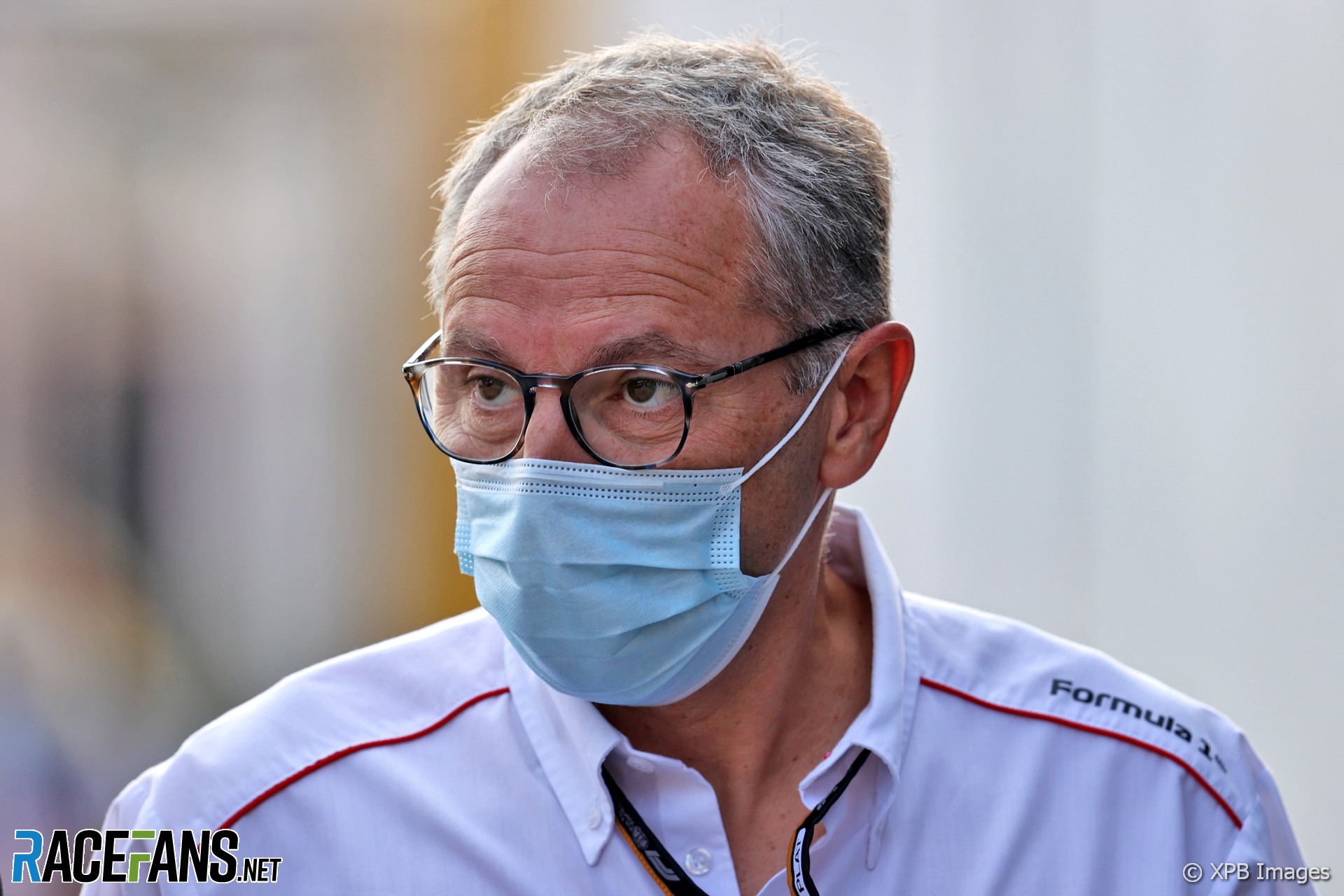 Formula 1 CEO Stefano Domenicali remains pleased with the progress the series has made with its sprint qualifying format despite the poorly-received second running of the event at Monza.

The Saturday afternoon sprint qualifying race was a largely processional affair which prompted criticism from fans and drivers. Sergio Perez described it as “boring”.

Domenicali, who last month described feedback to the first running of the sprint qualifying event as “overwhelmingly positive”, said the sport will wait until the third and final running of the format at the Sao Paulo Grand Prix in November before assessing it.

“As I always said, we are happy because things are progressing in the right direction,” Domenicali told Channel 4. He said the sprint qualifying race had contributed to a lively grand prix on Sunday.

“You may argue on the fact that the sprint was not so interesting. But at the end of the day, we had an incredible start, something happened, and you see that there is a McLaren on the front row.

“As we always said we’re going to do the debrief at the end of the third session, that’s going to be in Brazil, and see what type of things that we can bring on. But I think what we are doing is absolutely the right thing.”

“We had three days of excitement and tension,” he said. “Ordinarily, you only get two days. I firmly believe the whole event was improved – and, as I said, effectively shook up the order for the grand prix.

“Formula 1 has been brave enough to carry out this experiment and give an opportunity to review this format. Let’s not forget, the format hasn’t changed in F1 for decades. I think it offers a lot – and we still have a track to try it on. Then we’ll make an objective assessment and work out a way forward.”

Drivers’ criticism generally focused on the difficulty of overtaking during Saturday’s race, which was one-third of the distance of the grand prix.

“My feeling is the sprint is is too short,” said George Russell. “The cars are pretty much driving flat-out every single lap and it doesn’t offer enough opportunity between the cars to be able to overtake.

84 comments on “Sprint trial “progressing in the right direction” – Domenicali”