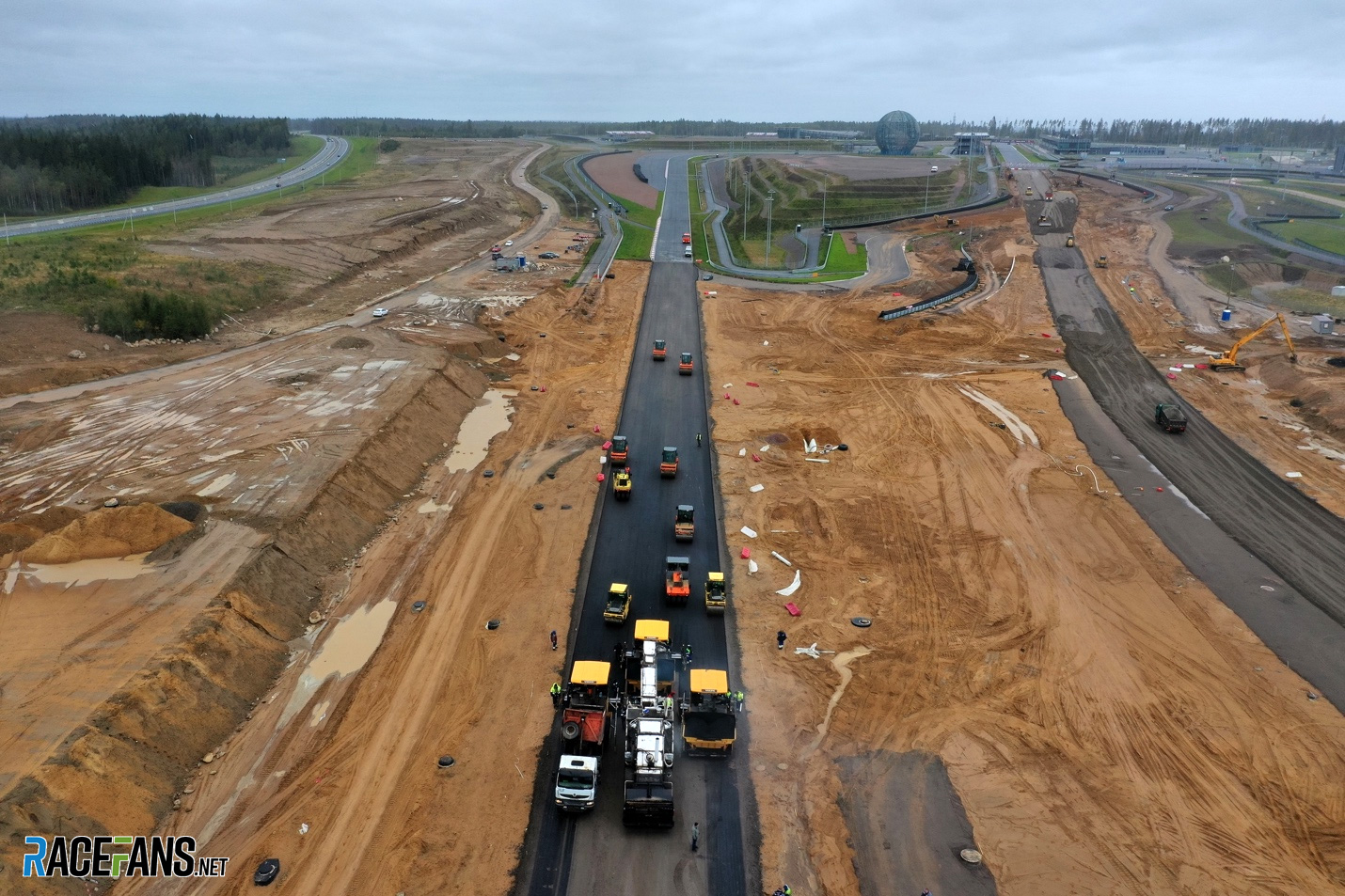 In the round-up: Work has begun on extending the Igora Drive circuit, which the Russian Grand Prix will move to after bidding farewell to Sochi next year.

The Igora Drive circuit, situated 54 kilometres outside St Petersburg, has begun work on a 1.1 kilometre extension which will be complete in time for it to replace Sochi as the home of the Russian Grand Prix in 2023.

While the track only opened two years ago and its original four-kilometre length met the minimum required for grand prix circuits, the extension is being built to improve its suitability for F1 racing.

Mercedes are favourites in Sochi – Perez

“Mercedes have won every race at Sochi since 2014 so they’re the favourites this weekend,” he said. “They’re definitely going to be hard to beat but like always we will give it our best. Sochi is a track I like because it is very technical, fast and fluid which I think makes qualifying quite exciting.”

The 2022 Asian Formula 3 championship will be held at the same two venues as last year. Yas Marina and Dubai Autodrome will hold all 15 rounds of the series, spread across five triple-header weekends.

The championship, which was won by Alpine junior driver Guanyu Zhou this year, will run on consecutive weekends from January 22nd to February 19th. It will begin and end at Yas Marina, with a trio of rounds in Dubai in between.

Valtteri Bottas may be in his final races as Lewis Hamilton’s team mate at Mercedes but team principal Toto Wolff is pleased with his outgoing driver’s recent performances.

“Our aim is to pull together a strong weekend, starting in FP1 and building one session at a time,” said Wolff. “Lewis is in the tenth championship battle of his F1 career, and he is laser focused on what he needs to deliver in the next eight races.

“As for Valtteri, he’s driving better than ever, like we saw in Monza – and he will be flat-out every weekend. There’s a calm determination about the team right now and the business end of a season, fighting for championships, is exactly what we enjoy the most.”

At least the sky is pretty even if the paddock is a tad flooded 😬🙄 pic.twitter.com/sLQh94ZL0C

"What does champagne taste like out of a shoe? I don't remember. What I do remember is that it was definitely my proudest day in motor racing."

Those junior programmes are not only silly and futile, but harm the young talent and F1 itself as well.

If an F1 team wants to hire a rookie – every single driver in the world would want to be hired, young or experienced. But there’s at most one or two seats for a rookie every single year in F1 – if that! Very often there is none.

And with those junior programmes, young prospects get entangled in long-term contracts with teams and their sponsors without actually competing in F1, which block them from possibly driving for other teams/brands – in and outside of F1 – if an opportunity arises and block their spots for other young drivers as well.

This ordeal only makes the whole thing more congested and static.
Amian