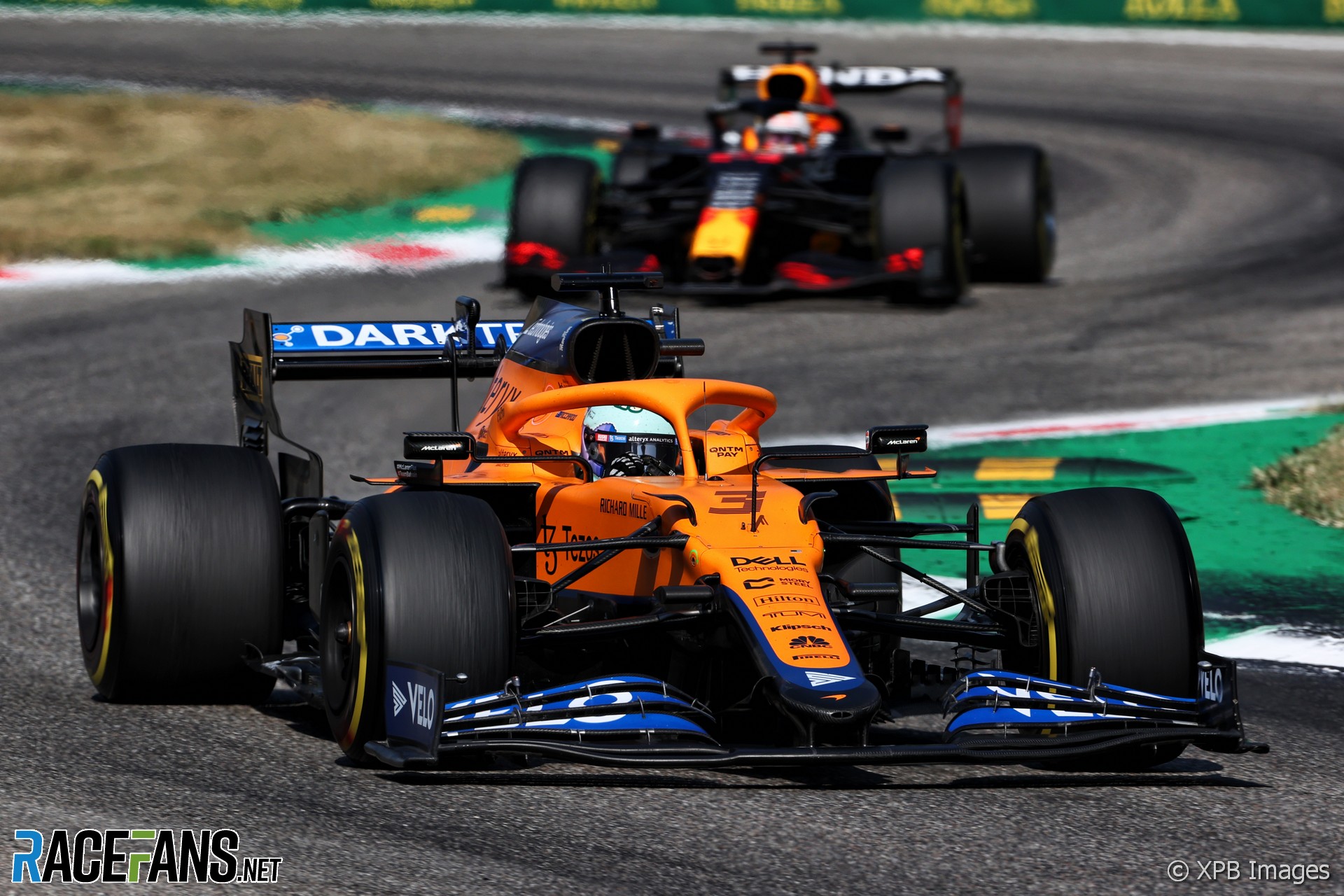 Daniel Ricciardo says his breakthrough victory for McLaren at the Italian Grand Prix came after he found a new level of confidence with the car.

Having joined the team from Renault at the beginning of the season, Ricciardo had struggled to compete on level terms with team mate Lando Norris. However he has made clear gains since the summer break.

“The last few weekends I’ve felt more comfortable and excited to come racing,” he said. “The break was good but obviously I’m ready to go again and I think I’ve shown that.

“So it’s just trying and keep showing that. If it turns into a victory or a podium, awesome. I think we’ll do well regardless of where we stand.”

Ricciardo said there wasn’t a single area of performance where he was lacking before. “[In] braking maybe there was some stuff that I wasn’t that strong on. But in general, I wouldn’t say that was a stand-out weakness.

“I think I was probably struggling in a few areas. I probably wasn’t perfecting anything in the first half of the season.”

He believes he still has some room for improvement in the car. “I’m getting closer,” said Ricciardo. “I wouldn’t say I’m perfecting it yet.

“But certainly Monza was encouraging to go there with that style of circuit, the big braking zones, the low downforce. To have a bit of confidence throwing the car around, that was positive.