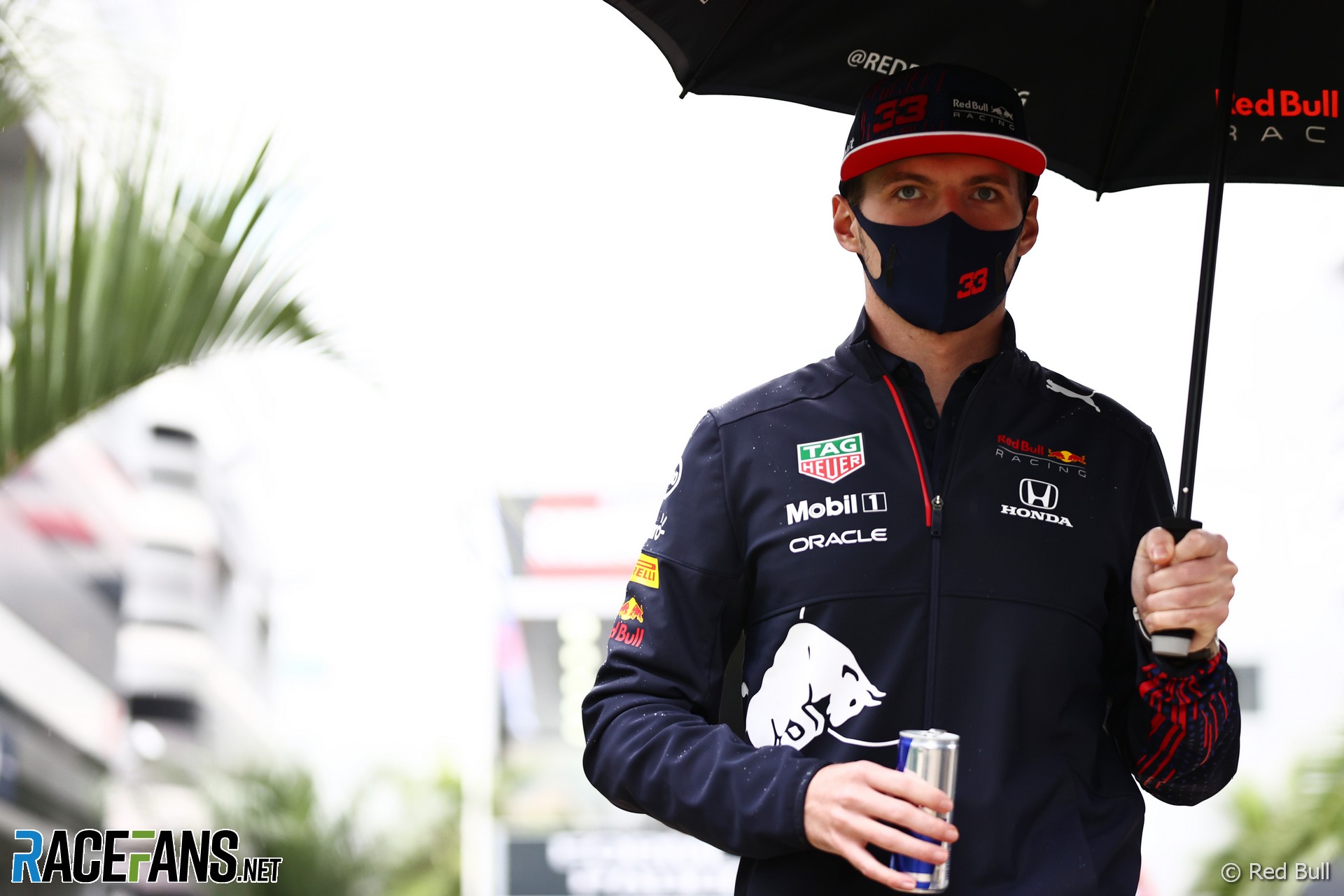 The possibility of rain during the Russian Grand Prix may complicate Red Bull’s decision whether to replace Max Verstappen’s power unit.

Verstappen’s second Honda RA621H power unit was damaged when he crashed in the British Grand Prix following contact with Lewis Hamilton. The team ran the unit at the Hungaroring but concluded it was too damaged to race without further repairs.

Red Bull may therefore need to exceed the maximum allowed number of power unit components on Verstappen’s car, which will trigger an automatic penalty. This weekend’s race is thought to provide a good opportunity, as the Sochi circuit has several straights where overtaking is possible and Verstappen’s starting position is already compromised by the three-place grid penalty he incurred at Monza.

However the forecast of rain during the weekend may complicate that decision. Heavy rain is forecast for much of Saturday, and the variable of a wet qualifying session could increase Verstappen’s chances of claiming a grid position ahead of the Mercedes drivers at a track where they are historically strong. If race day looks likely to be wet, the team may prefer to avoid the added risk of starting near the back where visibility will be poor.

“This is, of course, what we have to take in consideration,” Verstappen admitted on Thursday in Sochi. “But I also think in general we just have to wait and see how competitive we are,” he added. That’s why I don’t know at the moment what we are going to do.”

Several senior figures at Red Bull will have input into the decision, said Vettel. “Everyone needs to, of course, agree to it,” he said. “But of course, I can also have my opinion about it.”

Two drivers from the top two teams have already exceeded their allocation of power unit parts. Sergio Perez did at the Dutch Grand Prix and Valtteri Bottas did the same at Monza. Both had to start the race from the back of the grid.

At present Mercedes have not indicated Lewis Hamilton will need to do the same.

“As far as I’m aware right now, I think we are okay,” he said in response to a question from RaceFans. “However, there is a long way to go.

“At the moment we have no plans to put in a new engine. I hope that stays the same, but obviously I can’t predict the future.”