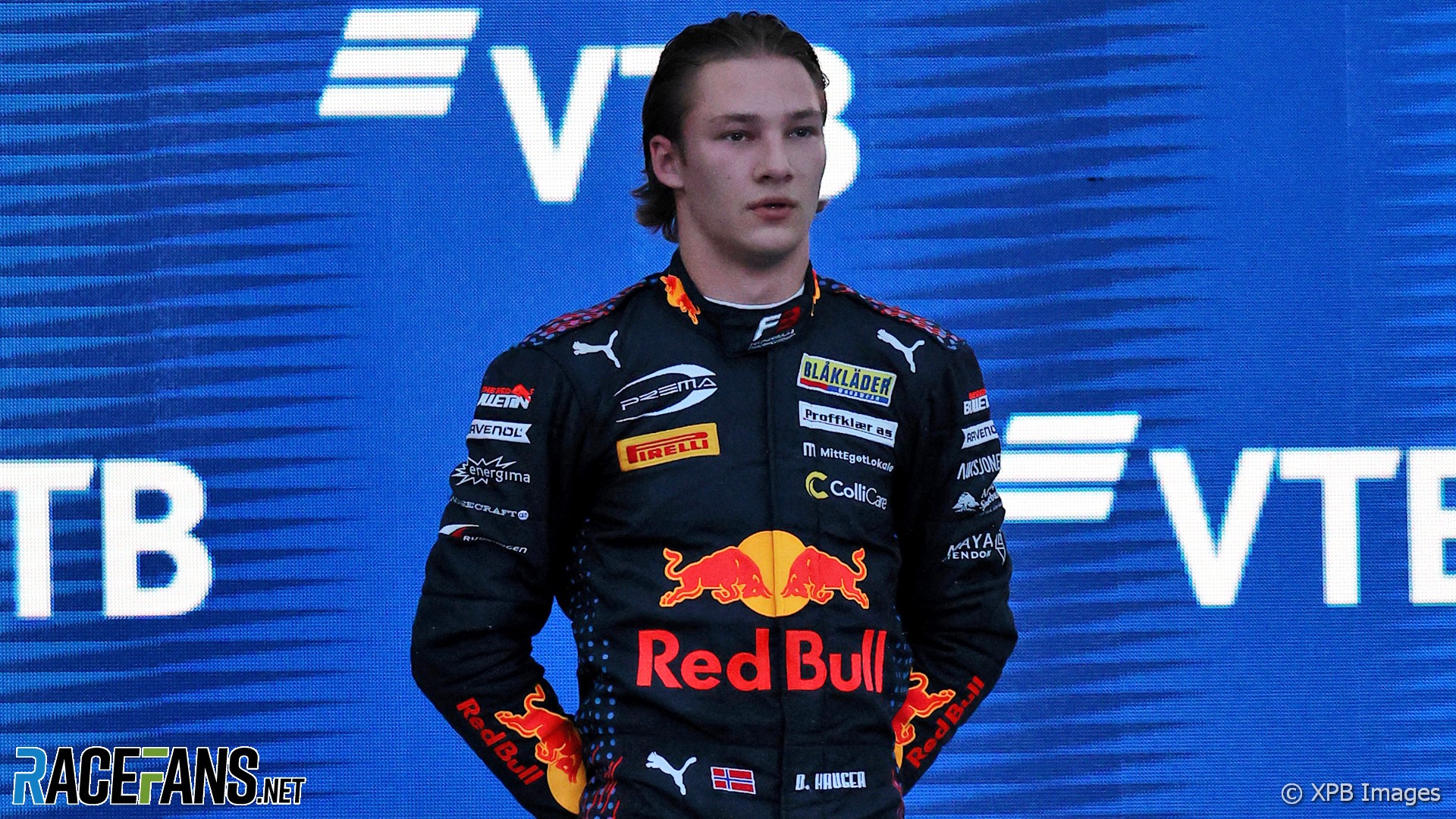 Newly-crowned Formula 3 champion Dennis Hauger admitted he had doubts about his abilities after his disappointing 2020 campaign in the series.

The Red Bull Junior team member arrived in F3 last year after winning the Italian Formula 4 championship. However a difficult season with Hitech yielded just two points finishes – both at the Hungaroring, including a podium – and 17th place in the championship.

Hauger admitted that left him facing self-doubt. “One of the things I started questioning myself was ‘what’s happening?’, ‘am I good enough?’ last year.”

“After testing with Prema, working with Prema, I really learnt mentally that I never had to doubt myself,” he said. “I knew this was going to be an important year so I was putting all the effort into this season and happy to end it on top.”

The 18-year-old said he felt more comfortable in the F3 car following his change of teams.

“It’s the same chassis but there’s so much you can do set-up wise. That’s the main difference. I got a car this year, I could work with the team to find something that suits me that I can find myself comfortable in and to push that a little extra.

“Last year I didn’t really get the help to get that confident with the car in terms of how their car was. So it was obviously nice to get into the season comfortable with everything and push the team to always maximise it.”

Hauger stamped his authority on the 2021 F3 season, taking pole position at the opening round and building up a health lead over his pursuers. Only a sub-par weekend at Spa-Francorchamps offered hope to closest rival Jack Doohan, but Hauger was back on form the following weekend at Zandvoort.

“Definitely that first weekend in Barcelona taking pole and victory was special,” he said. “Getting a good start and getting that confidence straight away was a nice feeling and a good way to start the season, obviously.

“Also in Red Bull Ring coming from P12 to P1 was really cool and great fun. So there’s been a few moments this season that I can take with me for sure.”

He clinched the championship with second place behind Logan Sargeant in the opening race of this weekend’s season-ending round in Russia. “It’s definitely the best feeling I’ve had of being a second ever,” he said.

“After last season wasn’t the best year and it was hard also mentally, getting back and getting the championship is unreal.”