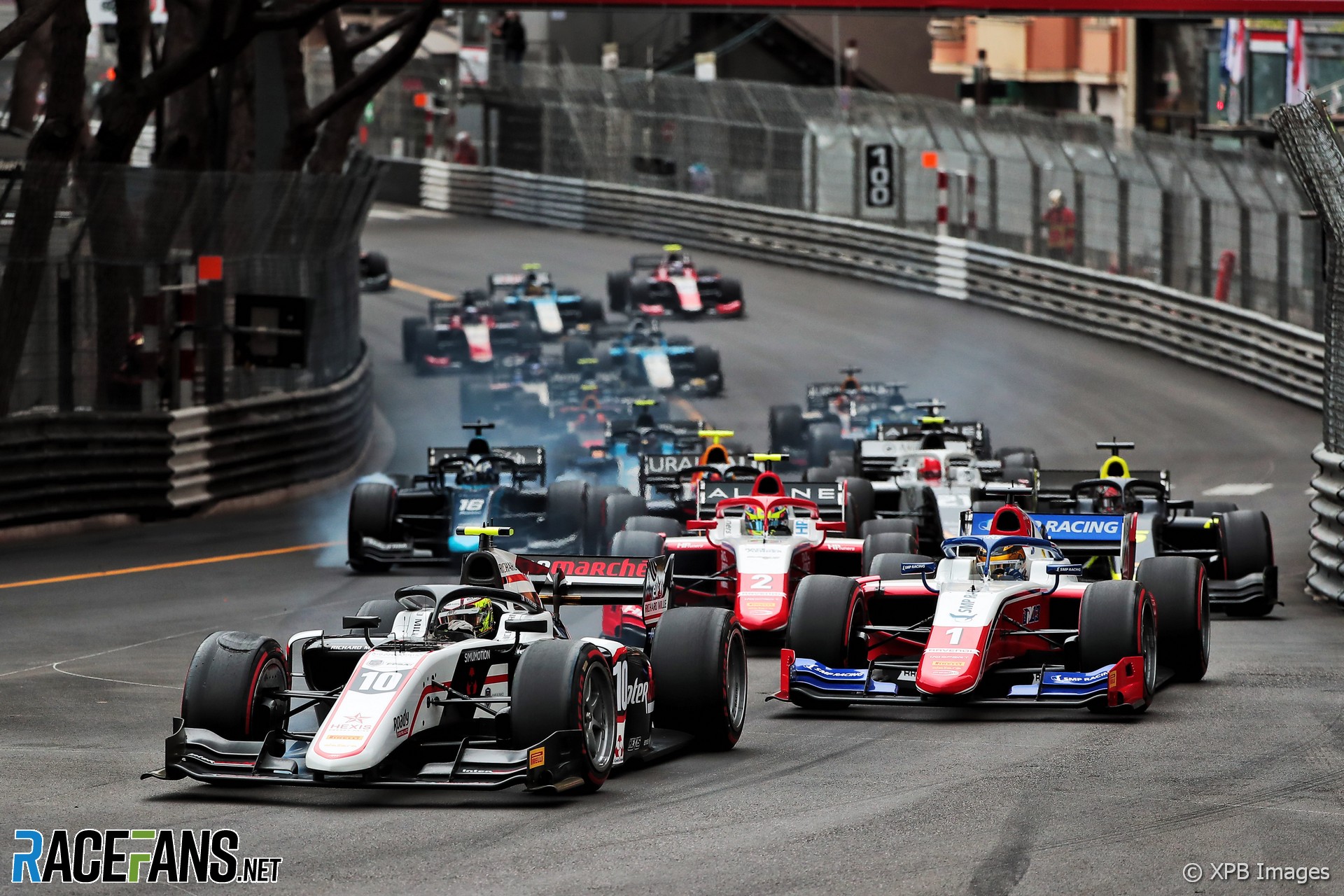 Formula 2 and Formula 3 will race on the same weekends again in 2022 and drop the triple-header format which was introduced this year.

The two junior championships moved to a three-race weekend format for the 2021 season. The series also ran on separate weekends in what was originally described as a cost-saving measure.

Both series will return to holding two races per weekend in 2022 and will accompany the same Formula 1 rounds as each other. However their 2022 formats will not exactly replicate the pre-2021 arrangement.

Formula 2 will run 45 minutes of practice and a half-hour qualifying session on Friday. That will set the grid for the feature race, which will take place on Sunday. The starting grid for Saturday’s sprint race will be decided by reversing the top 10 qualifiers.

Formula 3’s format will be the same, exception the top 12 qualifiers will be reversed to form its sprint race grid, due to the larger F3 field.

The number of events each series will run next season, as well as how many they will share, has not been announced yet.

Bruno Michel, the CEO of F2 and F3, said that he believed the 2021 format had served well in sporting and financial terms but that the sparser number of events meant long gaps between them, which had had a more negative impact.

“In 2021, we introduced a new race weekend format and chose to have F2 and F3 race separately, mainly for costs reasons, and it proved to be quite efficient,” he said.

“However, even if sporting-wise that new format worked pretty well, we understood that there was too much time in between each event, which was not ideal for the teams, the drivers and the fans.

“At the same time, there has been a strong will by the different stakeholders to have F1, F2 and F3 racing together again. After careful consideration, together with the FIA, we have decided to change the sporting regulations accordingly.”

F1 CEO Stefano Domenicali said that bringing both support series back together over a weekend would provide “maximum excitement” for attendees.

Although the weekend structure has gone back to two races per event, Michel reinforced that he believed holding the feature race on Sundays, thus delaying the fastest qualifier assuming pole position, was the right course of action.

“We are keeping our races where the most points are allocated and the stakes are higher on Sundays, ahead of the Formula 1 Grand Prix,” he said. “It’s worked quite well this year and I believe this has brought a lot of action and entertainment on Sunday morning.”