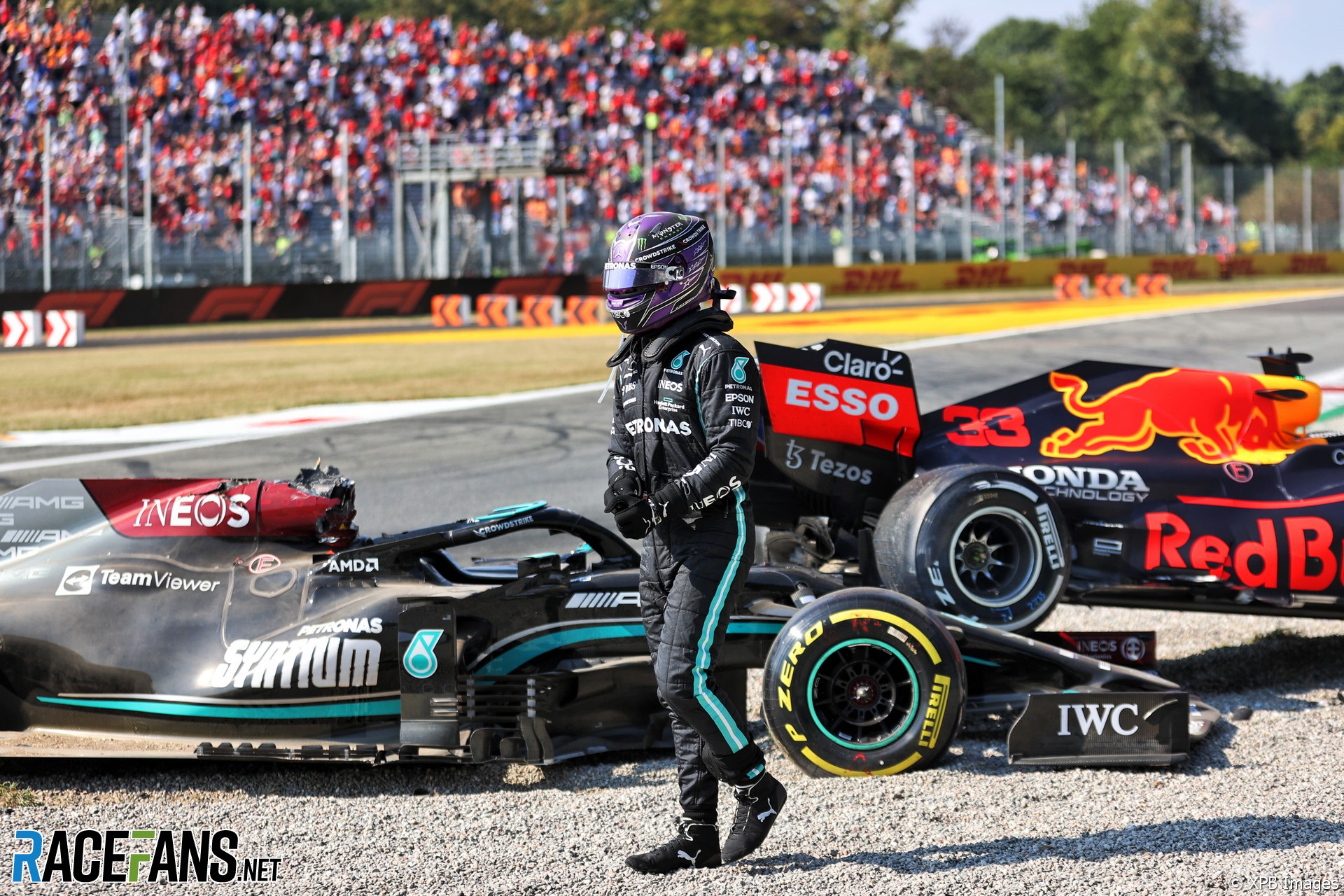 Mercedes team principal Toto Wolff expects the collisions between Lewis Hamilton and Max Verstappen will continue as the Mercedes driver has become less willing to back down.

The two championship contenders made contact at the Italian Grand Prix two weeks ago and the British Grand Prix prior to that.

There were near-misses between the pair previously at Imola and the Circuit de Catalunya earlier this year. Wolff said Hamilton had resolved to be less accommodating towards his rival following those two close encounters.

“I think the change of approach is that Lewis pretty much decided not to bail out any more when he thinks that the corner is his,” said Wolff.

Both drivers therefore need to be prepared to back down when fighting with each other if they fail to win the corner, he added.

“It needs two to tango, it needs two to understand each other on track when a collision can be avoided. They are in the cars, we have no influence on the driving. They will know much better than we how the other one is racing and it’s interesting to watch.”

However he suspects further incidents involving the pair are likely over the remainder of the season.

“I think they pretty much know what they do. In my opinion if they both wanted to avoid collisions, we would have less collisions.

“If they don’t avoid collisions because they feel it’s right to not bail out or not give room, then we will have more. We are not sitting in the cars.”

Despite the growing intensity in the rivalry between Hamilton and Verstappen, Wolff believes the two championship rivals still have respect for each other.

“The very good ones recognise the other very good ones,” he said. “And therefore, from a driving standpoint there will be a lot of respect with each other, like with some others on track.