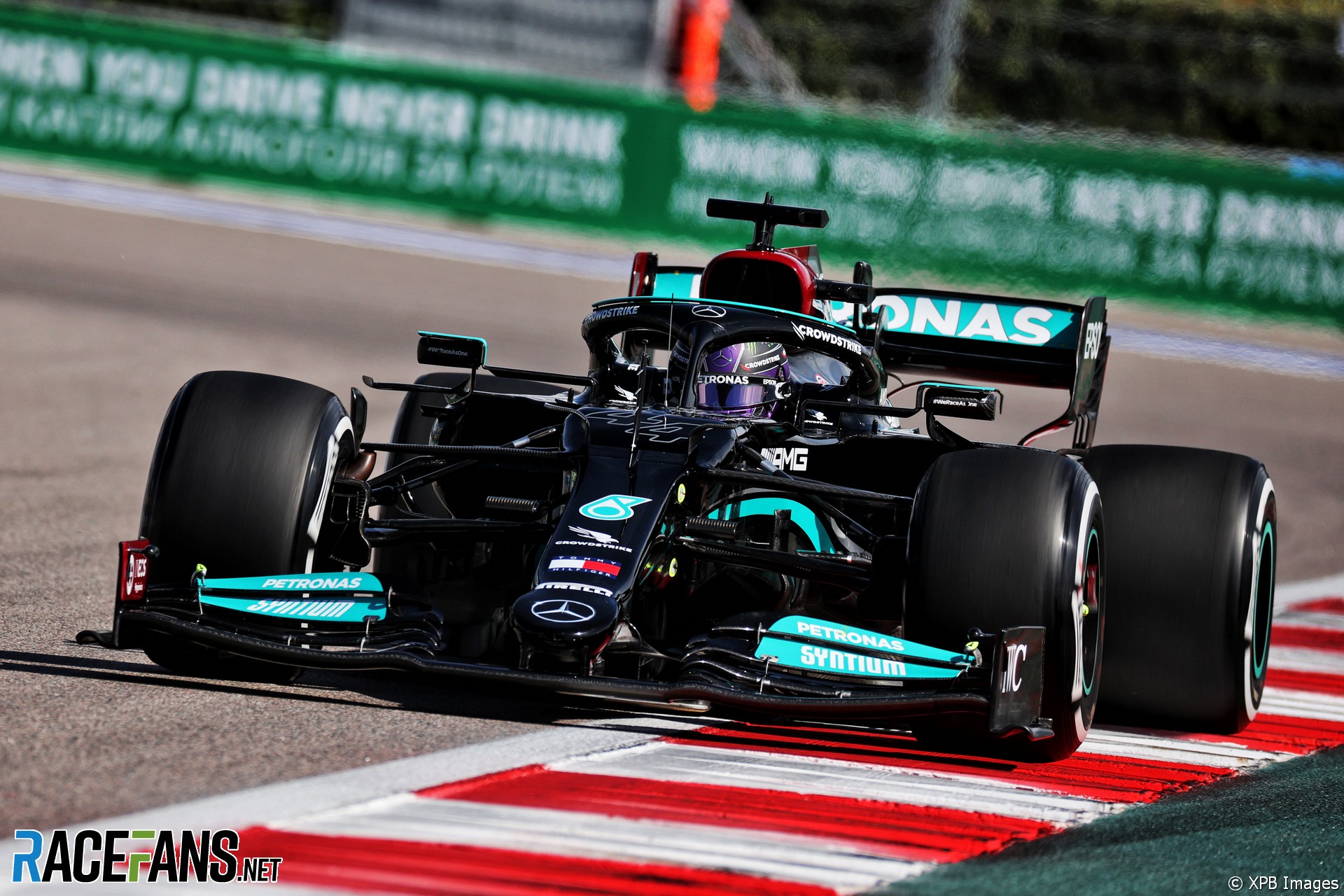 Lewis Hamilton says Mercedes must make the most of the opportunity offered by Max Verstappen’s grid penalty at this weekend’s Russian Grand Prix.

The Red Bull driver will start Sunday’s race from the back of the grid after having a new power unit fitted to his car, which meant he exceeded the maximum number of parts he is allowed to use.

Hamilton, who lies five points behind Verstappen at the top of the championship table, said the development “doesn’t really change anything for us” but admitted it gave him a valuable opportunity.

“We’ve just got to do our thing and focus,” he said. “It’s a tough year, I think, for everyone with reliability. That’s definitely a shame for him.

“But we’ve got to try and capitalise on that, get a maximum result. A one-two would be spectacular for us as a team.”

Mercedes headed both of Friday’s practice sessions at Sochi Autodrom. Hamilton, who trailed team mate Valtteri Bottas in both sessions, revealed the pair were running different set-ups on their car.

He said he was encouraged by their day’s work. “It seems like we started off on the right foot,” he said. “We’re always trying to progress.

“The first run in the first session was the best. We’ve been migrating and adjusting since and it’s not been as good as that one as you start to push more and more, I guess.

“But generally a good session pace-wise. We’ve got some work [to do] probably on the long run.”

“Tomorrow it’s going to be raining a lot, we heard. It’s going to be a big wet day tomorrow. It’ll be interesting to see what we do in terms of set-up for that, knowing that potentially Sunday is dry.”

65 comments on “Hamilton: We must capitalise on Verstappen’s back-of-grid start”