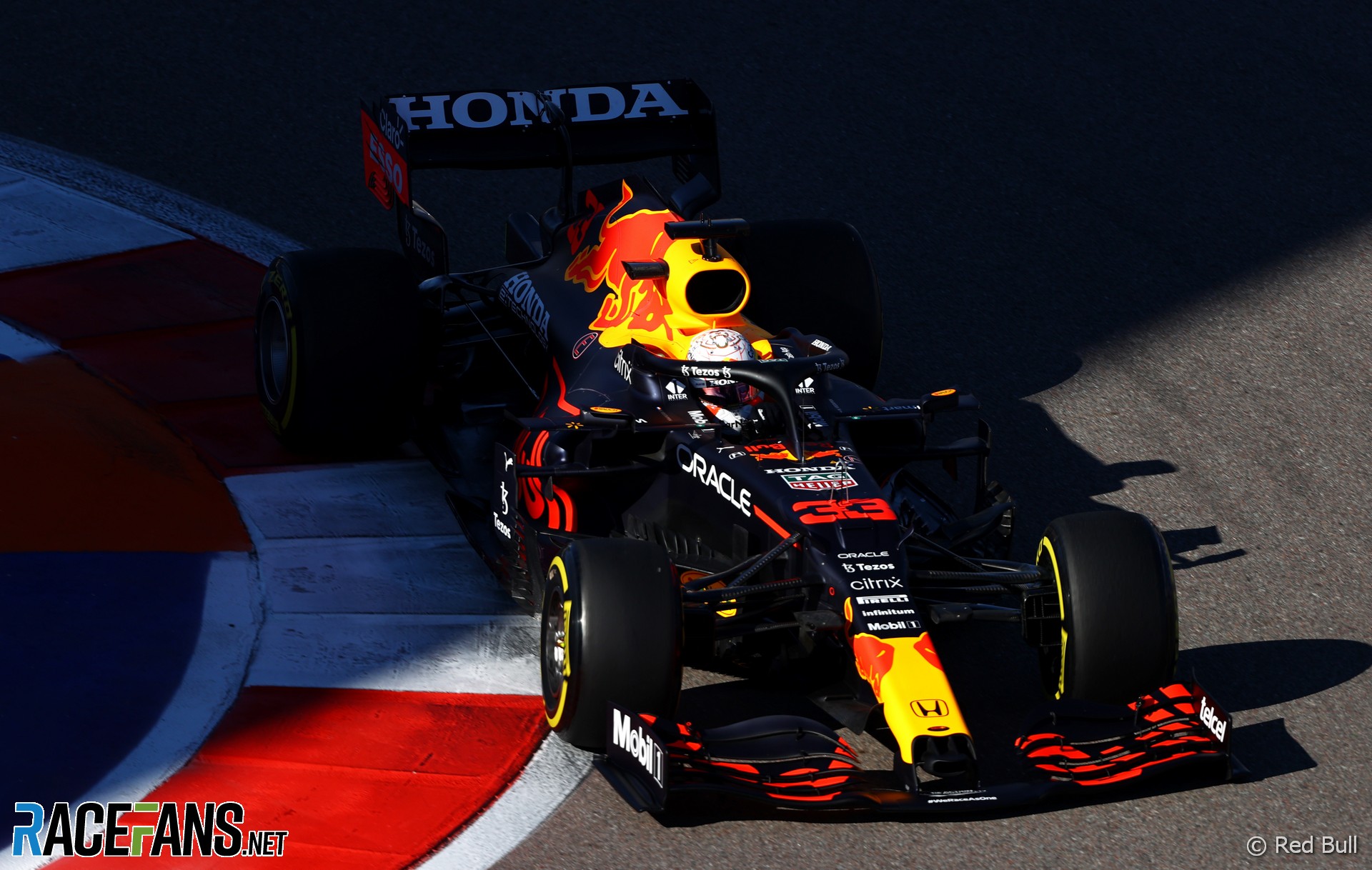 Max Verstappen says it will be more difficult to race from the back of the grid to the front at Sochi this weekend than it was in 2018.

The Red Bull driver will start Sunday’s race from the back of the grid. He collected a penalty after his team fitted a new power unit to his car, which meant Verstappen exceeded his maximum allocation of components.

Verstappen set the third-quickest time in the morning practice session behind the two Mercedes drivers. However he said the decision to take a power unit penalty at this race was not only a consequence of their performance compared to their championship rivals.

“It’s not only the results,” said Verstappen. “I said before that we’ll take everything into account also with the weather for tomorrow. We thought it would be best to take it here.”

Three years ago Verstappen finished fifth in the Russian Grand Prix after starting 19th due to a power unit penalty. He expects a more difficult recovery drive this weekend.

“In 2018 the gaps to the midfield were a bit bigger,” he said. “So naturally it will be a bit more difficult to come though.

“But we have to take the penalty anyway. If we wouldn’t have taken it here we would have taken it somewhere else. So we thought we’ll decide to do it here and we’ll try to make the best of it in the race.”

The team’s decision was also complicated by a forecast of heavy rain tomorrow, which could see qualifying postponed from Saturday to Sunday. However Verstappen said that did not have a significant bearing on their set-up direction for the race.

“We just tried to make the best possible racecar for this weekend once we decided to take that engine,” he said. “I hope of course it’s going to work out but tomorrow let’s first wait and see how the weather will be.”