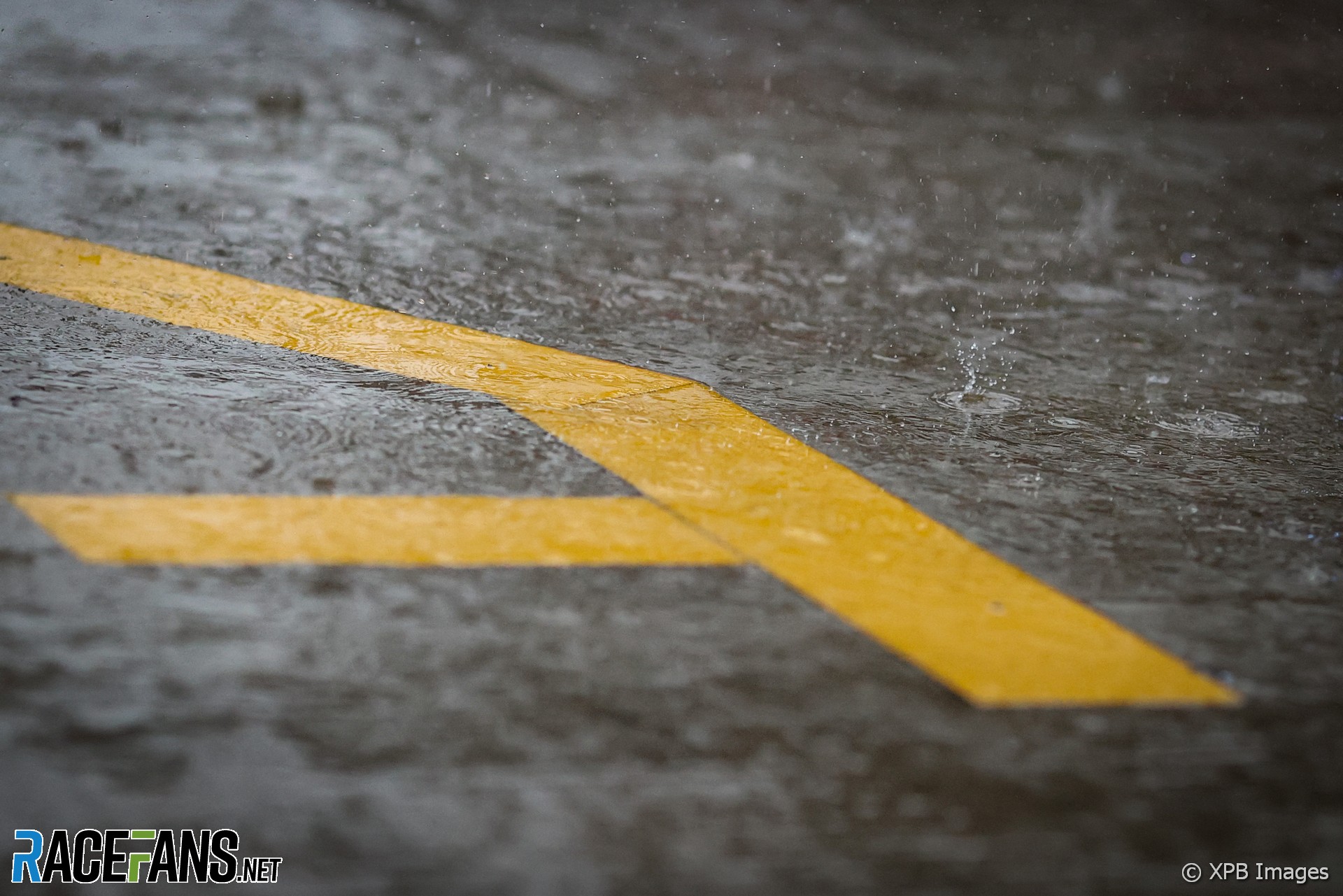 Formula 1 has confirmed its final practice session for the Russian Grand Prix will not go ahead due to heavy rain at the Sochi Autodrom.

With rain pouring at the circuit and forecasts indicating it will continue throughout the scheduled hour of practice, race control took the decision not to hold the session.

“Having received a request from the race director and the clerk of the course, in accordance with Article 15.3 a) of the Formula 1 Sporting Regulations, and Articles 11.9.3.m and 11.9.3.o of the FIA International Sporting Code, decide, in the interest of safety, to modify the official programme by cancelling free practice session three due to force majeure.

“For the purposes of the regulations and associated time limits, free practice session three will be
considered as having taken place, except where otherwise advised by the race director.”

The rain has already caused other alterations to today’s schedule. The morning’s Formula 3 race was brought forward and held yesterday, while the opening Formula 2 race was postponed.

A further Formula 3 race is due to take place at 1:40pm local time, and Formula 2’s second race was scheduled to go ahead after F1 qualifying at 4:45pm.