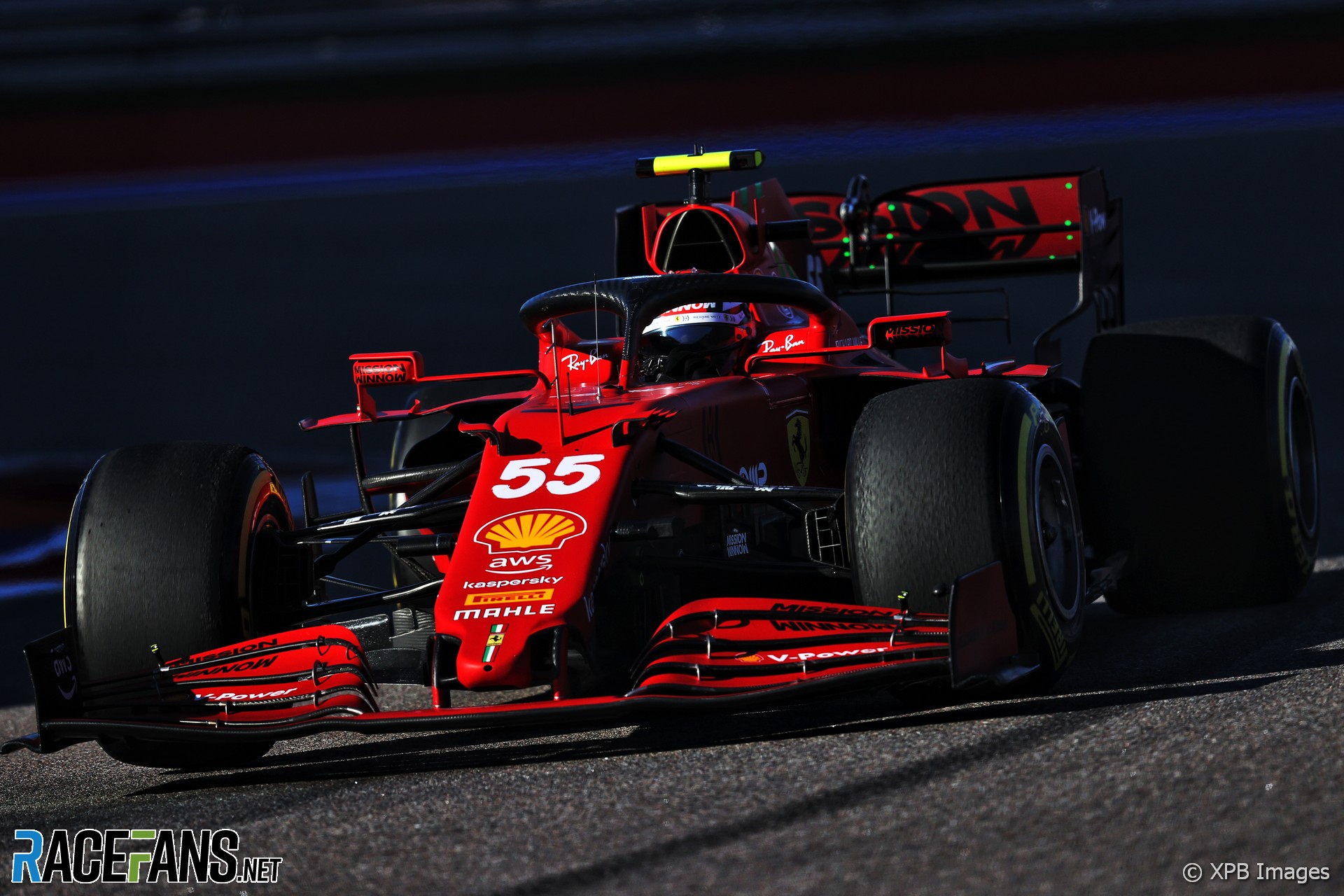 Ferrari expect to give the second example of their upgraded power unit to Carlos Sainz Jnr within the coming races.

Charles Leclerc was chosen as the first driver to run the new hardware at this weekend’s Russian Grand Prix.

However Ferrari is unlikely to roll out the upgrade to its customer teams Haas and Alfa Romeo before the end of the season.

The team’s racing director Laurent Mekies explained how they will decide when to introduce the upgrade on Sainz’s car.

“The difference in performance is never going to be huge because it’s all about adding these small steps,” he said. “The sporting penalty is significant. We are also fighting for every single point for the constructors’ championship so we are trying to evaluate when it is reasonable to do it from performance versus penalty point of view.

“Of course, you should not do it too late because the more you wait, the less you will have benefits from the switch. So I think in the next couple of races we will probably make the call.”

Formula 1 teams will be able to introduce further power unit upgrades next season, after which the specifications will be frozen. Mekies said Ferrari was eager to introduce the upgrade before the end of this year to assess its development direction for 2022.

“The main target with this power unit is above all to work for next year,” he said. “So the big push from the company to try to bring this new hybrid system as early as now, is to make sure that we can confirm that all the processes, all the direction of development that we have for next year’s PU is confirmed with the race track feedback.

However Haas team principal Guenther Steiner doesn’t expect the upgrade to be provided to his team or fellow Ferrari users Alfa Romeo this year.

“It is for 2022, the changes they made,” said Steiner. “For us this year it doesn’t make sense to put it in any more.

“I think it would also be logistically not possible to do for them because if they give it to us, they need to give it to Alfa Romeo, as well and I think they cannot do that.”

3 comments on “Sainz to get upgraded Ferrari engine this year, Haas and Alfa Romeo must wait”