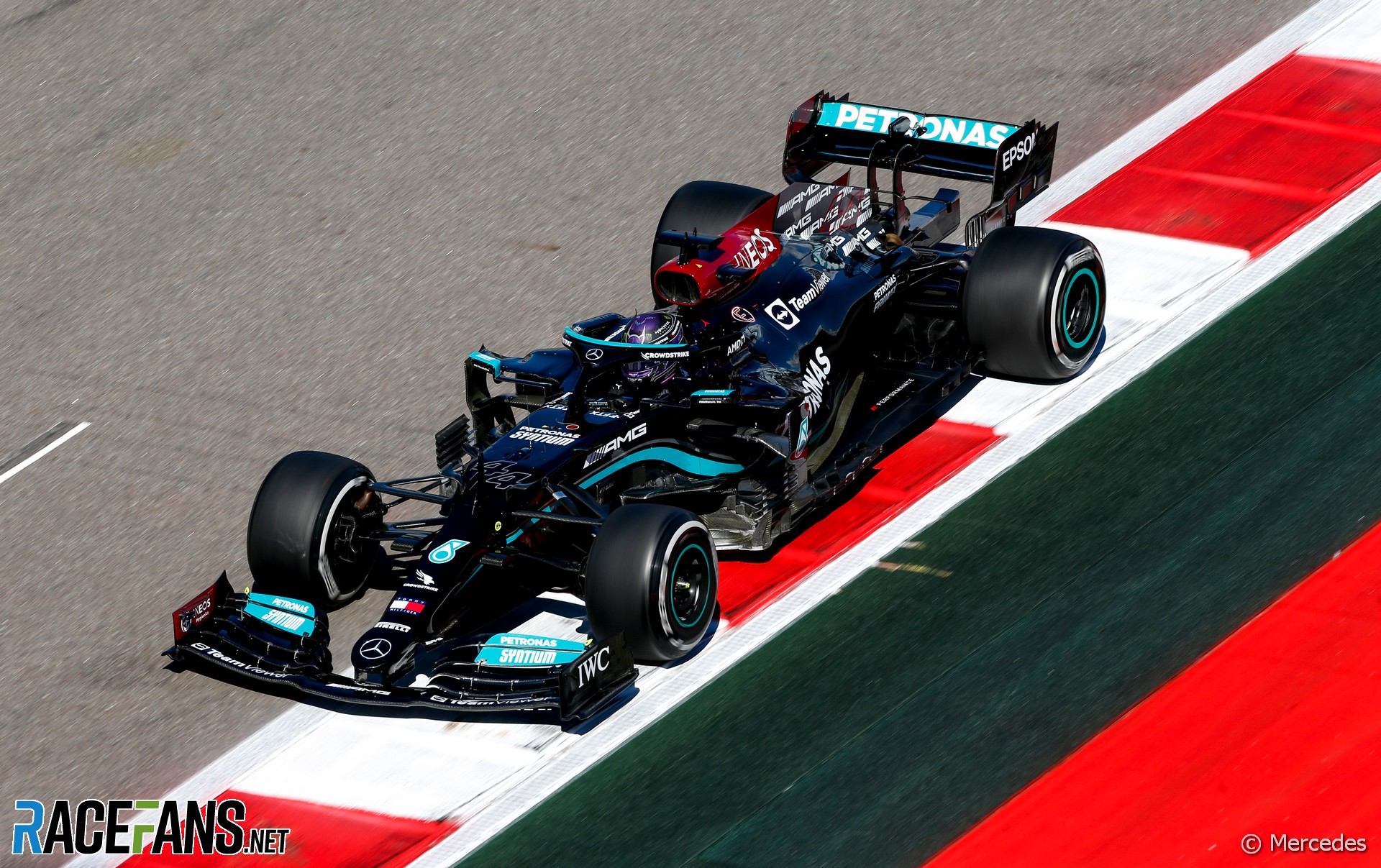 In the round-up: Lewis Hamilton says he would have no issue with Mercedes returning to a silver livery for the 2022 F1 season.

In an interview last year Mercedes team principal Toto Wolff appeared to suggest 2021 would be the final year for Mercedes’ black anti-racism livery which was introduced at the beginning of last season.

Hamilton, who instigated the change of livery in a discussion with Wolff last year, said he isn’t against the team switching back, as the team’s diversity programmes will continue.

“I don’t have a particular feeling towards it,” said Hamilton. “I’m obviously not involved in that particularly right now for next year and it is originally a ‘Silver Arrows’.

“I did expect, when I asked if we could make the car black last year in terms of the symbolism and what we intend to do moving forward in terms of support, I wasn’t expecting it to last particularly long and we carried it into a second season, which is awesome.

“If it goes back it would be a nice change and it doesn’t deter us from the changes that we are making internally as we continue to truly push for diversity, even working with all our partners.

“Just the other day with UBS we had these young kids come, trying to inspire the next generation of engineers of all different backgrounds. We’ve got a good programme going, so it doesn’t make a difference.”

Daniel Ricciardo was issued a reprimand by the stewards for blocking Lance Stroll during qualifying. The stewards’ verdict said that although Ricciardo clearly did impede Stroll, it was related to a mistake made by the McLaren team, who believed Stroll to be on a slow lap.

The decision said “The stewards compared this situation to every other impeding case for the past two and a half seasons. The stewards believed this bordered on ‘unnecessary impeding’ hence was a breach of the rules and therefore required a penalty, however, considering all the circumstances, it was felt a reprimand was the most appropriate and consistent penalty.”

McLaren and Ricciardo were warned that further sanctions would apply if the error was repeated.

Following the decision to restrict Formula 3’s final race weekend of the 2021 season to only one reverse-grid race and the qualifying-decided race on Sunday, two drivers have been mathematically eliminated from the hunt for second place and three from competing for third.

If 44 points had still been available, following yesterday’s first race of the weekend, Clement Novalak, Victor Martins and Frederik Vesti would have been able to overhaul Jack Doohan for second place in the standings. However, with a maximum of 27 points now available, only Novalak is within range of Doohan’s total.

Charles Leclerc participated in Q1 and Q2, despite knowing that he will start from the back of the grid due to power unit penalties, to gather wet running data for Ferrari.

“I actually wanted to do quite a bit of laps in those conditions,” said Leclerc. “I think it’s conditions where we’ve been struggling in the past. So even though it seems like it’s only five laps, it’s five laps where we can learn a lot and I think we did today.

“We were also very competitive in the last five laps. So we didn’t put the second set off of tyres in Q1, just to not take too much risk, but we’ve learnt a little bit, which was the goal with this lap. So now we’re focussed on the race tomorrow. It’s not going to be an easy one.

“Of course, because these are conditions that you don’t find very often in the season and even though we’ve had them a bit more often this season than than others.

“But I think it’s a good opportunity for us, every time you have those conditions to get out and do some mileage, considering that not so consistent in those conditions. So, yes, even though it was normally a useless session for us, I think we’ve learnt.”

Well, I for one am glad the conditions were suitable to run Qualifying in today. Stealing the trophy… #RussianGP pic.twitter.com/T0vrTX2Bek

UPDATE: Following his crash on the way to the grid in Sprint Race 1, Felipe Drugovich was taken to hospital for precautionary checks

Felipe has had a CT scan and X-Ray, and although he’s a bit sore, he’s fortunately been given the all-clear 💙#F2 #RussianGP pic.twitter.com/Mh4JPOizyT

"'I would really love to get a podium, but the guys around me are very strong as well,' Correa said. 'I’m approaching it as the final race of the season. I’m going to give it everything."

"'I think if the conditions are tricky again, I might make up even more positions,' Zendeli said. 'For sure I will try to keep it on the track first. I hope for some rain because it mixes up the field."

After Max Verstappen said that George Russell’s qualifying results show that the Williams car is not as bad as people often think it is, Ben Rowe assesses what that means for where the team really stands.

I think several things about Russell and Williams.

I think that if people rate him as a top driver, and Latifi as one of the worst, then that car has to be right up in the midfield now or Latifi simply wouldn’t be doing as well as he is. Latifi did indeed have one good lap early on in Q1, which was good enough to get through. And what is interesting is that Russell had his first attempt as well as two more, and he still couldn’t beat Latifi’s time despite the track improving considerably. It isn’t the only wet/damp race or qualifying where Latifi looked very good alongside Russell. I think the car is actually very solid in the wet and it certainly very capable of Q3. Russell’s performances are still outstanding, but I’m actually not as convinced that he will have beaten Latifi by much at all.

I get more annoyed with people effectively saying things like how amazing it is that such a time can be done “in a Williams”. Many keep making it seem like it is still the worst team on the grid. The team has made a huge step forward this season and I still keep seeing jokes about how slow the car is such as these silly YouTube videos that make the Williams look much slower than it is. It may not always be where it is in the wet, but it isn’t a back marker any more.
@Thegianthogweed