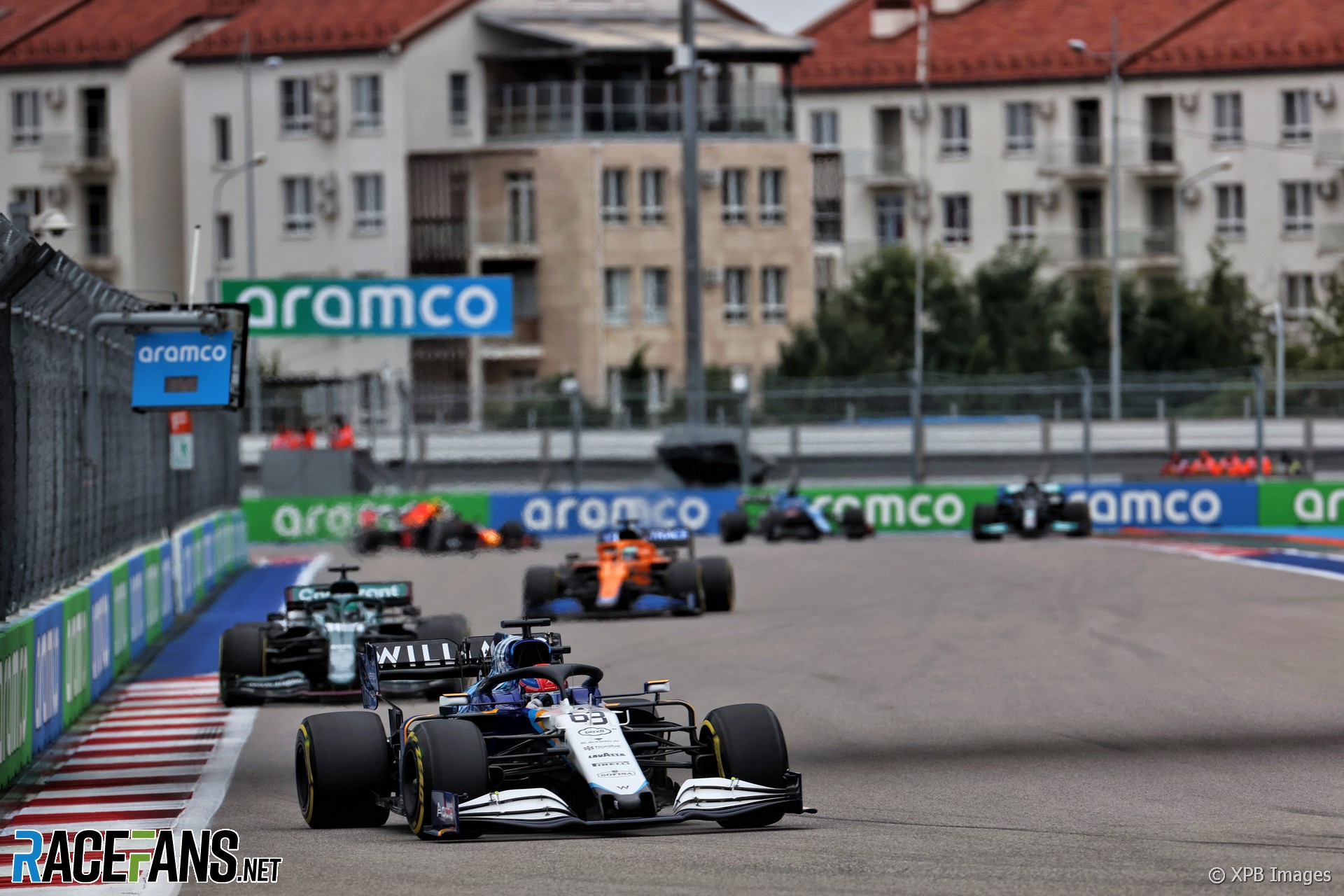 George Russell was satisfied with his race at Sochi Autodrom despite falling from third on the grid to finish tenth.

The Williams driver was pleased to have held faster cars behind earlier in the race and said his team did “a really good job”.

Having kept his third place at the start, Russell slipped down the order after his pit stop and struggled in the final, wet laps. However he believes they had little chance to beat many of the cars they started ahead of.

“We knew before the race it didn’t matter if we stopped late, stopped early, the cars were much faster and had so much advantage on us they’d always find a way past. But it was a really good stint.”

Williams had used more of their allocation of intermediate tyres during qualifying than other teams, meaning Russell was only able to use already-worn tyres in the race’s final stage.

“I really struggled on the inters at the end and I think – I don’t know about the others, but I think I was one of the few drivers on used inters because we used all of our tyres in qualifying, whereas obviously everyone was saving theirs for Q3, the final run of Q3, which ended up to be slicks.

“I think we lost out a lot compared to the guys on the new tyres, because from the greasy conditions, the tyres were already like almost going to a slick,” he explained. “So maybe P8 would have been the maximum. But regardless, I think P10, we have some more points, we could have dreamt for more but realistically that was very strong.”

During the first stint, Russell was able to hold faster cars behind because Williams had opted for a lower-downforce setup. “We were the fastest car on the straight and that was really beneficial. It was a shame I couldn’t have done much more into turn one.”

Russell tried to out-drag front-row starters Lando Norris and Carlos Sainz Jnr at the beginning of the race. “Carlos was quite aggressive and he had the slipstream from Lando. So I was fighting my own battle but we were in a strong position holding P3 and I was proud we achieved that.”

He said Williams believed the lower downforce setup was “the fastest way around in the dry.” However, conceded that, in hindsight “I think, looking back, we could’ve maybe been slightly more competitive with higher downforce.”