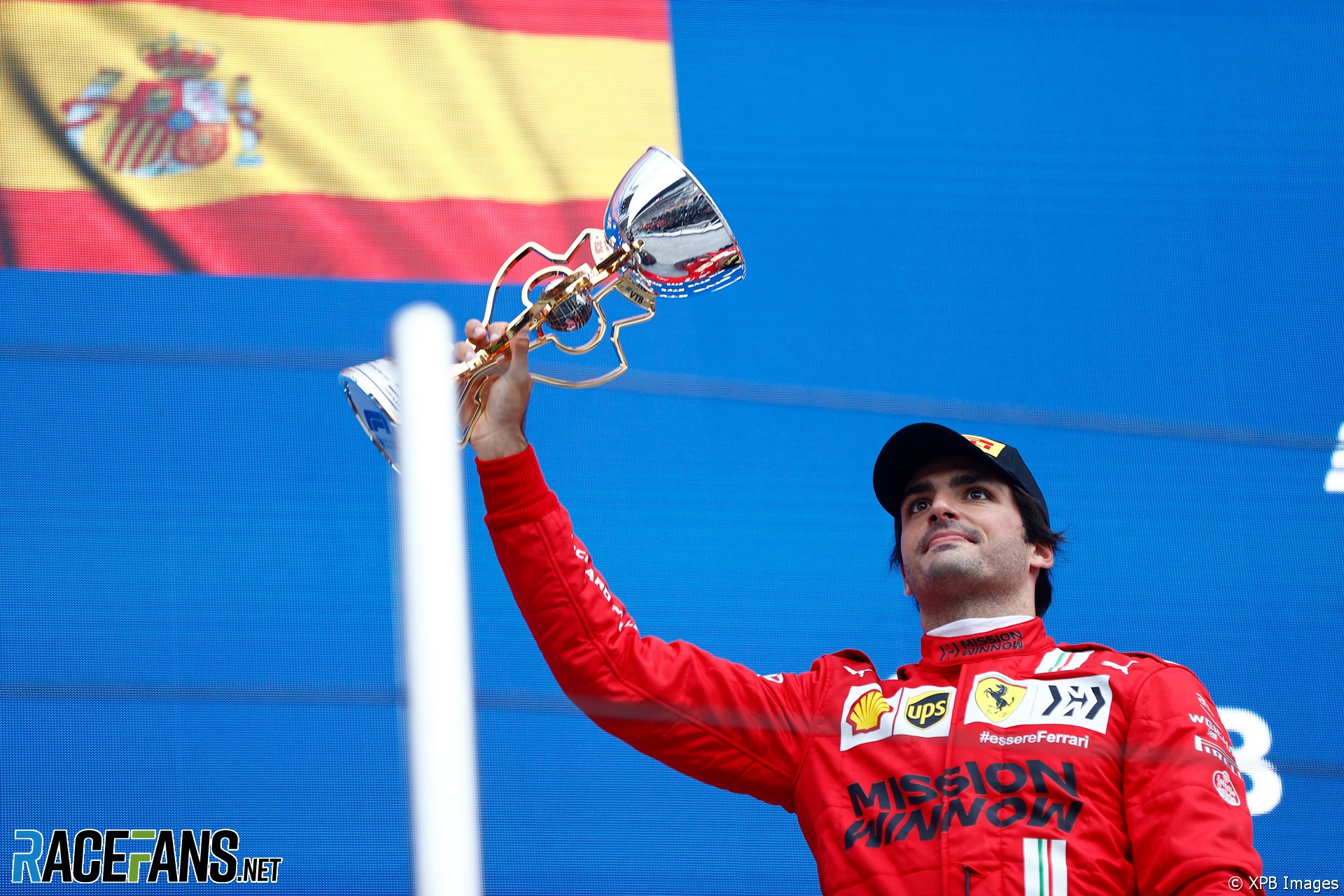 Carlos Sainz Jnr said his third podium finish as a Ferrari driver at Sochi was the product of his best weekend so far with the team.

He qualified on the front row of the grid and passed Lando Norris for the lead at the start. But the McLaren driver later found a way by him, and after Sainz pitted his team initially told him he was on course for fifth place at best.

“It came as a bit of a surprise, obviously, because after leading the race, you are at least confident that you are on the fight for the podium,” Sainz admitted.

“I didn’t exactly know where the others were at that point on track. I knew I had done the pit stop and I knew that I was not getting over-cut by anyone so the pace was decent. Maybe our simulations suggested that because everyone was going to the medium at the end, we were going to be an easy prey for them and we were most likely going to finish P5.

Sainz was running third when the rain began to fall at the end of the race, but regained the position after pitting for intermediate tyres.

“I increased the pace quite a bit, we managed to find a decent pace to be P3 and we were on course for P3 until the rain hit and then it was chaos and a mess,” he said. “In the end it was going to be a bit better than P5 and I’m glad that we managed to recover a bit from there.”

Sainz was satisfied with his performance after finishing behind championship contenders Lewis Hamilton and Max Verstappen.

“It is my best weekend with Ferrari, definitely,” he said. “I think I managed to put up a very strong weekend from practice especially into, obviously, Q3. And then a good start and good pace management in very tricky conditions.

However he admitted he wasn’t entirely happy to finish on the bottom step of the podium after leading the early stages.

“I don’t know if it was perfect, it’s a very strong word sometimes. There’s always things, when you look back, that you can improve, so perfect is not the right word. But my most complete weekend, let’s put it like that, yes it is.

“Obviously to finish P3 after leading a race, it doesn’t taste as good. What we need is to keep working as a team to make sure that the next time I am in the position of leading a race, we make it stick and we win the race and we don’t suffer as much as we suffered with graining, and we were also vulnerable on the straights and all that. Make sure we keep improving as a team to make it stick next time.”