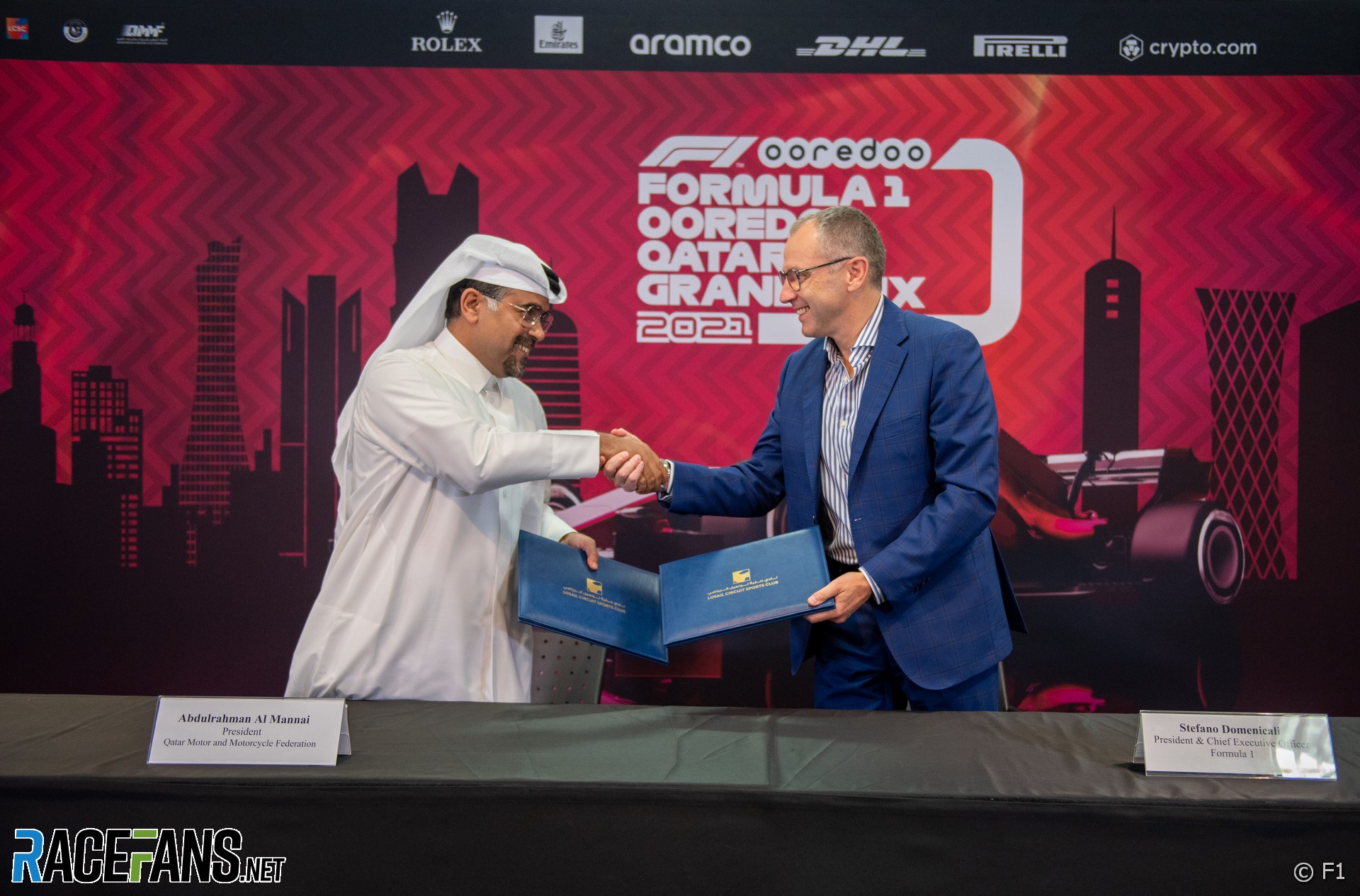 Formula 1 has confirmed it will hold it first race in Qatar as one of the concluding rounds of its 2021 season.

Losail International Circuit, north of Doha, Qatar, will host the world championship for the first time, as revealed by RaceFans in July.

The track has also signed a 10-year deal to hold the world championship, beginning in 2023.

The space for a grand prix on the 21st November had remained open since the Australian Grand Prix was cancelled for a second year running. The sport’s first visit to Qatar take place on November 21st, concluding a run of three consecutive events with Mexico and Brazil.

Losail is a regular feature on the Moto GP world championship calendar. It previously played host to the second round of the short-lived GP Masters series in 2006 and was visited by GP2 Asia in 2009. The World Touring Car Championship also raced at the venue for several years.

Qatar’s new race will not to appear on the 2022 F1 calendar, due to the country’s plans to hold the FIFA football World Cup.

Formula 1 president and CEO Stefano Domenicali expressed his gratitude to the venue for arranging the race, which will take place in less than two months’ time.

“The Qatar Motor and Motorcycle Federation and Authorities have been incredible and have moved at great speed to ensure the race can take place this season at the Losail Circuit, famous to many as the host of Moto GP,” said Domenicali.

“We have shown that we can continue to adapt and there is huge interest in our sport and the hope from many locations to have a grand prix. The huge effort from all the teams, F1 and the FIA has made it possible to deliver a 22-race calendar, something that is very impressive during a challenging year and something we can all be proud of.”