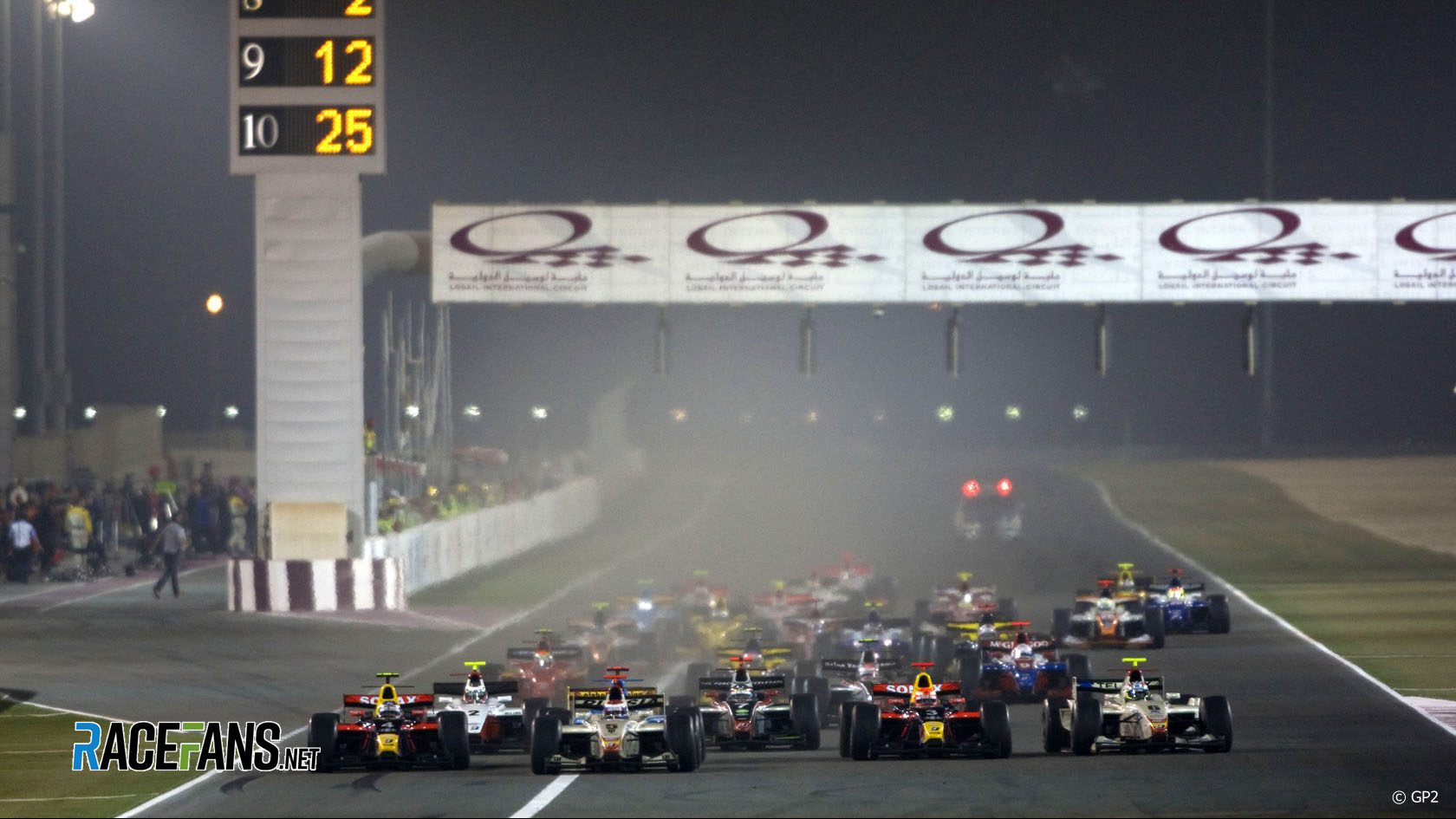 Formula 1 announced today it will race in Qatar for the first time this November.

While it won’t have a place on the 2022 F1 calendar, due to the FIFA football World Cup, it will return the year after to kick off a 10-year deal to race in the country.

To begin with the series will race at the Losail International Circuit. Built in 2004, the 5.4-kilometre course sits just outside the town of Lusail. However, by far the closest large settlement is Doha, the Qatari capital, to which Lusail is effectively joined in a continuous run of developments.

Set into the desert, Losail is just in land from the Persian Gulf. By the time F1 arrives, in November, temperatures should be relatively cool; around 26C as a high rather than the high thirties of the summer, although humidity should be kept fairly high by its proximity to the sea.

The circuit has a full lighting rig for night racing. Although temperatures should be cool enough for F1 to race in the day it is expected to make use the lighting this year. As is the case for other races in the region in Bahrain and Abu Dhabi, a later start time suits European television schedules better.

Losail is a motorbike track, regularly hosting Moto GP rounds and having opened. At its first event in 2004 Valentino Rossi was penalised when his team were caught cleaning his grid spot by using a scooter to lay down rubber on his grid spot, in the sandy conditions at the track (rival Max Biaggi received the same penalty for a similar infraction).

As to be expected, Losail is usually dusty and dry. In 2018 Moto GP tested the track with sprinklers, artificially creating a wet track – something Bernie Ecclestone once suggested could be done to enliven F1. Although the experiment wasn’t repeated under race conditions, riders did agree the track was usable in the wet, under floodlights.

Few major four-wheeled series have made a long-term home at the track. It held the final rounds of the World Touring Car Championship in the last three seasons before the championship ended in 2017. The tin-tops put on some exciting races, held under spotlights, featuring late-race battles around the right-hand sequence through turns 13, 14 and 15. Expect the F1 cars to impress through these quick turns.

Single-seater action has been even thinner on the ground. It held one of the three races in the short life of GP Masters, a championship for ex-Formula 1 drivers, won by Nigel Mansell.

A single round of the GP2 Asia championship was held at Losail in 2009. Sergio Perez finished second in the feature race and victory in the sprint event. However the only current F1 driver to have raced at the track is unlikely to gain a significant advantage from his experience.

The track record was set that weekend by another future F1 racer, Nico Hulkenberg, with a lap of 1’35.741 in the 600bhp junior series car. He reeled off an emphatic win in the main event ahead of Perez, Vitaly Petrov, Kamui Kobayashi and Jerome D’Ambrosio.

Losail has not been significantly altered since it was built. But while the layout has proved well-suited for bike racing, it may not be the case for F1’s considerably quicker cars.

RaceFans understands the track is not expected to remain as the long-term venue for F1 in Qatar unless its layout is revised. A likely alternative would be a street race in the nearby city of Doha.