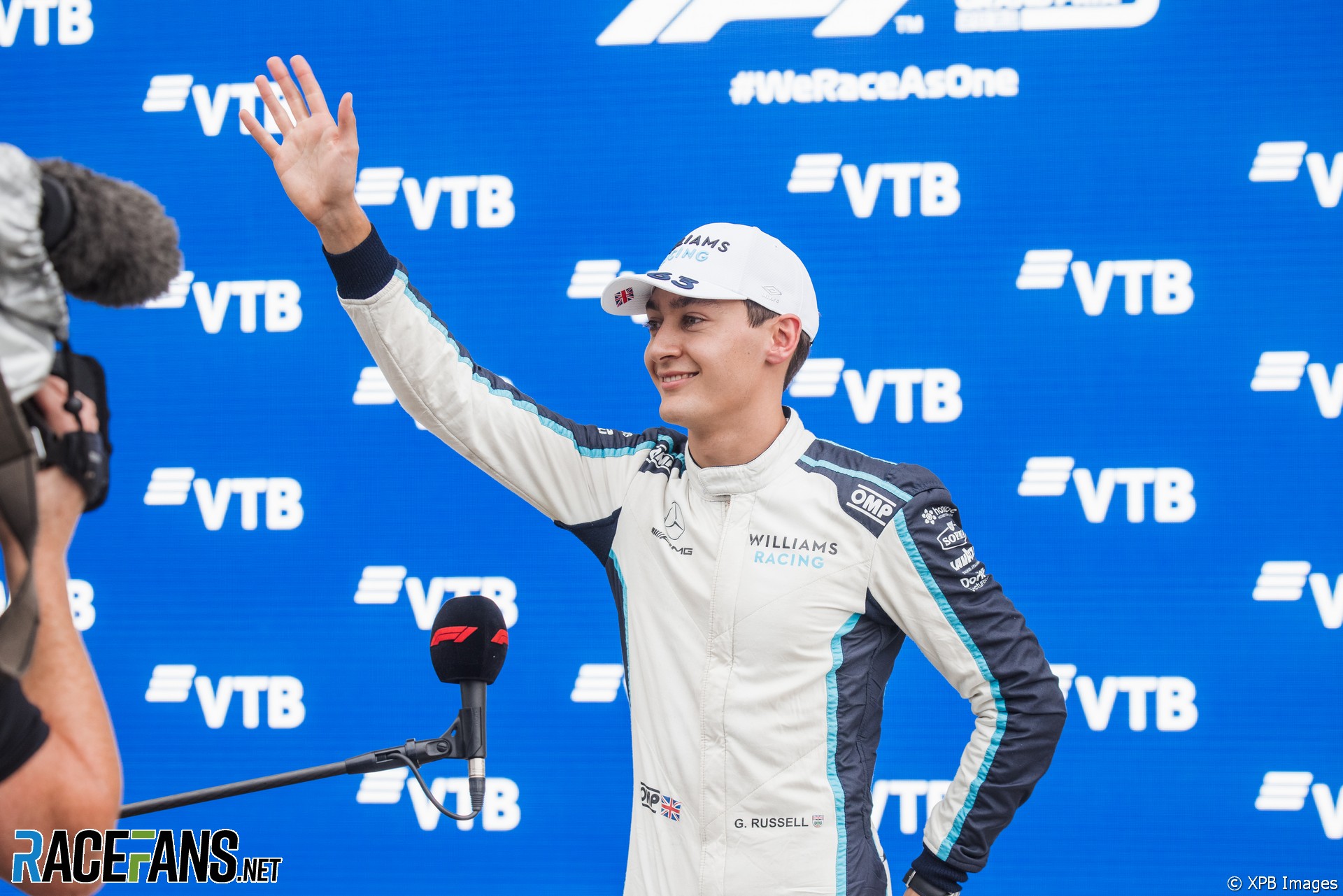 Williams’ increasingly regular points finishes show the team’s progress is genuine, according to its head of vehicle performance Dave Robson.

George Russell took advantage of rain-hit qualifying sessions at Spa and Sochi to qualify in the top three for both races. Speaking ahead of the Russian Grand Prix, where Russell scored the team’s sixth points finish from the last five races, Robson said there was clear “momentum” behind their performances.

“The car is is not too bad. Still at low fuel in the dry it’s not got the pace that we’d like but it’s okay, it’s something we can work with, which we haven’t always had in the last couple of years.

Although Russell made his fourth appearance in Q3 this year at Sochi, Robson said the team still aren’t taking top 10 starts for granted, which is why they were prepared to gamble on being the first to run slick tyres on a drying track.

“Once we get into Q3 in those circumstances, we don’t have a lot to lose. The teams that I expect to be in the top three, four or five, they have a lot to lose because if we got that wrong and the slick had been the wrong call, there isn’t time to put the inter back on and get a meaningful lap. So we’d have been tenth. It’s much more difficult for the top teams to take that chance.

“So, a bit like Spa, we were happy to try it. We we’re already quite happy having got 10th at worst. So it gives us the freedom to make those decisions.”

“The other thing that underlines the whole operation recently is just a good group of people doing doing a good job and being put into a position where we can do a good job,” Robson added.

However Williams can expect to face more pressure to deliver results if it produces a more competitive car when new technical regulations come into force next year, said Robson.

“We did put a lot of effort in the last couple of years to keep the standards up,” he said. “I’m still conscious of the fact that the quicker the car gets – and hopefully we’ll see a big step next year in the relative pace of the car – the pressure will still ramp up a lot.

“We’re still in a position at the moment where we’ve got a lot to win and not a huge amount to lose which does take a little bit of the pressure off. It’ll be a different a different ball game for a lot of people in the race team who don’t have huge amounts of experience of operating a quick car. It will be a different kind of pressure.

“But far better we go into it not making too many mistakes and try and build on that as opposed to going into having not got that momentum. So I think we’re in a good position.”