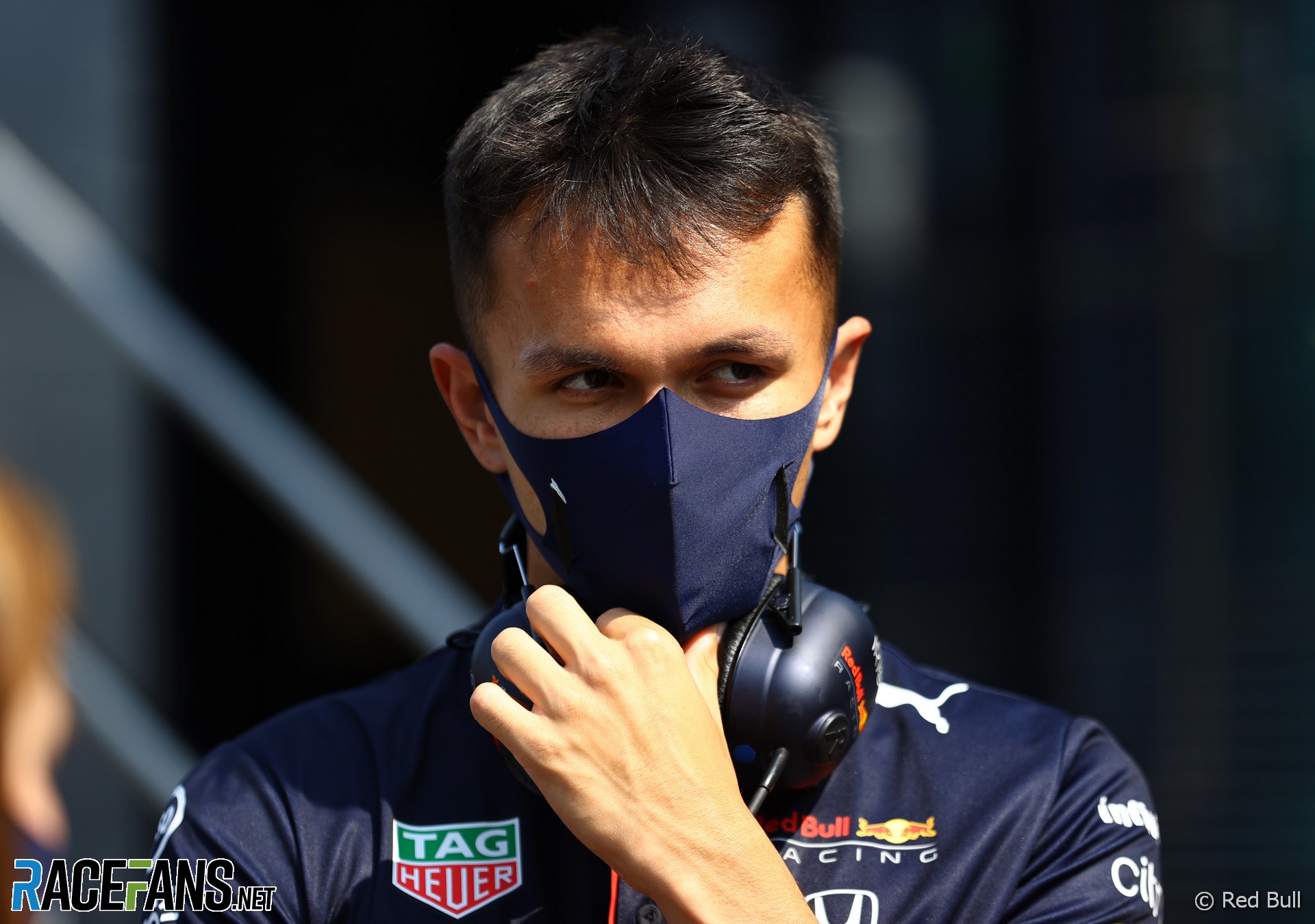 Williams intend to open discussions with Red Bull over whether Alexander Albon can begin work for them immediately after the final race of the current season.

Albon, Red Bull’s reserve driver, is due to join Williams’ race team next year in place of George Russell, who is heading to Mercedes. Williams CEO Jost Capito is hopeful his new driver can arrive as soon as the chequered flag drops on the season-closing Abu Dhabi Grand Prix on December 12th.

“The contract, of course, starts in January,” Capito explained. “But I think we will talk to Red Bull and say what can we [do], does he stop working for you after the last race?

“Because he does a lot of sim race preparation. They [stop] after the last race and then can [he] get involved with us?”

Albon will not have any formal ties to the Red Bull team once he joins Williams, Capito confirmed. “We always say that he is a full Williams driver with no contract with Red Bull,” he said.

However Albon will continue to carry Red Bull branding on his crash helmet. “What he has is Red Bull Thailand, this is his personal sponsor involved through his career,” said Capito. “He has the right to have personal sponsors so he will keep Red Bull as a personal sponsor. But it’s not a Red Bull-Williams connection.”

Because of Albon’s ties to Red Bull, Williams’ involvement with him has been minimal since he signed for the team last month, head of performance engineering Dave Robson explained.

“We’ve had some time with him but he remains their driver for the end of this season,” he said. “So there’s very little we can talk to him about at the moment.

“We’ve had a few introductions but not much beyond that. So most of that is going to wait until until the end of the season when he’s no longer on Red Bull duty.”