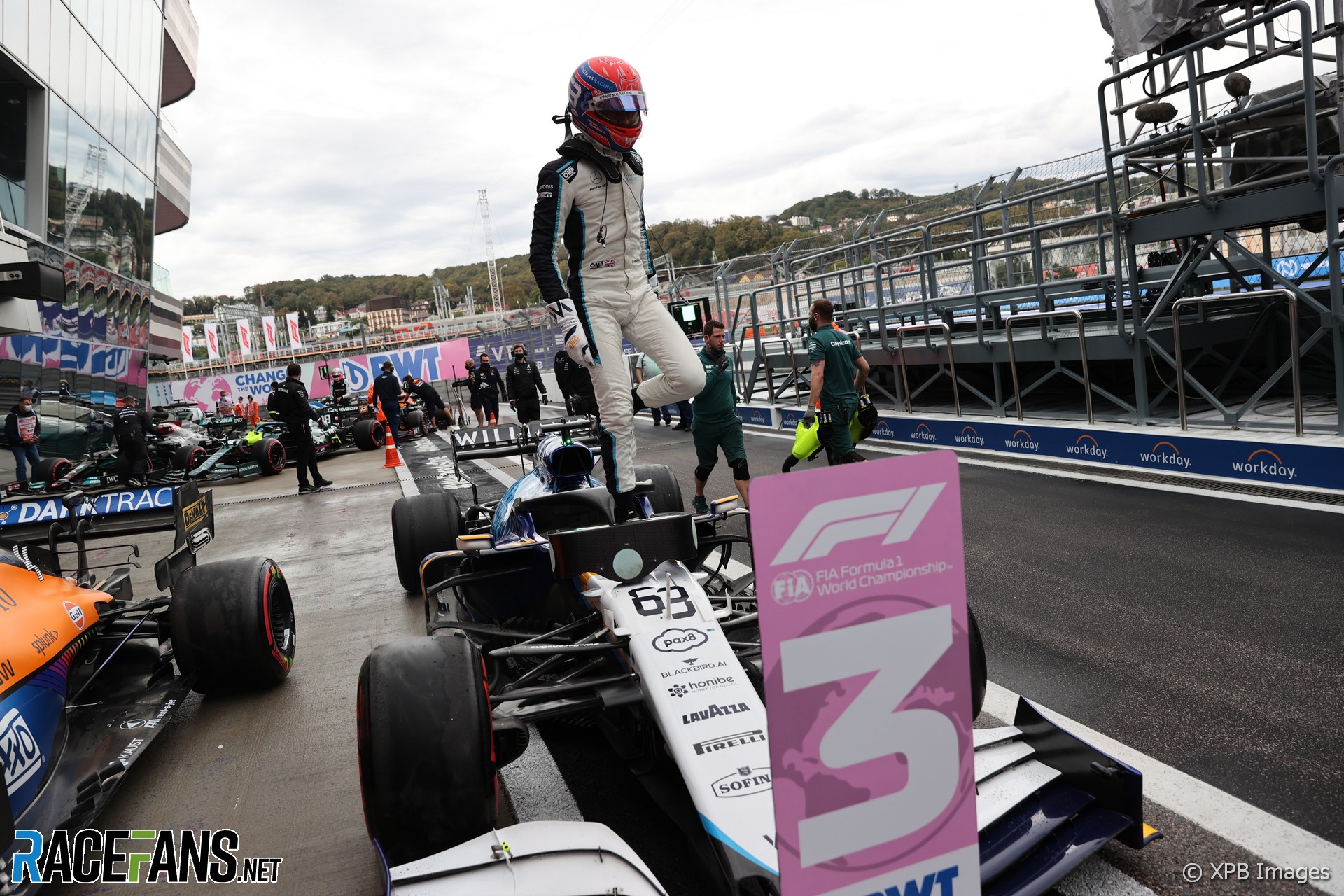 George Russell says there’s “no way” he would have predicted Williams’ recent points-scoring run after the team’s disappointing start to the season in Bahrain.

He came home 15th in the opening race of the season as the team’s point-less stretch, which began in mid-2019, continued.

But after going more than two years without finishing in the top 10, Williams secured a double points finish at the Hungarian Grand Prix. Russell went on to take a podium finish at Spa, albeit under highly unusual circumstances, and added further points scores with ninth and tenth at the Italian and Russian rounds.

His haul of 16 points over the last five races matches that of Red Bull driver Sergio Perez, who lies fifth in the championship. Russell admitted he would not have predicted this result six months ago.

“You always hope and you always think [the car] will be an improvement on the previous one,” he said. “But certainly after the Bahrain test and the Bahrain race, there’s no way I thought those stats would have been possible.

“There’s a lot to thank the team, for making a lot of good decisions at the right moments.”

Williams’ success had come down to taking opportunities where possible, Russell believes. “If we think back to these races, Spa was obviously wet, last week was very tricky conditions in both qualifying and race, Budapest we also started the race on the inters. It was only really in Monza where the conditions were pretty stable. But even then, we had the sprint race format so things were different again.

“So I think we’ve just done an amazing job these past five races, been in the right place at the right time to capitalise on these moments, and I think we’ve improved the car as well along this way.”

Although their current car is only a mild revision of last year’s FW43, which failed to score a point all season, Russell says the team have “understood it more” as the season has gone on.

“We’ve tried some things and things have turned out better than perhaps we would have expected and I think we’ve found a bit of performance there.”

He believes the team could have taken more than a single point in Russia, where he qualified third. “There was maybe a little shame not to score some more points in Sochi, given the circumstances at the end of the race. We had a really difficult final stint. But’s definitely been a good five races or so.”