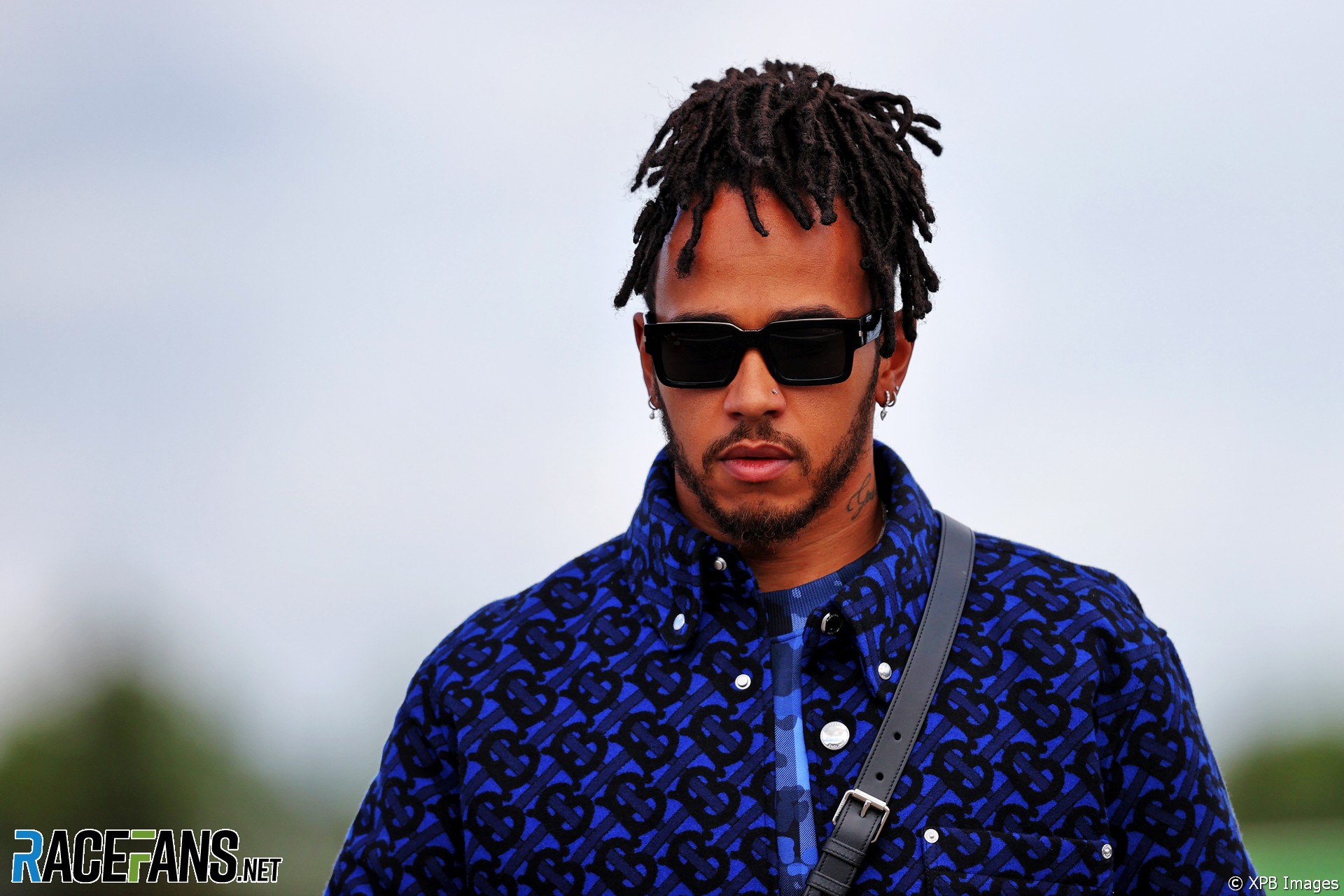 Lewis Hamilton says his interests outside of Formula 1 help him stay at his best by giving him an opportunity to “blow off steam” between races.

The Mercedes driver’s packed professional and social calendar away from the track has been curbed by the pandemic, but he has begun attending events again recently, notably the MET Gala in New York which followed the Italian Grand Prix. Throwing himself into other projects such as fashion and music make it “relatively easy” to deal with the pressures of the championship fight, he said today.

“I have these other outlets so I’m able to blow off steam in lots of different ways,” said Hamilton. “The most important thing is always to be able to come back into the racing environment fresh, recovered, positive and not really have many worries.

“I’m able to arrive and just love doing my job. We just take one week at a time or one race at a time, just always trying to elevate.

“I’ve spent plenty of time speaking to the team about how we can advance and improve. But I’ve been doing this a long time so I’ve found ways, personally, and what works for me won’t work for everyone. I found the way that I know how I tick, what gets me on course and what can put me off course, and so I stick to them.”

With seven races to go, Hamilton has a two-point lead over Max Verstappen at the top of the standings. Having contested many championship fights in the past, Hamilton says he has to accept the pressure of the title battle will always be there.

“It’s not a case [of] ignoring it because it is there, but it’s understanding that what will be, will be. All you can do is prepare the best way you can, all you can do is give it 100 percent and what’s coming up is coming up.

“So I just don’t worry about those things. I’ve been very, very fortunate in the past, I’ve had lots of ups and downs, but had an amazing time, a lot of growth. And so I just don’t worry about ‘what if that’s up ahead?’ I just try and prepare for now. That means making sure I’ve done the work with the guys back at the factory, with Bono [race engineer Peter Bonnington] and the team.”

Enjoying the competition is also important, said Hamilton. “You’ve just got to enjoy it. What an amazing season it has been so far, it’s been super-exciting for fans, massively engaging with Netflix around the world, new people coming in. We finally see two teams neck and neck, which is amazing.

“Of course we want to win but you’ve got to learn to let that not overtake everything in your life.”