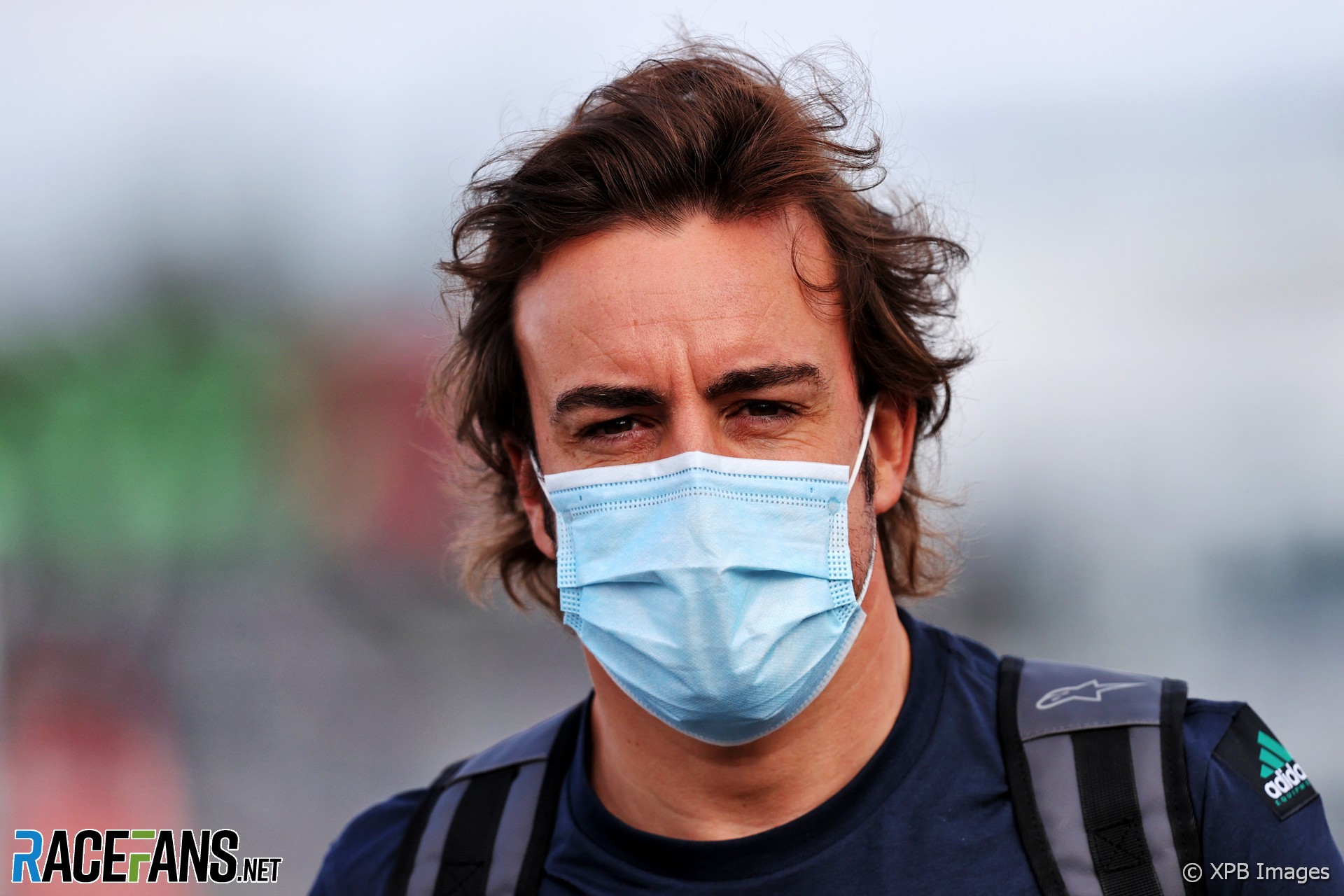 Fernando Alonso says the scrutiny of his manoeuvre at the start of the last round in Russia shows similar incidents are treated differently in Formula 1.

The two-times world champion suggested the identity of the driver involved or even their nationality influences how incidents are perceived.

Alonso gained positions by cutting across the run-off area at turn two during the start of the race. The move was not investigated by the stewards.

The Alpine driver had also driven through the run-off area before the race began. Asked during today’s FIA press conference by the moderator why he had done so, Alonso said: “Just to see the questions here in Istanbul.”

“Just to confirm when I do things they have a different behaviour and a different repercussion on the following event,” he added. “So now maybe they changed the run-off area in lap one, in the first couple of corners.”

Alonso has previously complained other drivers were not penalised for gaining an advantage by running wide during the first lap of races, even after he drew attention to the incidents.

“I’ve been the idiot on track for most of the championship while I’ve been overtaken from the outside of the asphalt for many people in the first couple of races,” he said. “Remember Austria one, Austria two and nothing happened and there were no questions on the following race. And now, after Sochi, there is a question. So it’s a confirmation.”

Asked whether he feels he is under greater scrutiny than other drivers Alonso said the reaction to his Sochi tactics was “a confirmation of many things.”

“Let’s see the next one that crosses the white line on the pit entry. Let’s see which nationality he is and which penalty he will get.”