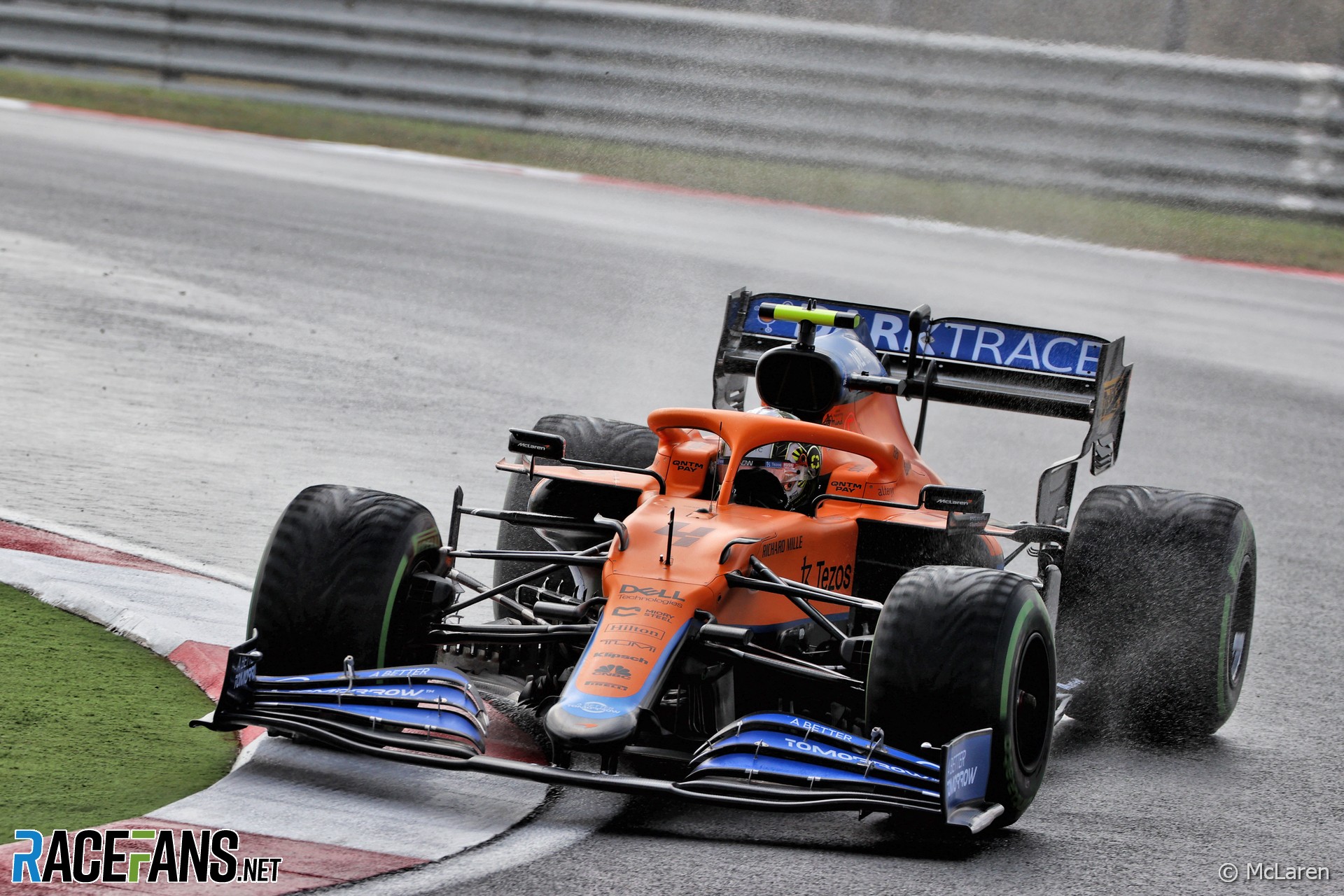 Norris said the team’s car was less well suited to the longer corners at the Turkish track, as was the case at Zandvoort.

“I think it’s just the nature of the track, the type of corners you have, more in line with as it was in Zandvoort, with longer apex corners, which we struggle in,” explained Norris.

“I think it was kind of expected and not a surprise for us to struggle a little bit more. But of course when you struggle, you never want to believe it until you see it, in a way. So yeah, it’s not a surprise.”

His team mate Daniel Ricciardo had an even more disappointing session after being knocked out in Q1.

“The track definitely has a more front-limited nature,” he said. “There’s a lot of long corners, very stressful on the front tyres, through turn eight. So that’s potentially not where we’re the strongest, either.”

Ricciardo said his early exit from qualifying was simply down to a lack of pace. “I think there was still some damp spots, and I think it’s obviously getting better and better. But in saying that, in a perfect world, you want to be the last car. But that’s not always possible.

“All that being said, [I] simply wasn’t really quick enough on the soft tyre.”

The difficulty of extracting performance from the soft tyre came to light yesterday, said Ricciardo. “I struggled a bit on it yesterday. It’s not crazy, but there was still some work to do on it.

“Obviously we had two sets in Q1, but still didn’t really feel like I was able to get my teeth stuck into it. So I’d put that more over a bit of timing or whatever.

“There was yellow flags in turn one and you kind of get out of sync and you miss a lap and this and that but a lot of that was out of our control as well.”

One comment on “McLaren struggle at Istanbul “not a surprise” – Norris”