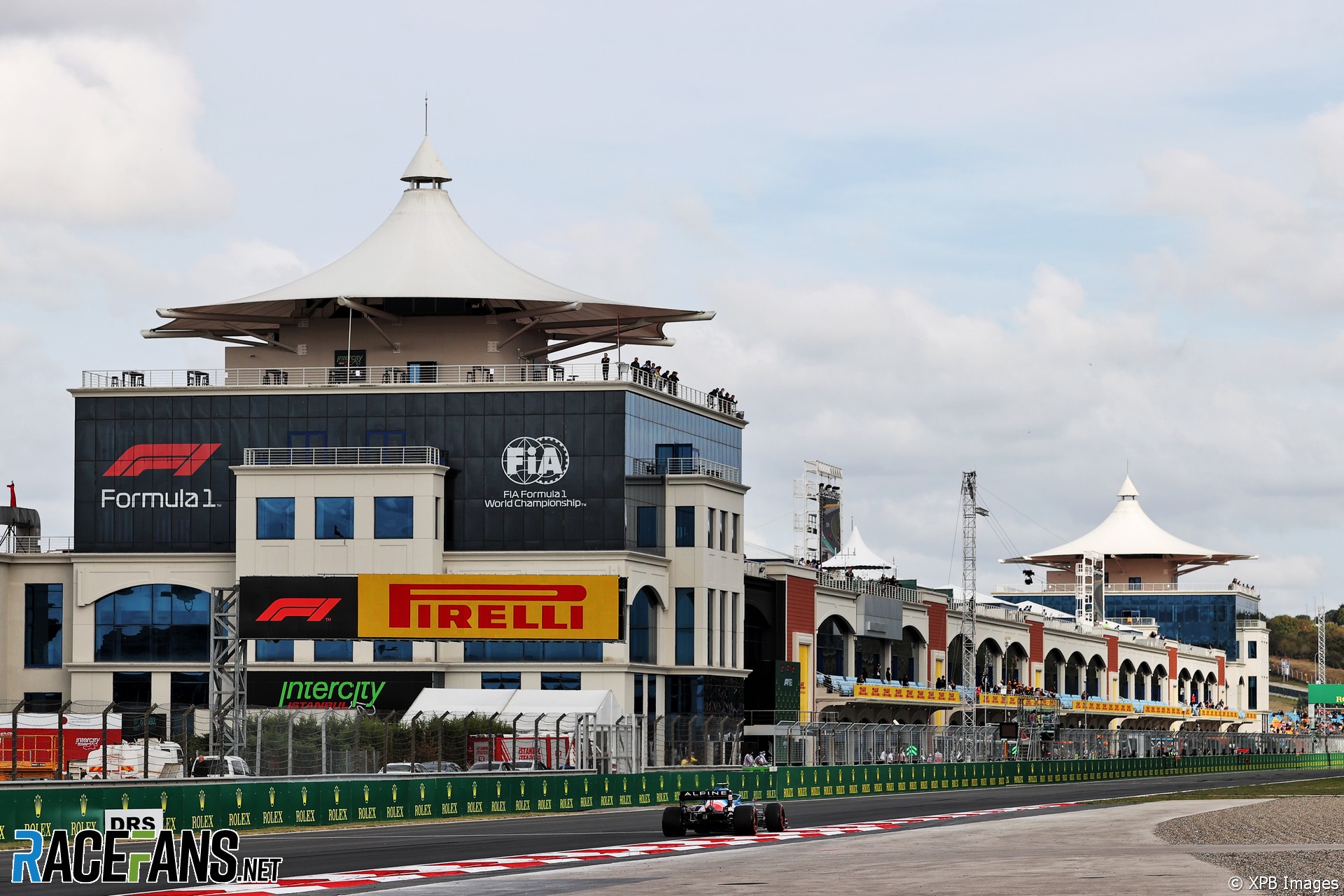 The massive improvement in grip levels at Istanbul Park since last year means teams are getting reacquainted with the unique set-up challenge it poses. Dieter Rencken reports from the paddock.

I hadn’t visited Turkey, apart from transits, since the last scheduled grand prix in 2011 – having skipped last year’s stand-in edition due to quarantine issues – and am thoroughly looking forward to the weekend.

The trip makes clear that Turkey’s laid-back approach to punctuality hasn’t changed in 10 years: the flight is delayed an hour for no apparent reason, rental car formalities take forever – with the bill not reflecting my upfront payment – and hotel check-in proves convoluted. Still, everyone is friendly, and the car rental clerk swells with pride as he tells me he has bought three-day tickets to the race. All in, it’s great to be back.

My hotel is situated 20 minutes from the circuit, so arrive at 10:00, check in at media centre then take the obligatory on-site Covid test. I’m told certificates are issued only upon request, so it’s a matter of ‘no news is good news’. I’m impressed with the overall level of Covid measures whether at the airport, hotel or circuit.

Next, it’s time to walk the paddock, which is as wide and spacious as I recall. Fans may not as a rule enjoy ‘Tilke tracks’ but they do offer superb facilities, while in this instance I do not know of a driver (or Moto GP rider) who has not raved about turn eight. Indeed, to many it is up there with Spa’s Eau Rouge/Raidillon complex, or Pouhon in the nip-and-tuck stakes. 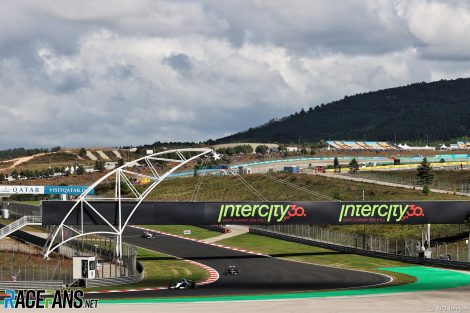 This provides an ideal conversation starter when I bump into a senior race engineer. He reckons that Istanbul is as big a challenge as Spa when it comes to set-up on account of the number of compromises required. “The straights aren’t really straights but you can’t ignore them,” he explains. “The fast bits aren’t really fast, but you can’t ignore them. And then you have turn eight which is completely different to the rest, but is crucial to lap time.”

He also believes the major technical change coming for 2022 could pose a major challenge, “If a team gets it wrong next year the regulations are [so] restrictive that they may not be able to recover for a year, particularly as budget caps mean they can’t spend their way out.” He provided numerous past examples such as the infamous double diffusers and Coanda exhausts, which teams developed throughout the seasons they were introduced. Maybe that’s not such a bad thing?

On my return to the media centre I take the opportunity of collecting a gift from Mercedes – it had floated about between the UK and Belgium since the start of the season due to the vagaries of Brexit and customs formalities. The team offered for a team member to take it to a circuit and hand it to me, so I now have a mini Lewis Hamilton helmet and signed Valtteri Bottas cap to add to my collection. Thanks Mercedes media team!

After lunch – tasty Turkish delicacies – the media sessions start and I’m intrigued at how relaxed both title protagonists are, with Hamilton easily batting away questions about his gender-neutral appearance earlier in the day and Max Verstappen stating, “Not winning the title won’t change my life.” From the fiercely competitive 24-year-old that says a lot, particularly given the earnestness with which he says it.

I ask Sebastian Vettel, one of several drivers on the grid who has spoken out on the need to tackle climate change, whether he is concerned about his home country’s plans to impose rigid speed limits on its currently unrestricted autobahn stretches. The four-times world champion is, after all, an owner of multiple supercars. 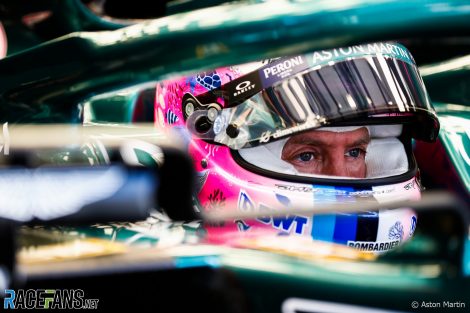 Vettel talks lucidly about resultant safety and emissions savings. I can’t fault his logic although I enjoyed travelling to the airport on Wednesday at legal speed of up to 250kph.

As I pack up my phone pings with news alerts – his comments have been widely picked up by German news outlets, and, who knows, his support may tip the balance. If restrictions are introduced, they may even call them after the four-time world driving champion. ‘Seb’s Law’, anyone?

Upon arrival at the circuit I work on our story that Andretti is moving to buy Sauber’s F1 operation, which currently runs Alfa Romeo’s team, having received further information. Will it happen? My sources are adamant that talks are well advanced and 80% certain a deal will happen.

But the crucial aspect is that another team could fly the US flag. It’s just a pity Michael Andretti is looking at buying an existing team rather than bolstering the grid by joining as newcomer – for which we can blame the idiotic $200m ‘anti-dilution’ fee which was recently introduced.

During McLaren’s Friday morning session, I pick up on the 2022 cars with their technical director James Key. He agrees that budget caps could slow development depending “upon the shape of your budget, how much you have for development”, but believes that 2022’s more restrictive regulations mean there is less chance of teams heading down blind alleys they would then need to engineer their way out of.

Key can take some of the credit for the resurgence of a team he long harboured ambitions of working for before his arrival in the sport, which included spells at teams now known as Aston Martin, AlphaTauri and Alfa Romeo. “I got into F1 at the age of 10, and always wanted to work for McLaren, even through university,” he tells us. William Wordsworth wrote in My Heart Leaps Up, “The child is the father of the man”, and those words surely apply to James – and no doubt many others in F1. 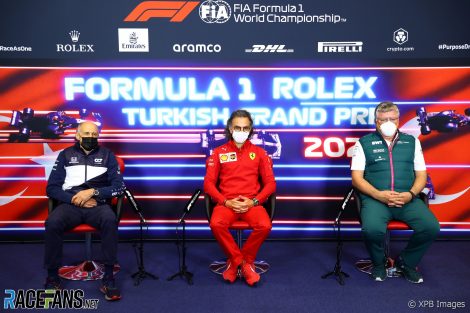 After a routine opening hour of practice it’s time for the Friday FIA press conference. Following F1 CEO Stefano Domenicali’s recent indication the format will be much more widely used next year, I prompt the representatives for their views. They push the wait-and-see line rather than labelling it a ‘success’.

They also take questions on the number of ‘triple headers’ on the 2022 F1 calendar, official details of which are expected next week. There could be as many as three trios of consecutive races depending on whether Imola, Paul Ricard or Singapore make the cut. As always, AlphaTauri’s Franz Tost offers forthright views when asked whether the growing calendar will take too much of a toll on staff.

After second practice, as the day draws to a close I take a wander through the now dark paddock. As I pass the illuminated team hospitality units I’m struck by the number of folk, not always from the same ‘bubble’, chatting and interacting, at times physically, without masks. Yet we are banned from entering even with masks.

Surely it is time for F1 to recalibrate its approach? Particularly as I hear F1’s vaccination rate is over 80%.

I leave the paddock at 9pm and the rain starts on cue. It is expected to continue into Saturday, though the indications are the Istanbul Park owners have made great strides in improving grip levels since last year.