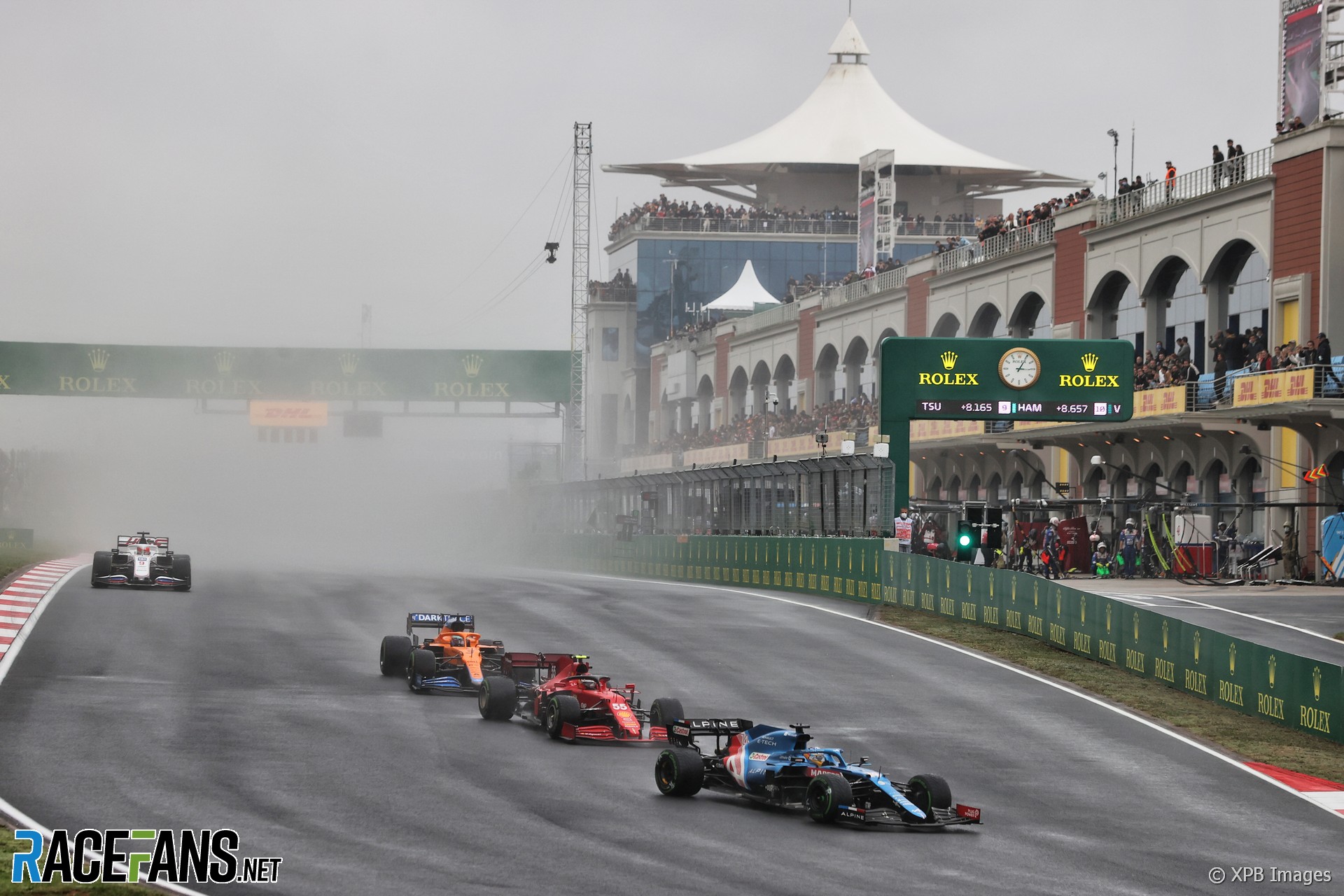 Fernando Alonso has been given two penalty points on his licence for colliding with Mick Schumacher during the Turkish Grand Prix.

The Alpine driver, who started fifth, was knocked into a spin at the start and fell to 16th place. He was trying to pass Schumacher for 15th place when the pair made contact.

Alonso closed on his rival around the outside of the left-hander turn three and tried to pass on the inside of turn four. But as they turned in the pair made contact, Alonso’s front-left wheel hitting Schumacher’s right-rear.

Schumacher was knocked into a spin and fell to 19th place, while Alonso continued. However the stewards soon announced a five-second time penalty for the Alpine driver, which he served during the race.

The stewards ruled Alonso was never in position to successfully make a move on Schumacher.

“Alonso tried to make a move on Schumacher at the inside at the approach to turn four, but never got in a position to complete the move and made contact with the inside rear wheel of Schumacher’s car, causing the latter to spin,” they noted. “The stewards determine that Alonso is predominantly to blame.”

Alonso’s penalty points are the first he has received since returning to F1 this year.