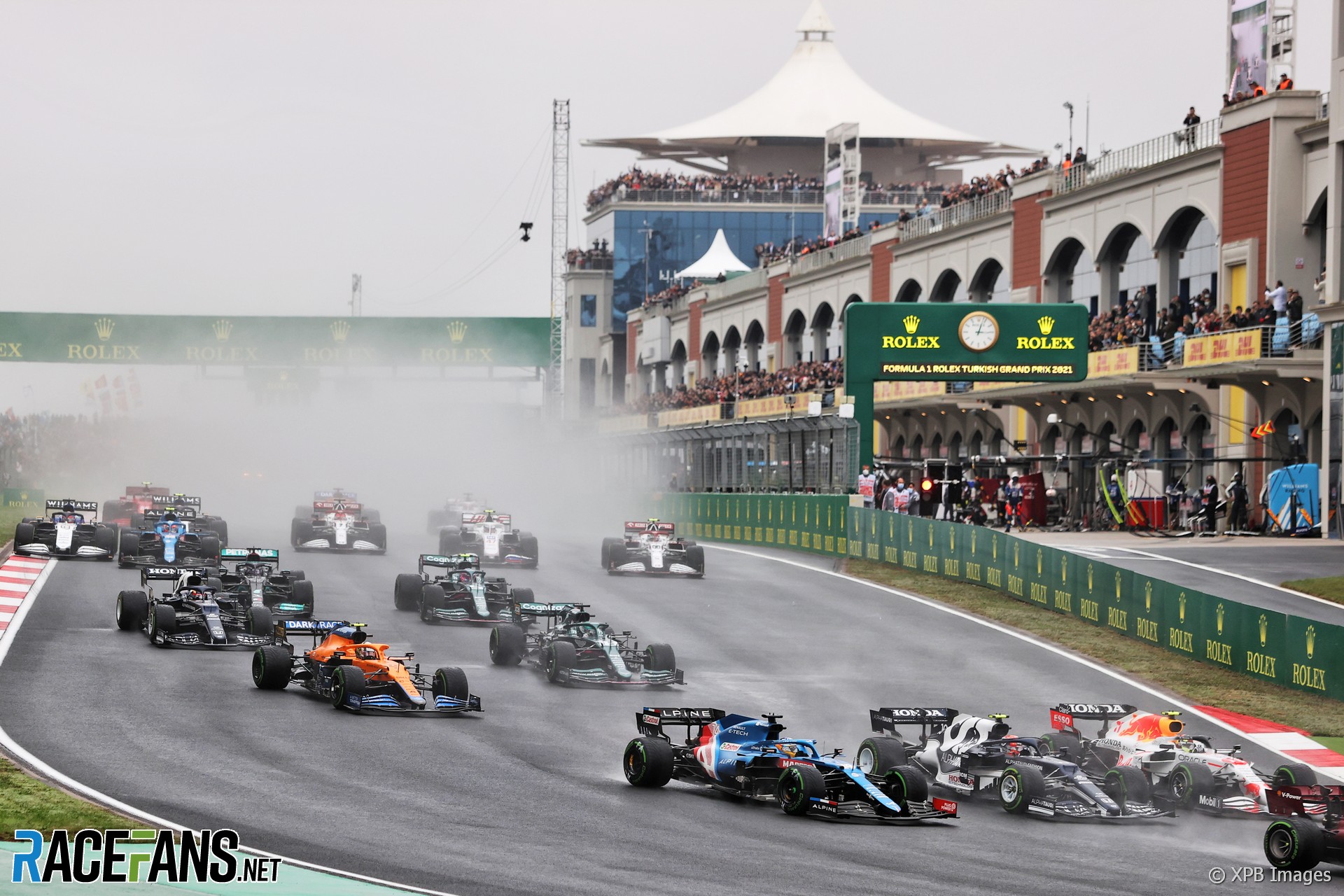 Pierre Gasly says he had little opportunity to avoid the contact with Fernando Alonso which led to his penalty in the Turkish Grand Prix.

The AlphaTauri driver collided with Alonso on the exit of turn one, his AlphaTauri squeezed between the Alpine and Sergio Perez’s Red Bull.

“There was a contact,” Gasly said. “I haven’t really seen the footage. Obviously, for me it was tight with Sergio inside me and then Fernando was also on the outside. So obviously there wasn’t much space.”

Gasly did not criticise the stewards’ decision to give him a five-second penalty and two penalty points on his licence for the incident.

“There was contact and yeah, I did the penalty. I don’t know whether it was the right thing or not, I need to have a look at the footage first.”

He said he was aware of Alonso before they touched but was trying to avoid the car on his inside at the same time. “I also saw Sergio was there and tried to go where I could. We know it’s always usually not a good mix when we have that many cars.”

He called the stewards’ decision to award him a five-second time penalty and two penalty points “tricky.”

“I don’t have any other similar situation that comes in my mind,” he added, “but that’s just the way it is.”

“To be fair for me, I don’t really know where else I could have gone,” Gasly continued. “But it’s a tricky one. It’s turn one and obviously, it’s a high chance that something happens.

“I don’t want to be involved in any sort of crash that would ruin my race. So I just tried to stick with in between these two cars. But yeah, I didn’t have much space.”