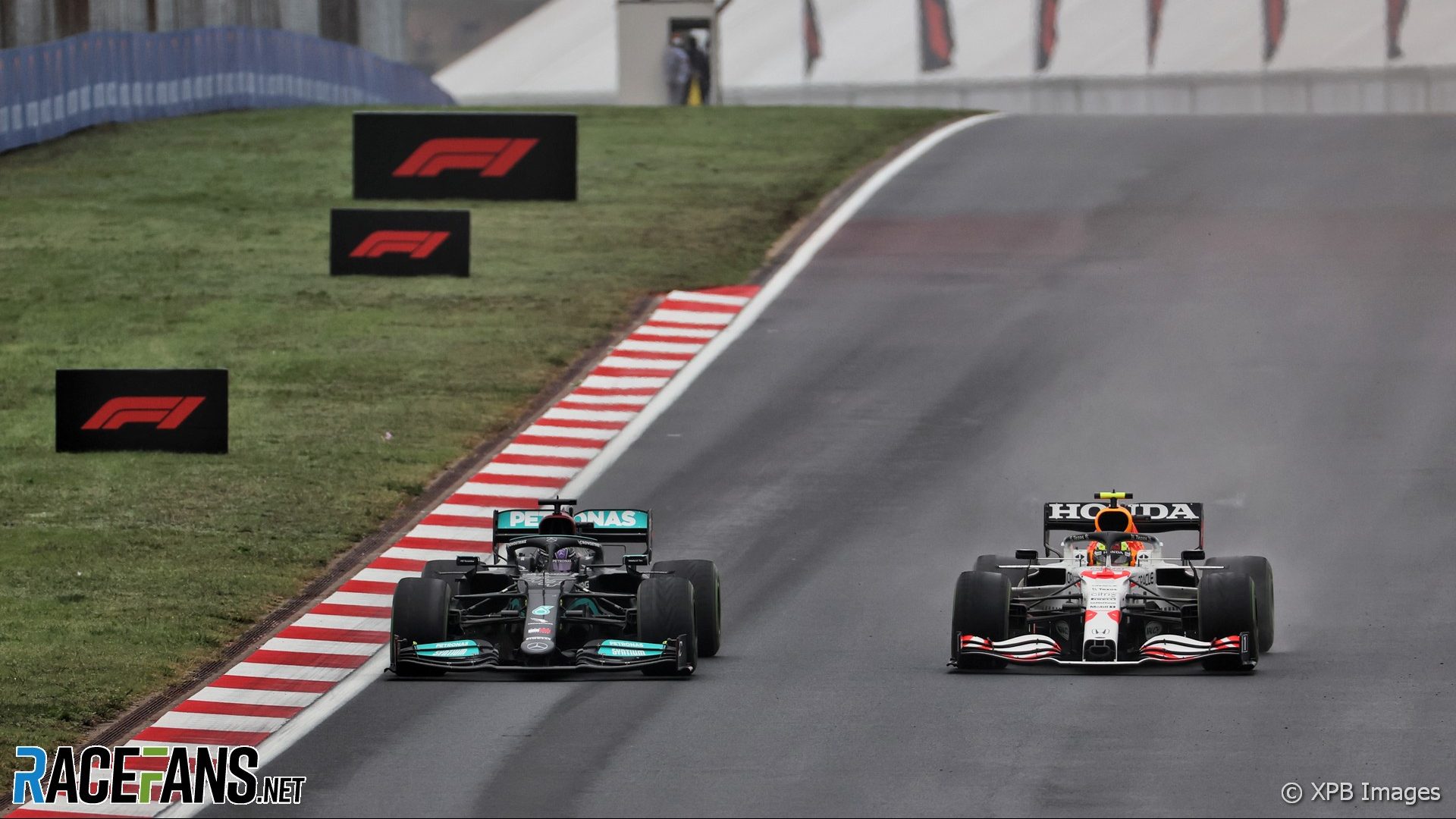 Red Bull believe Mercedes have suddenly made significant gains with the straight-line speed of their W12.

The W12s had an advantage of as much as 20kph at times during the Turkish Grand Prix weekend, according to Red Bull team principal Christian Horner.

“Their straight line speed has taken a significant step recently,” said Horner. “Whereas we could match them with smaller wings previously, now we can’t get near.”

Mercedes’ advantage was noticeable at Istanbul, said Horner, where Lewis Hamilton was able to mount an attack on Sergio Perez without the benefit of DRS.

“Lewis in particular had a significant straight-line advantage with a bigger rear wing on the car,” said Horner.

“We’ve got to maximise our package as best we can and as I say it’s surprising that they appeared to have made the step that they have with the power unit.”

Mercedes fitted a new engine to Hamilton’s car this weekend, as they did for Valtteri Bottas at the previous round. However these are believed to have been instigated for reliability reasons, and teams are not allowed to upgrade parts which have already been changed this year.

Horner said it isn’t clear whether Mercedes’ performance gains are linked to their fresh components.

“You can see across all of their teams, they’ve obviously got some reliability issues that they’re managing, which is unusual for Mercedes,” he said. “But the performance is still incredibly impressive. Whether one comes at the expense of the other, I don’t know.

“But certainly today it’s been highlighted I think if you look at some of the speed deltas on the back straight, at some points it was 15 to 20 kilometres an hour which is more than if there had been DRS.”