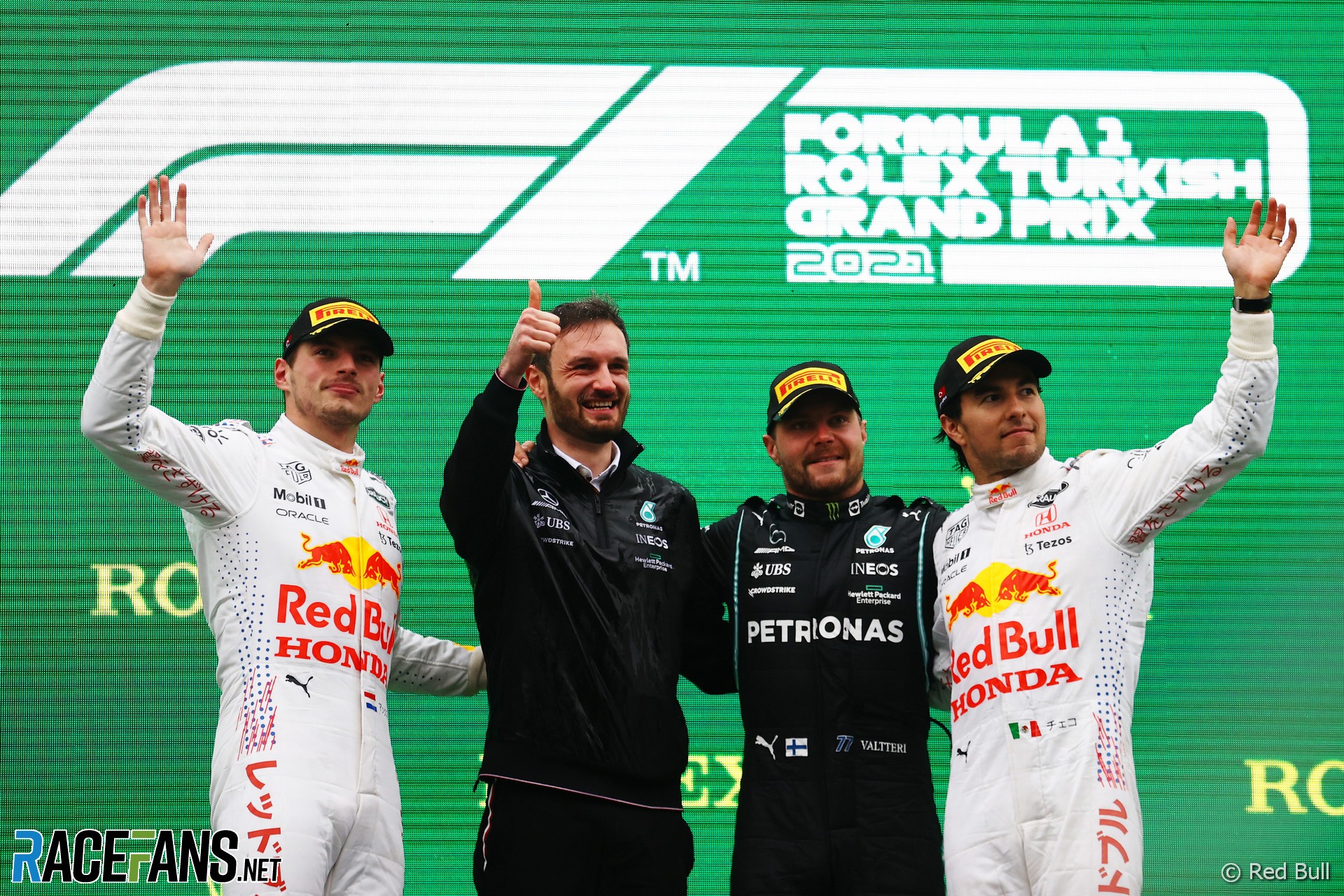 Despite re-taking the lead of the drivers championship at the Turkish Grand Prix, Max Verstappen warned Mercedes raised their game at the last round of the world championship.

Verstappen finished second in yesterday’s race, three places ahead of championship rival Lewis Hamilton, who had qualified fastest but started 11th after exceeding his allocation of power unit parts. The Red Bull driver now has a six-point lead in the title fight.

However after Valtteri Bottas put on a commanding display to win from pole position, Verstappen is concerned by the pace Mercedes showed at Istanbul.

“They were definitely quicker this weekend,” he said. “We just didn’t get it together and also in the wet they seemed to have a bit of the edge as well.

“So we’ll have to analyse of course why we weren’t that competitive here and I definitely do think they probably stepped it up a bit more.

“So even with the points it’s not going to be easy. But I think I even said it before we even started the weekend, so far we’ve had a really good year so it’s not going to change the world for me if we finish first or second at the end of the day.”

Following yesterday’s race Red Bull team principal Christian Horner said Mercedes have made a clear improvement with the straight-line speed of their W12.

The next round of the championship is at the Circuit of the Americas, where Mercedes have won five of the last six races, and Red Bull hasn’t taken a win since 2013.

“I’m always going to give my best and we’ll see again in Austin how it’s going to go,” said Verstappen.

“We won’t give up, we’ll always try to do the best we can and hopefully, of course, at the end of the championship it’s going to be enough but if it isn’t I’m not going to sleep less.”

Verstappen suspects other tracks after COTA will suit his car better. “There’s lot of flat-out sections, tyre wear is quite high as well, so there are a few things to look into. I think maybe at some other tracks we can maybe be a bit better, but it’s never going to be very easy.

“The whole year already has been quite close, of course. Sometimes it looked like maybe we were a bit better but then sometimes also they were quite quick. I just hope that from the remaining races a few tracks, or more than half, are better for us but we’ll find out.”