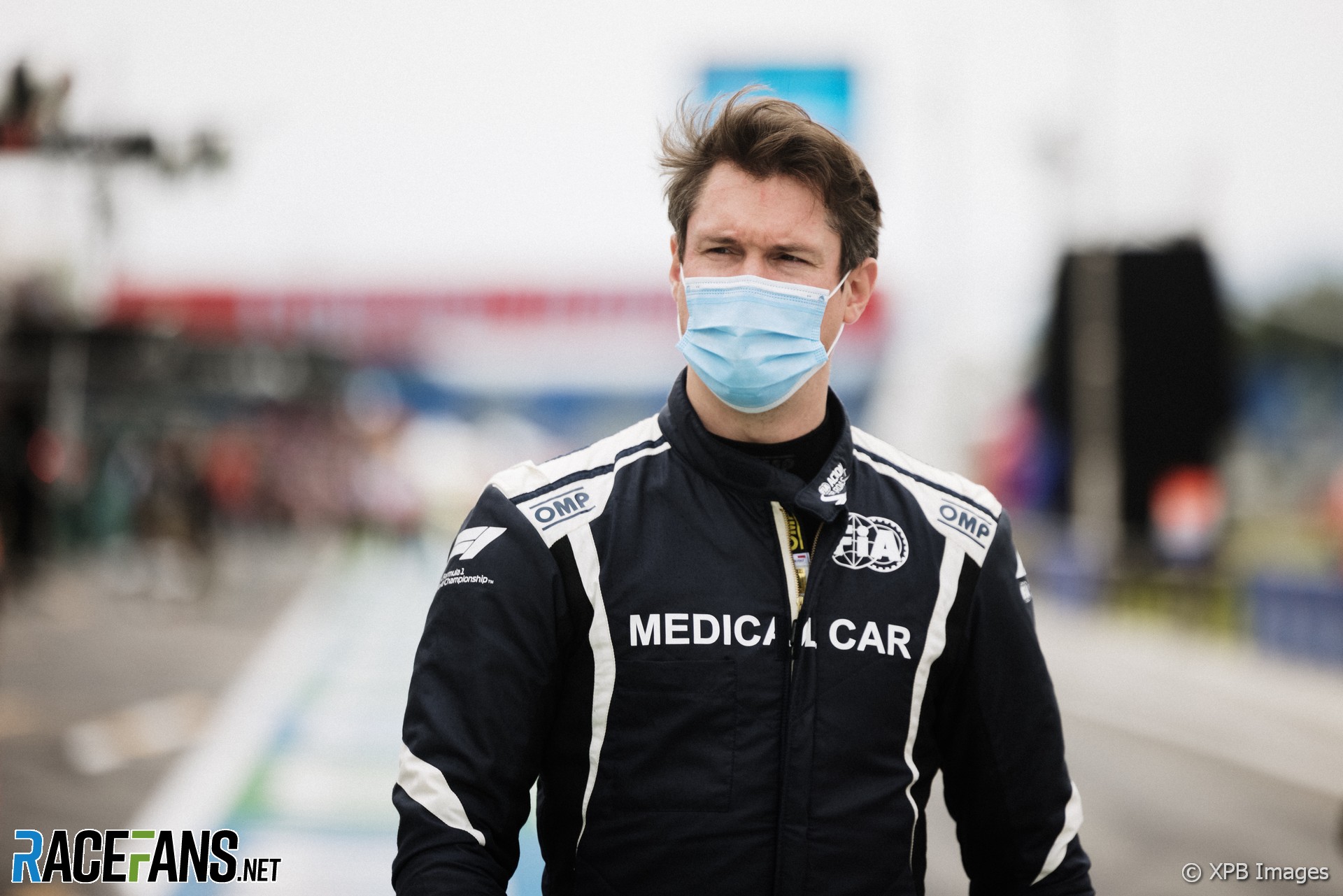 Formula 1’s Medical Car driver Alan van der Merwe is likely to be absent from further races this year due to Covid-19 restrictions.

Van der Merwe contracted Covid-19 for the second time ahead of the Turkish Grand Prix and was unable to take part in the weekend. Dr Ian Roberts, who he shares the Medical Car with, also tested positive prior to the Istanbul event and was replaced.

As van der Merwe is not vaccinated against Covid-19, he may not be able to accompany F1 to future rounds of the championship in countries depending on local restrictions.

“From what we understand there’s a couple of countries that you probably won’t be allowed to enter the country unless you are vaccinated, which is no different to in some parts of the world, malaria shots or whatever it might be that you can’t enter,” said FIA F1 race director Michael Masi.

The FIA will “quite possibly” have to replace van der Merwe for some upcoming rounds, said Masi.

For the Turkish Grand Prix Formula E Safety Car driver Bruno Correia was drafted in to drive the Medical Car, accompanied by Dr Bruno Franceschini in place of Roberts.

“Bruno Correia has actually been one of our driver advisors in F2 and F3 this year,” Masi explained. “It’s a broad family and it was great for both of them to be available at short notice. They’re always sort of our first reserves in the case of something like that happening which none of us ever wish.”

“Having spoken to both Alan and Ian multiple times over the weekend they’re relatively okay,” Masi added. “Both have been available all weekend on the end of a phone or whatever needed to help Dr Bruno and Bruno in their acclimatisation into this world.”

Van der Merwe explained his reasons for not being vaccinated in a series of posts on social media.

“I am fully aware that I will potentially be less employable or that my freedom of movement will be restricted based on my choices,” he said. “That I will not choose convenience over my own health does not mean I am making decisions out of selfishness. We all just want to be healthy.

“I’ll continue to adhere to public health guidelines, reduce risk as much as possible, and I’ll respect other’s decisions equally. There doesn’t need to be polarisation or hate involved with every discussion about masks or vaccines.

“In Switzerland (I’m half Swiss) and other developed countries, prior infection counts as much as a vaccine. I trust that those countries know what they’re doing, and also respect countries’ more restrictive rules and not travel there.

“For the avoidance of doubt: if you want to get vaccinated, do it. I’m pro-vaccine for those that want and can have them.”